BangShift Question Of The Day: What Things About Older Cars Do You Miss The Most? 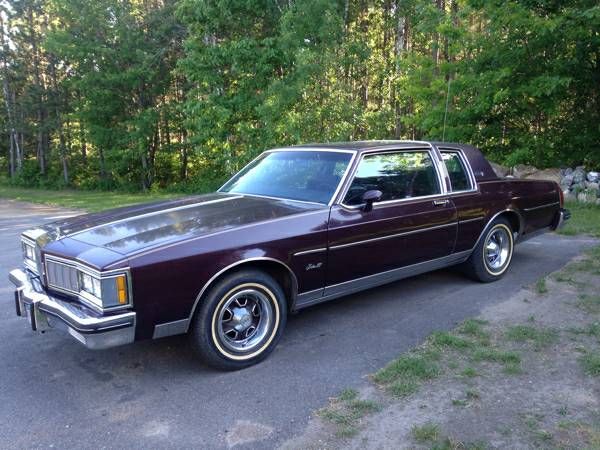 The generational gaps between model years of cars kills me. If that sentence doesn’t make sense, let me explain it like this: Go sit in a 1957 anything. Then a 1967, 1977, 1987, and so on and so forth until you wind up at a new car dealership, sitting in what would’ve qualified as both a racing bucket and a Lay-z-boy recliner, staring down an infotainment system that you need another 40 I.Q. points to properly come to grips with. Do you find yourself pining for the older cars? I’ll admit it, I do. Ever since I got the Great Pumpkin Mustang on the road, I’ve been driving it exclusively, only taking the Chrysler out when I need to make a journey out of Bowling Green proper…and only doing that because I don’t trust the tires on the Mustang that well. I grew up in older cars…my parents didn’t get anything close to 1990s era until I was 14, and the 1989 Toyota Celica GT was still pleasantly old-school in feel compared to what was available. Even now, I can pull up to a dealership in the Angry Grandpa Chrysler, slip into a Dodge Charger that is more or less the same platform, but it’s a whole world away in feel. 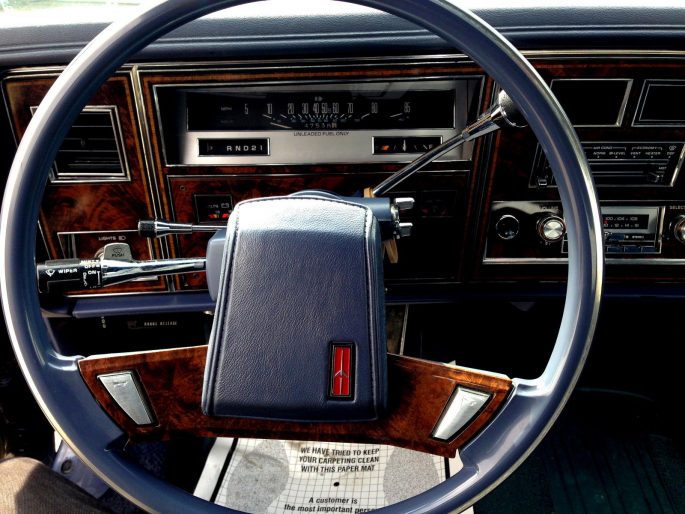 I can thank the crowd at Malaise Motors for kicking this thought into my head, because right now there is an ongoing discussion on what is missed the most from that era. I’ll promise you that I’m not missing 1980s sound systems, fake wood paneling, or sweep-analog speedometers anytime soon, but there are some really good things that could make a comeback. For an example, let’s use this 1984 Oldsmobile Delta 88 Holiday coupe for our experiment. Say what you will about the chromed railroad ties at each end of this B-body, but what it will take to royally mess up a bumper cover won’t do shit to those beauties. There is the realistic wheel size that MANY of you crow about. There is visibility inside the car thanks to low beltlines and judicial use of glass. There is room for adults in the backseat, and not in the “cram in there” kind of room, either. The gauges might be lacking a bit, but they are neat, legible and don’t have any gimmick to them. Basic controls, including a simple HVAC and an easy-to-use stereo system. And colors inside that aren’t black, gray, vomit sweep tan or whatever shade of red is supposed to be equivalent to “race-ready” this week.

What is it about cars from the past that you miss the most?

30 thoughts on “BangShift Question Of The Day: What Things About Older Cars Do You Miss The Most?”