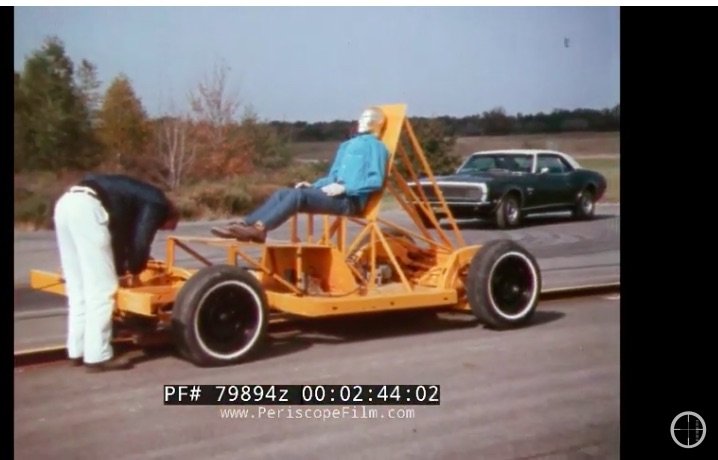 Now this is weirdly entertaining. You are about to watch a film called “Unrestrained Flying Objects” and it is a GM safety piece that is designed to educate people on the benefits of seatbelt wearing. Using the perspective of dummies, the video is wildly entertaining because of just how destructive some of the wreckage is, how the dummies fly about, and how people 50 years ago really needed  hard sales pitch on why wearing a seatbelt was a good idea.

As teenagers we were not great at wearing a seatbelt but these days there is really no excuse. In every crowd there’s the one in a million “I would have died if I had my seatbelt on,” guy and we get that. Nothing is perfect but doing nothing is a perfect way to get yourself hurt or worse out there. If you have a kid that refuses to put on a seatbelt heave them watch this. It’s hardcore.

Watch Bigfoot 1 Get Driven Harder Than We Have Ever Seen - Think The Front End Fails? Oh No COPO: Jesse Alexandra's Wild Ride After The Finish Line In Topeka Was Scary To Watch

One thought on “Freaky Good: This 1960s GM Safety Film Called Unrestrained Flying Objects Is All About Seatbelt Safety”