In 1962 Fireball Roberts Raced In The 24 Hours Of Le Mans In A Ferrari 250 GTO, Won His Class And Finished Sixth Overall- Here’s How and Why 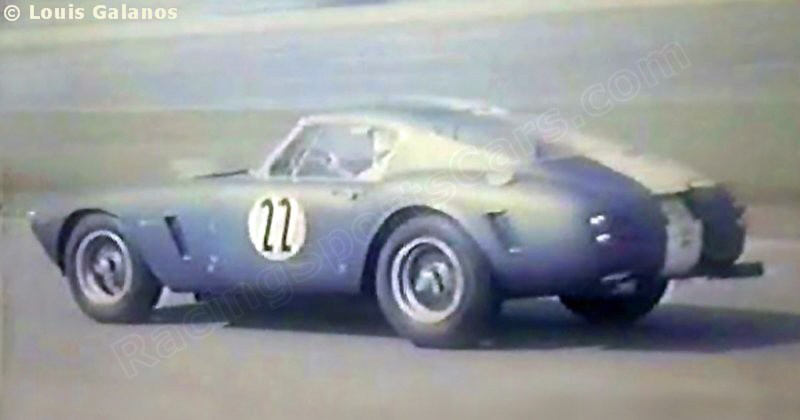 While it is a moment now largely lost to history, the driving performance that Glenn “Fireball” Roberts put in during the 1962 24 Hours of Le Mans along with his co-driver Bob Grossman for the famed Ferrari NART (North American Racing Team) of Luigi Chinetti shouldn’t be. It was a power play by Bill France, it was a validation of racing skill by Roberts, and it was the moment when a stock car racer first broke into the highest wrung on the international road racing ladder, but how and why did it happen? Look no further than Daytona and Fireball’s  domination of the track in 1962 for the shot he got that same year in the French countryside. You can also thank the always savvy and iron-willed (fisted?) “Big” Bill France for making it all happen.

First, some history. Glenn Roberts did not get his nickname on the race track. Instead he got it on his high school baseball team by firing strikes past batters at high velocity. The name would prove eerily prophetic as 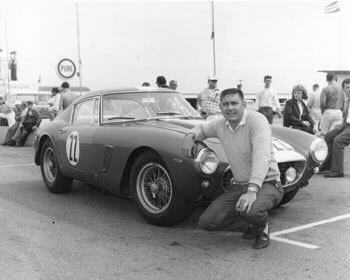 Glenn Roberts would die as a result of a massive fire which he was trapped in at the races. Although he did not die at the track, he lingered in the hospital for nearly a week before succumbing to his injuries which included catastrophic burns over 75% of his body. Ned Jarrett braved the flaming hell that was Roberts’ car to extract him that May day in Charlotte back in ’64. It was a death that many like Smokey Yunick carried with them until their own lives ended. But rather than dwell on the macabre let’s dial the clock back to 1962 and Speed Weeks on the high banks of the super speedway in Daytona, Florida, Bill France’s masterwork.

During the famed “Speedweeks” at Daytona in 1962 it was the Fireball Roberts show. Driving Smokey Yunick prepared cars, he won the big race, he won his qualifying race, he won the Grand National race, and he had also taken part in the three hour endurance race that was part of the whole extravaganza. When Bill France constructed the Daytona International Speedway he truly got the “international” part. Now he may have kind of sucked as a road course designer but the new mecca of speed had one and it was there for a reason. He wanted global respect for NASCAR and that meant having global competition involved within the NASCAR umbrella. Fireball Roberts was no stranger to sports car racing and he had dabbled in it during his free time in the late 1950s and into the 1960s. When it came time for France to up the ante of NASCAR on an international stage he needed the right car, the right guy, and the right race to have all those piece fall together. Luigi Chinetti was the right guy with the right cars, Fireball Roberts, arguably the biggest name in the sport at that time was the guy with the driving chops, and Le Mans was the place that had the glamour, allure, and air of importance that France wanted to promote the NASCAR brand in.

Fireball Roberts not being a dumb guy himself, understood what this opportunity was and he didn’t screw it up. This was a shot to show all of the racing world that stock car drivers may have sat in cars that don’t look like theirs, they may spoken with accents that didn’t sound like theirs, and they may not have looked like them, but those boys sure as hell could drive. No NASCAR competitor had ever dropped the hammer in an international competition like this and there were big questions as to whether to stock car contingent could turn right and left, brake, and handle something that wasn’t a huge tank on small tires with tons of horsepower. Teamed with well known and respected road racer Bob Grossman, the duo managed an almost improbable sixth place finish OVERALL. Even more awesome? They won their class, which was the Experimental 3000cc Class.

In the event you think we’re making this stuff up, here’s the actual results sheet: 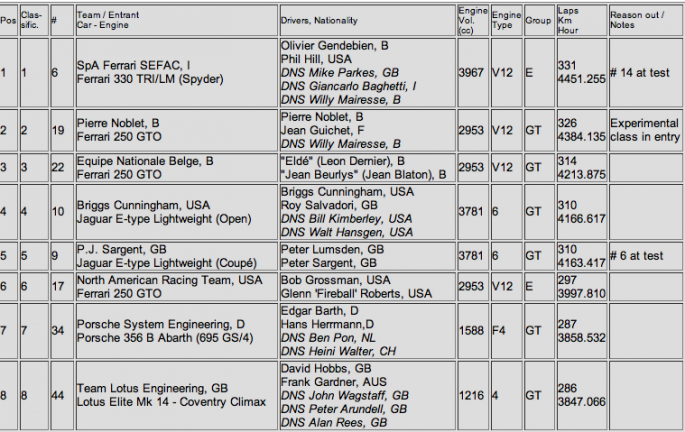 Reportedly, the French fans at the time loved the idea of the American stock car guy hammering on an exotic and beautiful Ferrari 250 GTO and chanted his name when he came by on each lap of the course. While it never became commonplace for NASCAR racers to compete at Le Mans there have been many guys who had done it over the years with varying levels of success. Cale Yarborough, AJ Foyt, Dick Brooks, Herschel McGriff, and more have all given it hell for 24 Hours (or however long their cars kept running). Perhaps the crowning achievement for a NASCAR driver or drivers to this point in history was the 2002 Race  of Champions victory which was won by Jimmy Johnson, Jeff Gordon, and Colin Edwards. Against champions from the realms of sports car racing, F1, karting, rally, and other disciplines, those three guys took on all comers and notched the only win for an American team since the event began in 1988. The best part is that they were all competing in identical cars so it truly was a skill battle.

After the 1962 adventure at Le Mans, Roberts went back to the banked ovals of NASCAR but the love of road racing never fully left his system. Roberts drove both the 250-miler and the three hour race at Daytona in 1963 in Ferraris and then raced a Shelby Cobra at Sebring as well. In 1964 he ran the 250 mile Continental race at Daytona in a Ford Falcon notching a runner up finish. Months later he would be dead. It was not the end that everyone had penciled into the story book. As the story goes, that race at Charlotte was going to be the last of his great career. It almost makes you sick to think about.

So as history has shown, those greasy, grimy faced stock car racers are pretty talented dudes behind the wheel. In today’s world, many of the top racing prospects not only in the United States but also in the world are vying for seats in NASCAR. Why? Well for one, that’s where the money is. For two, there’s a level of fame and public awareness attached to the sport that has never existed in American motorsports. These drivers are media moguls in an unto themselves. The opportunities are massive, the chances for success are slim, and one can argue that the international respect today’s stock car racer have first began to grow from those 24 hours in France more than 50 years ago when a lanky guy with a cool nickname hammered the gas in one of the most beautiful cars ever built and outpaced everyone’s expectations. How cool is that? 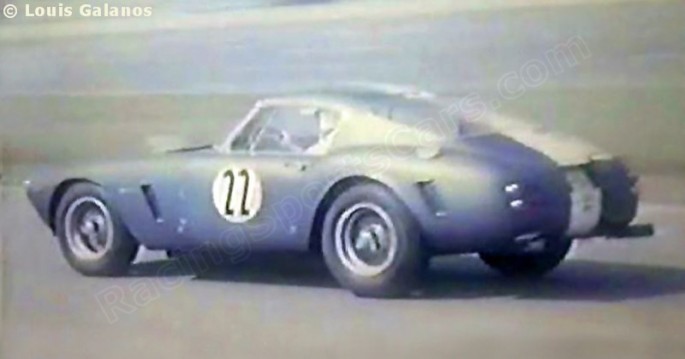 BangShift Question Of The Day: Is There A Reason To Continue Making The Chevrolet Camaro? This Video For the 1992 Typhoon and The 1992 Syclone That Never Was Is A Cool Time Capsule From The Early 1990s

2 thoughts on “In 1962 Fireball Roberts Raced In The 24 Hours Of Le Mans In A Ferrari 250 GTO, Won His Class And Finished Sixth Overall- Here’s How and Why”