Vintage And Vivacious: This 1964 LeGrand Mark II Sports Racer Has Been Restored And Now It’s Time To Race It! 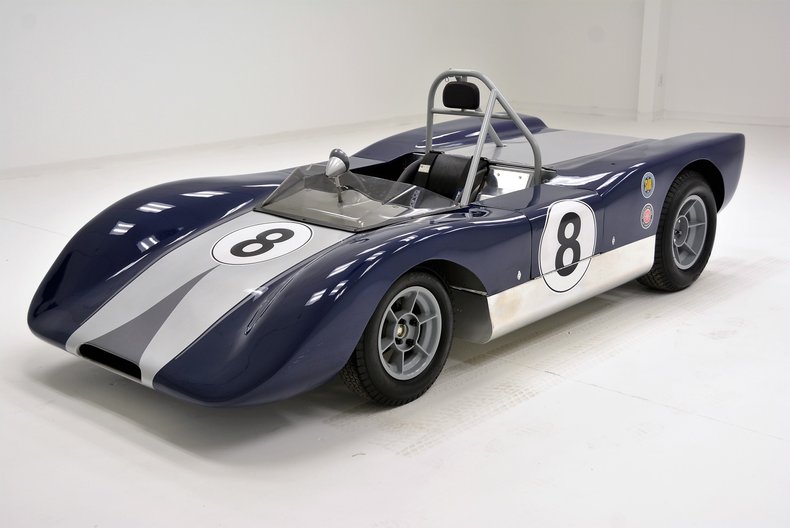 An admission. I’d love to go vintage sports car racing! The vintage sports car scene looks really fun and there’s loads of amazing cars and people involved in that whole program. There’s lots of wildly powerful and fast stuff out there like the old Can-Am cars, there are the killer old Cobras, vintage Trans-Am racers, and all the rest. I have had a fascination with old Sports Racers for a long time. In fact, when I was announcing the SCCA races back in college I loved watching the composite bodied sports racers the best and that’s why this 1964 LeGrand Mark II caught my eye and has captured my heart. While not the first of the breed, this car is the grandfather of the stuff you’d see on the track today.

Taking the design from their popular and successful Formula 4 open wheel racer and making it wider. With the body added, you have the classic look of the machine below. Initially it was Saab and BMW engines providing the power but this one has a Cosworth four banger hooked to a Hewland transaxle and the blue and white paint that makes me drool like an idiot (like more of an idiot).

This car has been completely restored and apparently only used once since that work was done. There’s a LOAD of photos that show the machine to be basically new in its appearance top, bottom, and sides.

One of the most gnarly features is the position of the coil over shock in the foot box of the driver! You never really think about that stuff but keeping your leg clear of that thing would be a good idea when hammering around the course.

This car is beautiful and likely sounds like a dream with that little Cosworth engine yelling out of the single header that exits straight out the back of the car. A restored time machine from an era when beauty was on par with performance. 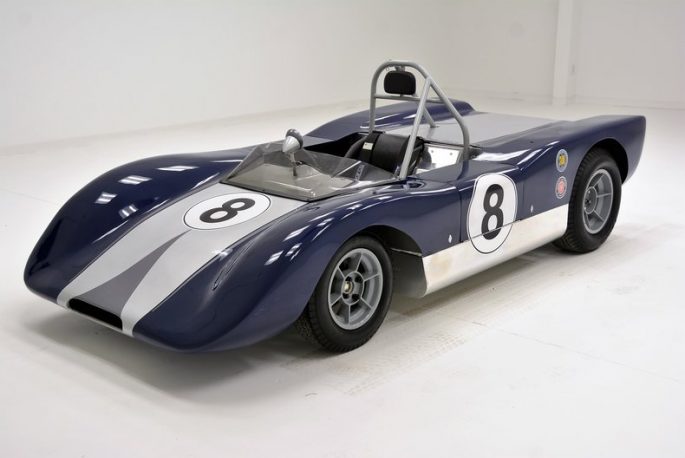 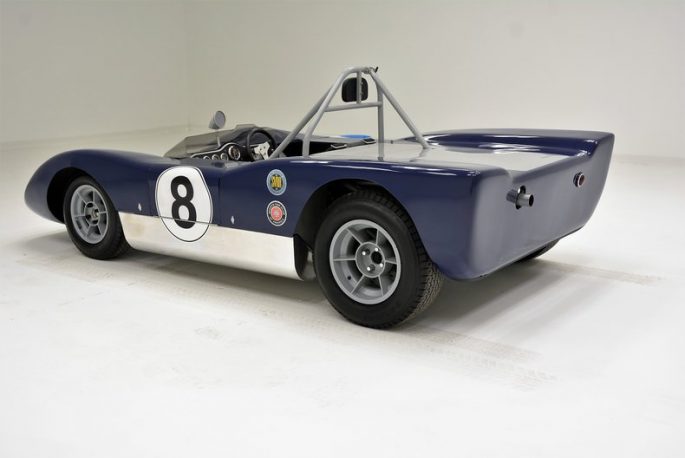 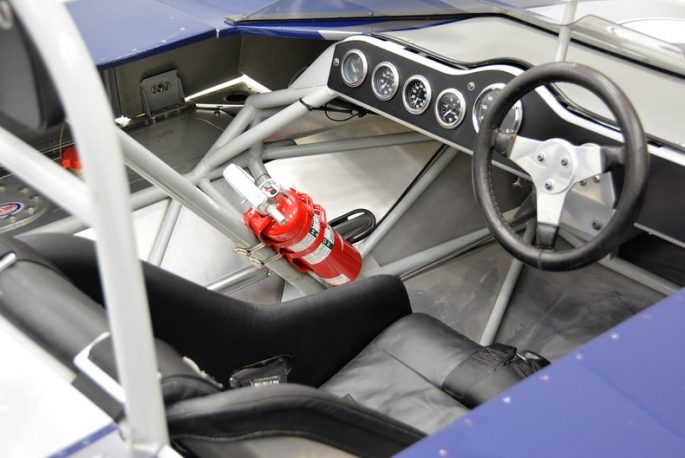 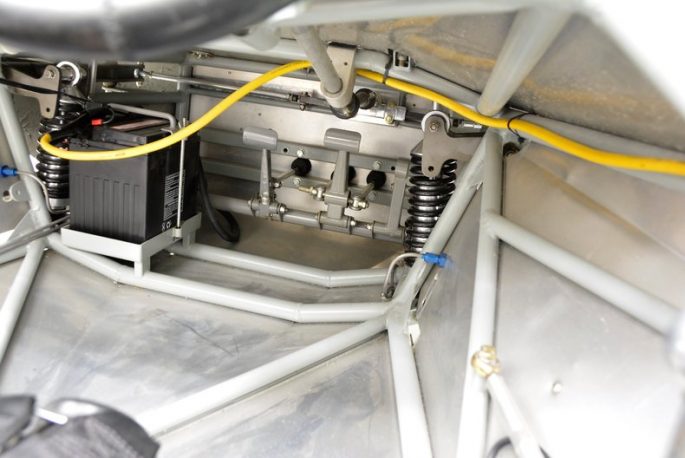 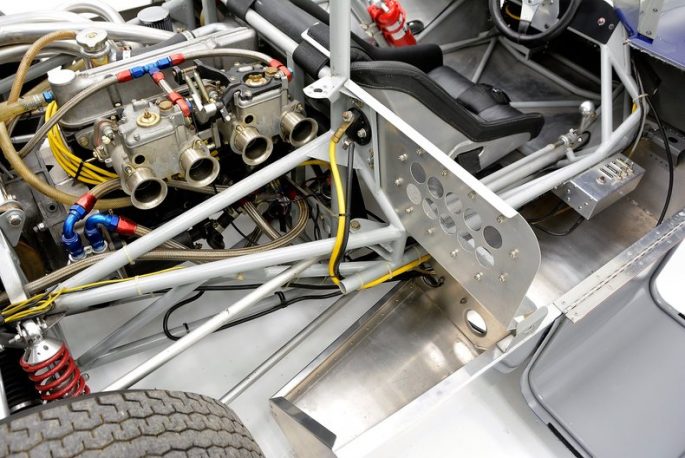 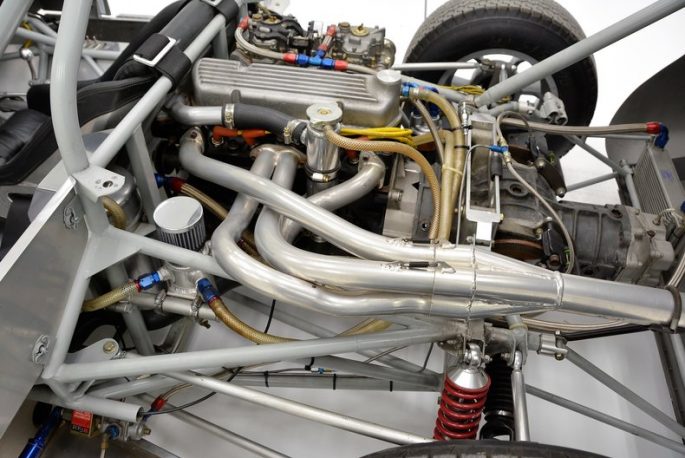 One thought on “Vintage And Vivacious: This 1964 LeGrand Mark II Sports Racer Has Been Restored And Now It’s Time To Race It!”