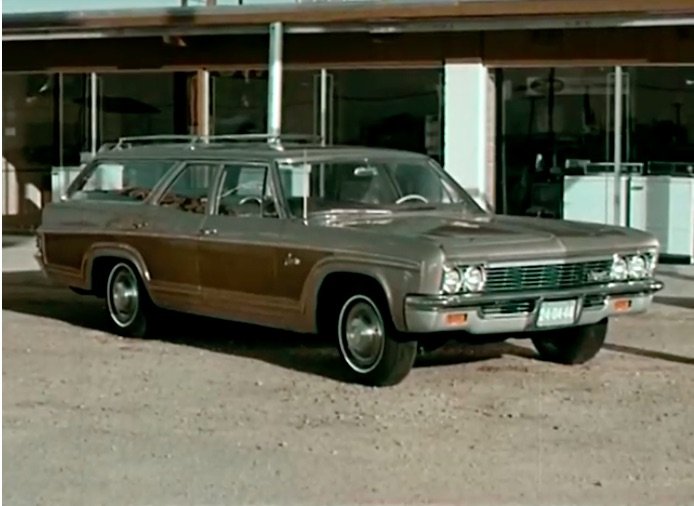 Remember the good old days when car companies actually made cars? We live in an era now when seemingly every week we see news that car companies are discontinuing the production of, well, cars. Back in 1966 these companies made all kinds of stuff. Sedans, coupes, trucks, and station wagons were all part of the fun a few decades back and each company had their own way of doing stuff and their own bragging points. In this case it is Chevrolet tooting their own collective horn in this battle between their Caprice wagon and the big offerings from Mopar and Ford. Station wagons were the quintessential American family car for decades. The gas crunch hit in the 1970s, all the stuff got smaller, and then SUVs happened, basically killing off the station wagon and replacing it with a smaller, taller, less good version of itself.

This video is narrated by the legendary Lorne Green. His baritone voice was super well known back in the 1960s and he actually had a spoken word “song” that hit the charts with Ringo. He does not sing, but basically narrates a poem and it is pretty freaking great.

As is always the case with this junk, its hilarious propaganda. We just love the period, the fact that it shows wagons being used, and the fact that these cars are bitchin’.

Unhinged: The Road To Salvation Smells Of Ocean Spray And Evergreen Forests Grand Theft Auto: You Can Still Get Into A Trans Am GTA Like This One Without Breaking The Bank!