Stock Cars On The Strip: This Video From The 1967 USAC NASCAR Yankee 300 At Indianapolis Raceway Park Rules 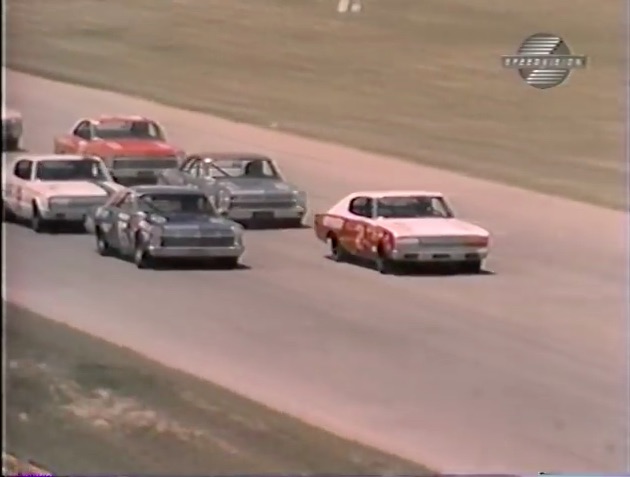 Ok, this is utterly and totally awesome…especially if you are a dork like me. You are about to see video from the 1967 USAC NASCAR Yankee 300 at Indianapolis Raceway Park. See, there are two well known racing facilities in Indy (ok more than that but just got with me here). There’s IMS, the Indianapolis Motor Speedway and there’s IRP Indianapolis Raceway Park. The first one is where they run the Indy 500 and the second one is where they run the NHRA US Nationals. That’s where this video was shot. See, there’s a now defunct road course that runs around the place and uses the drag strip as a half mile long straight. I had no idea that IRP ran this event for years the weekend before the Indy 500 but it is brilliant.

Why is it so smart? You have a place loaded to the brim with racing fans! You also have a place brimming with race car driver talent and name recognition. The lineup for this race was incredible and reads just like a rundown of the people who would eventually start the 500 the next weekend. Andretti, Foyt, Jones, etc. They are all in this thing, banging fenders in big old steel cars on a flat road course. So good!

This was also an incredibly dangerous race. You will see cars sneaking behind inadequate guardrails into areas where spectators are and you will also see the most deadly looking pit row in racing history. The teams were just lined up on the outside of the straight! No wall, no protection, no nothing to stop someone from mowing them down like so many bowling pins. There are some close calls there as well.

Finally, the start of the race is amazing with the guy on the pole literally trying to drive Parnelli Jones off the road before the flag drops! This is so much fun!

Mark Williams Enterprises New CV-Driveshafts Keep You Out Of A Bind - Strong and Versatile! Hard Hit Video: Watch A Pulling Tractor Driver Get Beat Around So Bad His Helmet Flies Off!

4 thoughts on “Stock Cars On The Strip: This Video From The 1967 USAC NASCAR Yankee 300 At Indianapolis Raceway Park Rules”