This 1970s Pantera Sales Film Is Beyond Awesome – Bob Bondurant, No Acting, And One Sexy Car 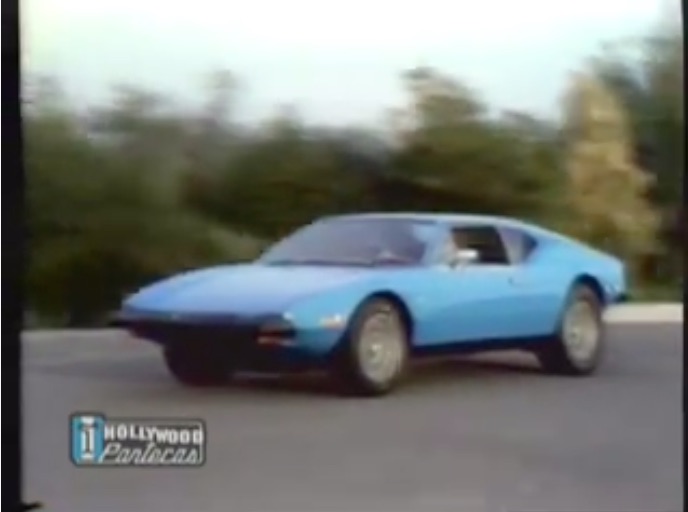 We are all kind of in love with the De Tomaso Pantera around here. Listen, they were cool cars! Sure they suffered the same fate as the rest of the stuff in the 1970s with big dumb bumpers and decreasing performance but hot damn were they good looking. This video was made somewhere in the mid-1970s (judging by said big dumb bumpers) and it features racing legend Bob Bondurant talking about the features and advantages of the Pantera over other exotic and world renown sports cars. The video was made by Lincoln-Mercury who sold the cars through their dealer network.

What’s super great about this is the fact that we see the four cars that the Pantera is being benchmarked against at the start of the video. They are the Porsche 911, the Corvette, the Jaguar E-type, and the Ferrari Dino. All of them fall into about the same price point and frankly we think the Pantera is the best looking one of the bunch by a mile. Yeah, the ever weakening 351 engine is a bit of a demerit but the fact of the matter is that ALL of the cars shown weren’t in their best form by the time this video was made and people still bought them.

The only downside here is that we don’t see a lot of track action in the car. The customer testimonials are kind of hilarious. It’s like, “Who buys these cars?” If you think that Ford would show sexy young people buying them to give that example, you are 100% wrong. Old doughy looking guys are apparently the prime market for Panteras. Hey, their money spends as good as anyone’s!

BangShift PSA: Don't Catch A Bumper To The Face When Off-Roading - Be Smarter Than This Retro Review: This Look At The 1991 Lumina Z34 Is Pretty Great - 200hp and A Stick!