This 1972 Mercury Montego MX Villager Wagon TV Commercial Is Hilarious – Who Comes Up With This Stuff? 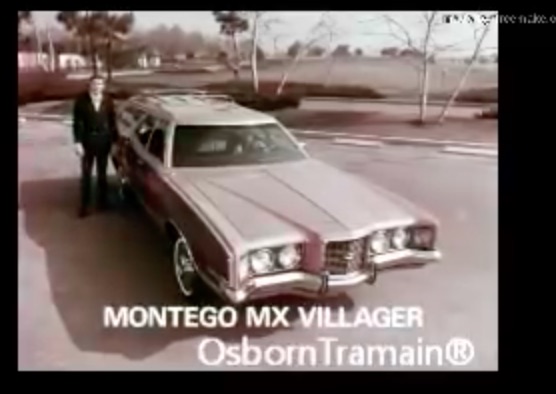 If there was ever a best of times/worst of times period to be an automotive executive in America, it was the 1970s. Sure, the market was collapsing under you and sure the decisions you were making hastened that whole thing in happening, but you had insane amounts of control and you could do whatever you wanted. You likely got drunk at lunch and came up with ideas like the one below in the form of the 1972 Mercury Montego MX Villager wagon tv commercial which features a local “handwriting champion” performing her art in the “way back” of a monster Mercury station wagon.

“If you’ve tried writing in a moving car, you know the problem,” says the big voiced guy narrating the deal. We’re all just scribbling away as we cruise down the highway, so we can understand the market they were chasing. The other slightly ridiculous statement is made at the beginning of the commercial when the host guy talks about the lack of ride quality in a station wagon. Wouldn’t something that weighed 5,000lbs and had a wheelbase of 1.3 miles ride pretty decently? It isn’t like this thing is a freaking 2-ton truck or a road racing car, right?

All this being said, we want the wagon featured in the ad and we want the thing bad! How cool would this car be with a mild big block and six speed in it for road trips and junk of that nature. Not to mention the fact you could haul plywood in the back.

Big News: Chevrolet Steps Back Into The Medium Duty Truck Market - Did Not See That One Coming! Southeast Gassers Photo Action! Check Out This Race Coverage and All The Killer Cars

3 thoughts on “This 1972 Mercury Montego MX Villager Wagon TV Commercial Is Hilarious – Who Comes Up With This Stuff?”