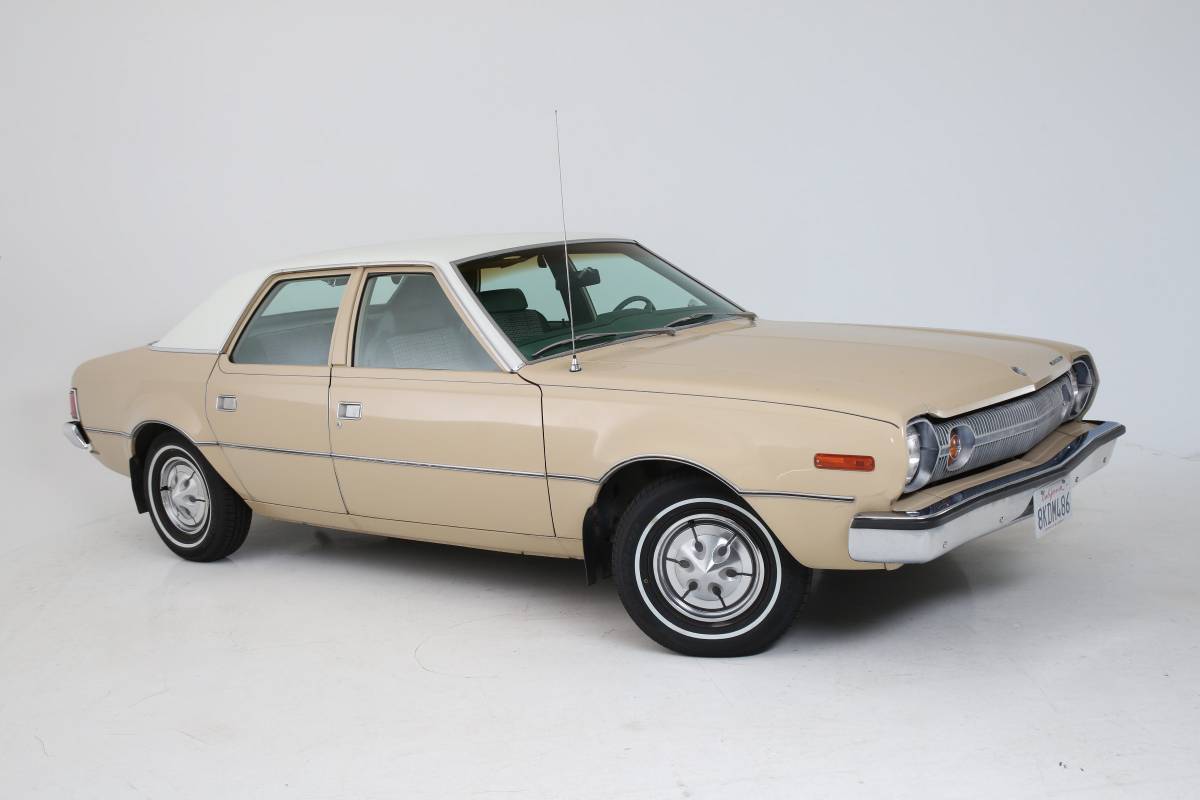 Intrepid BangShift tipster Rocco Bastone has sent us some neat stuff over the years but this one may be the topper. You are looking at a 36,000 original mile, 1973 AMC Hornet sedan that appears to be factory fresh in every sense of the word. The interior is perfect, the engine can be eaten off of, the paint looks like it was applied yesterday, and it even comes with the original into sticker proclaiming its sale price to be $3,371 bucks. Today the owner is looking for closer to $10,000 but we really can’t fault him to much for that but we can wonder aloud who’s going to want this car. Not that we don’t love the hell out of it, the machine just doesn’t really click a lot of the boxes that hardcore car people love the most, or enough to drop nearly five figures on.

This thing was clearly bought by a practical person, an old lady, or someone just looking for cheap, rock solid transportation that expressly lacked flair, noise, or even the ability to tune into FM radio stations. Yeah, it only has an AM radio, which was a $66.00 option. The exterior color of the car means that it would have blended in everywhere, especially in the tan-tinged world of California. The green interior seems to scream of old lady, and the factory 258ci, inline six with its 1bbl carb is not going to even think about turning the tire during “aggressive” acceleration.

Perhaps there is an AMC collector out there who could see this car as a way to fill out their collection. If you have high performance stuff, maybe an incredibly clean example of a “regular” factory car is what would round it all out for you. Driving this car would be fun for a while because of the old school analog experience but the lack of horsepower, not exactly inspiring look, and even maybe some nervousness about degrading its condition would take some of that fun away in short order.

An amazing car that’s lead a charmed life. Who gets it next?

Incredible: The 1973 AMC Hornet that time forgot is for sale – check this thing out 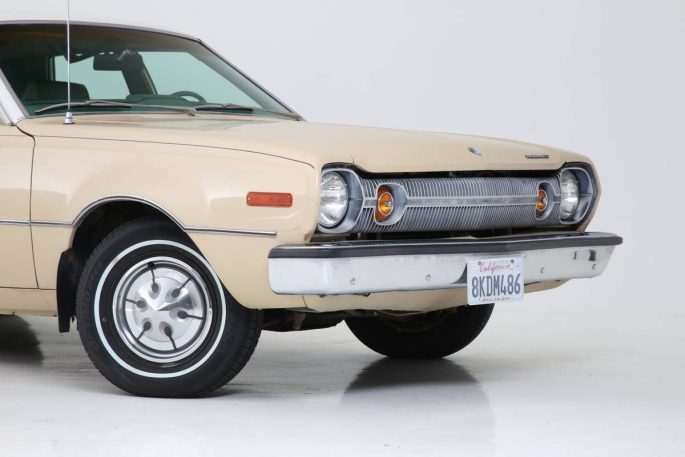 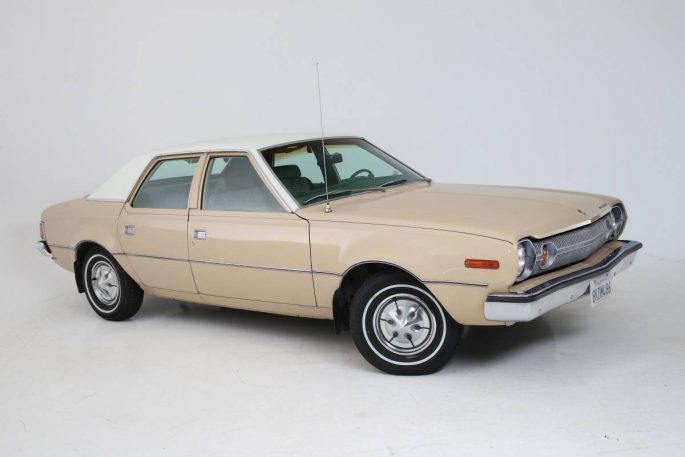 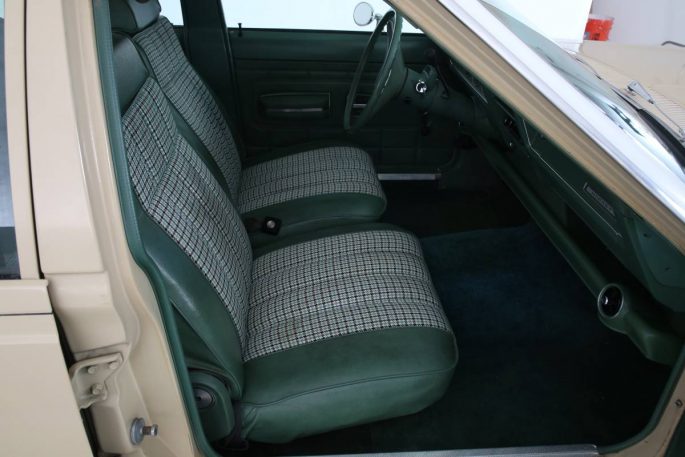 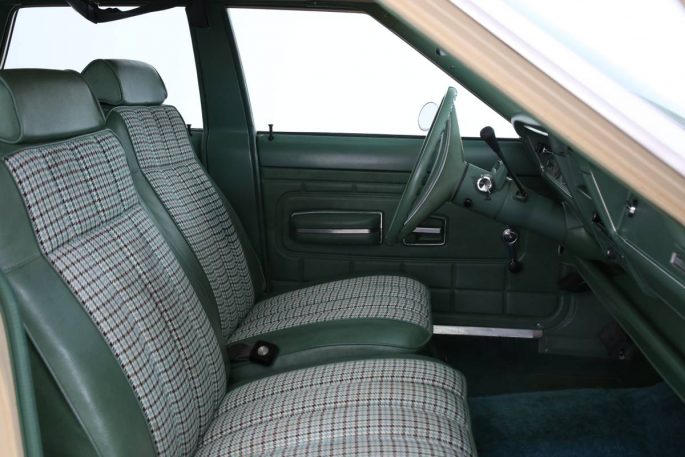 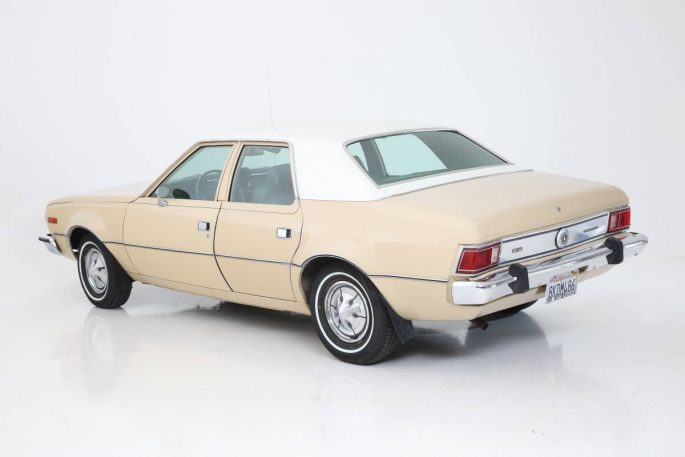 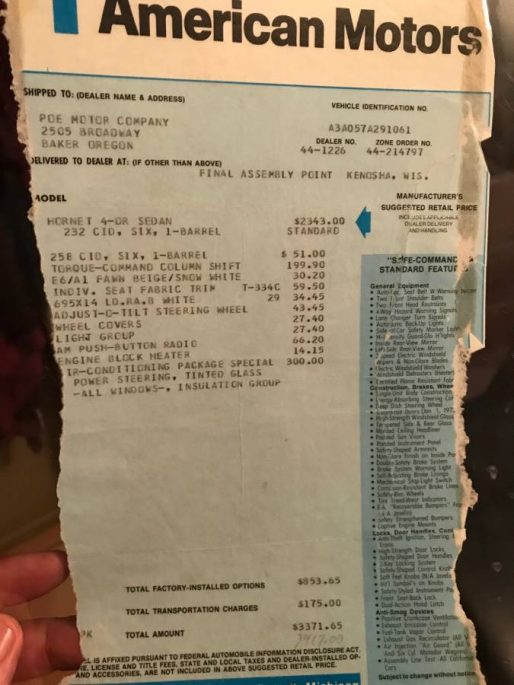 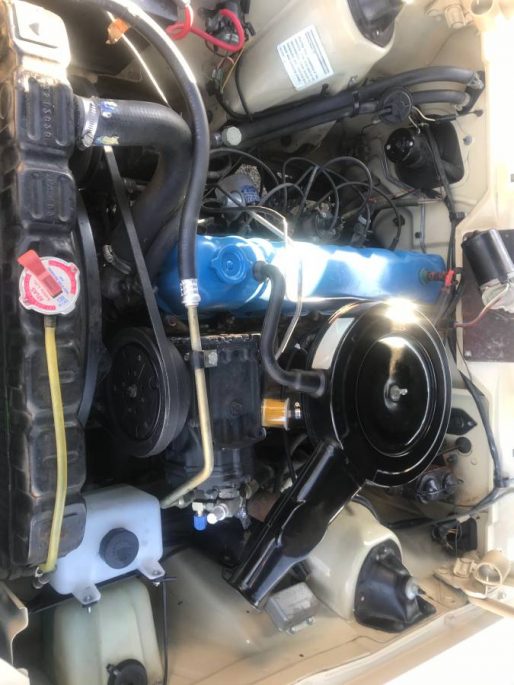 Sideways and Flying! Monza Plus Porsche 911 Race Car Plus Talent Equals Epic Video Incomplete: Buy Most Of A Cosworth DFX V8 - The Engine That Dominated Indy, USAC, and CART!