Is Honda Getting Ready To Release A Supercharged V-Twin Motorcycle? It Sure Looks That Way 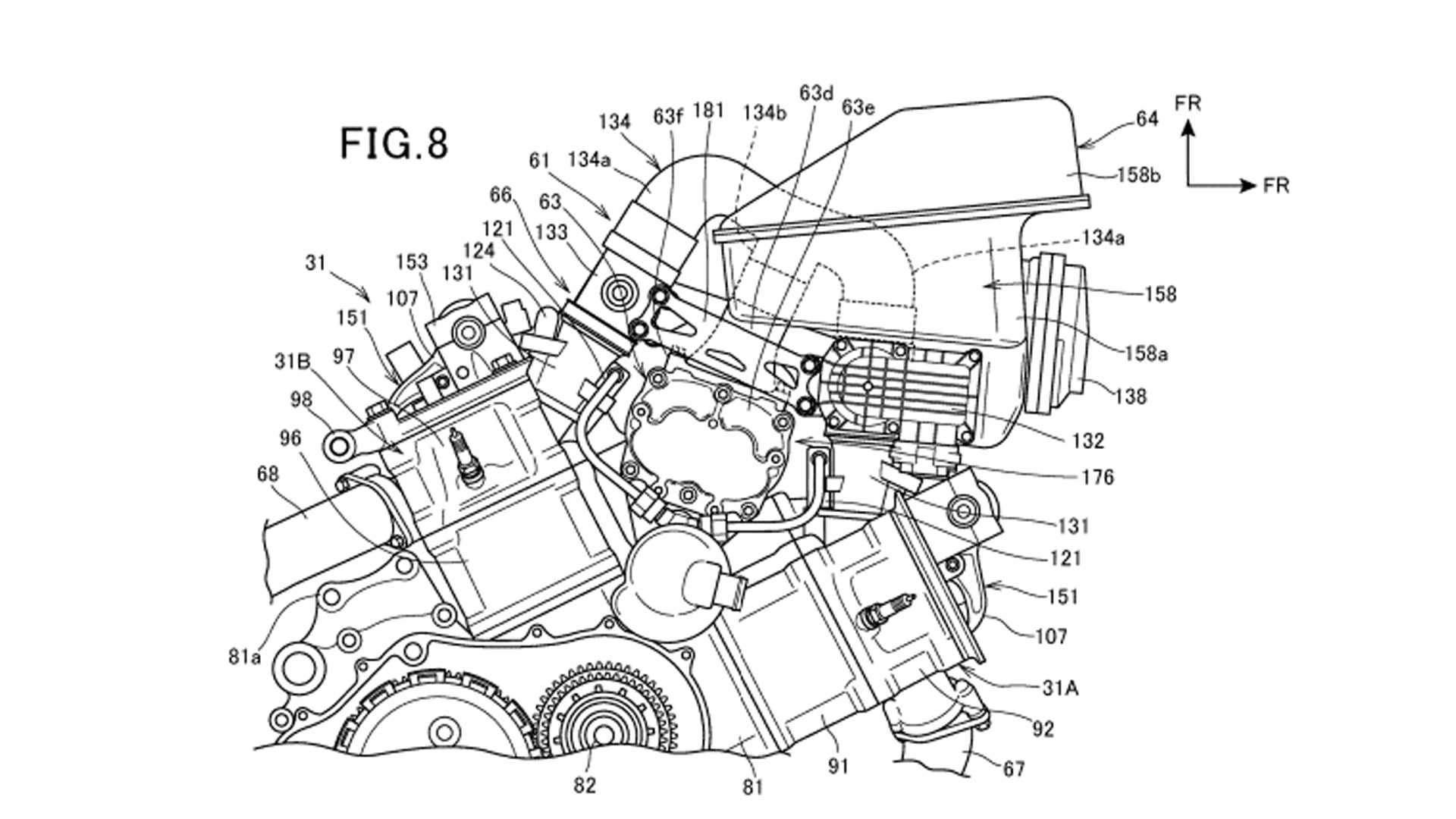 Boosted factory motorcycles tend to be instantly legendary when they leave the factories in which they are produced. From the Yamaha, Kawasaki, Suzuki, and Honda turbocharged motorcycles of the 1980s to the monstrous supercharged H2 of today, they have a mystique and performance level that draw enthusiasts to them like moths to a flame. There’s one thing that most of those aforementioned “boosted” factory motorcycles have in common though, engine layout. Outside of the Honda CX500 which used a Moto Guzzi style V-twin equipped with a turbo the rest of the machines have inline four banger engines.

Honda seems to be looking to add a new entry to the factory boost ranks with the patent drawings that have even filed for both a motorcycle and an engine. Unlike the engine in the 1980s motorcycle, this V-twin is more traditional in the sense that it’s mounted in the motorcycle “in-line” rather than with the “V” facing sideways. It looks to us that the plan is to use a small roots/screw/TVS style supercharger sitting in the valley between the two cylinders. The overall layout of the motorcycle seems to indicate a muscled up cafe racer style machine. Conceptually it is cool and we wonder how gnarly it will sound with straight pipes on it!

The crew from RideApart.com has loads more insight and information into this but it caught our eye for sure. We’re not huge motorcycle enthusiasts here but this thing looks like a BangShifty factory hot rod with a unique engine combo that is arriving from a slightly unlikely source. A hairy chested Honda, indeed.

RideApart: Is there a supercharged V-Twin bike in Honda’s future? 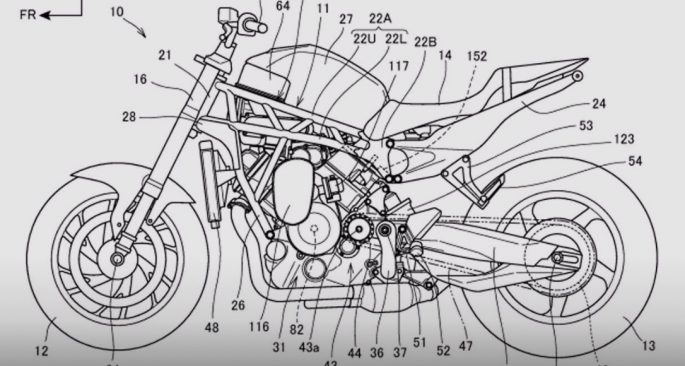 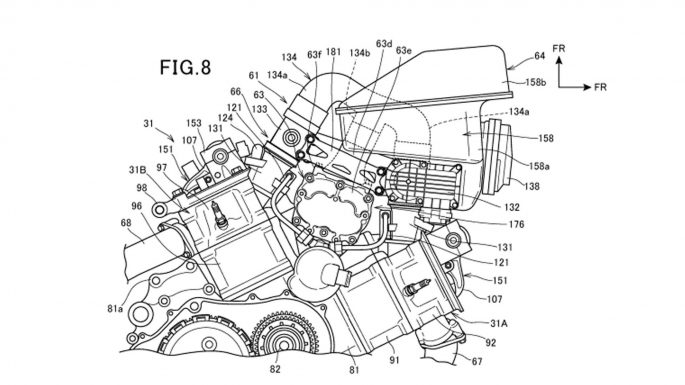 Smashing, Baby! This British Review Of The Then New 1974 Lotus Elite Is Glowing To Say The Least Sideways and Flying! Monza Plus Porsche 911 Race Car Plus Talent Equals Epic Video

2 thoughts on “Is Honda Getting Ready To Release A Supercharged V-Twin Motorcycle? It Sure Looks That Way”