Quick Junk: This Look At The 1986 Maserati Bi-Turbo Highlights A Car With Horsepower And Even More Headaches 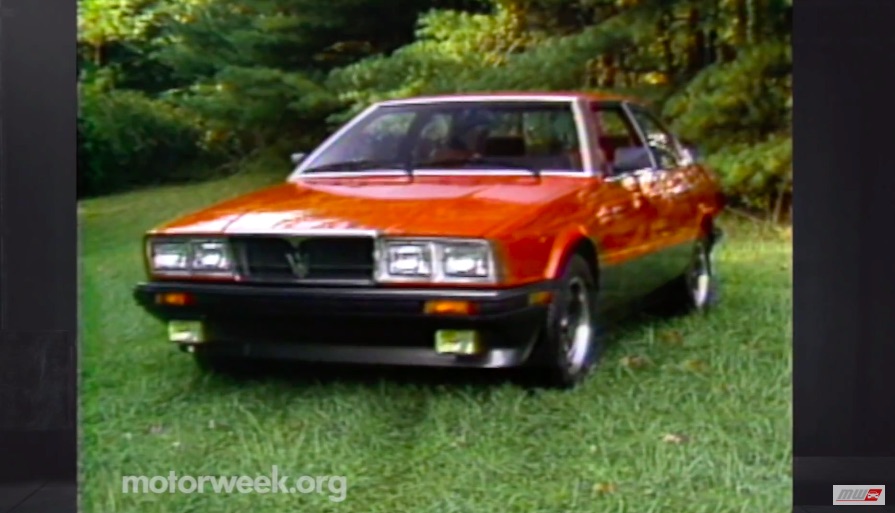 Man, the Italians have had some really interesting bad cars over the years. The 1980s Maserati Bi-Turbo examples usually make every list of “worst cars of the 1980s” because of the fact that they weren’t built that well, had the reliability of Yugo with the price tag of a Ferrari, and were more often found on the side of the road rather than hauling ass down it. I remember seeing a few of these as a kid and being pretty enthralled with the crown Maserati logo that appeared in the grille and on those little roundels that sat on the C-pillars. Pretty exotic stuff for a kid in a world that was swamped with Ford and Chevrolets and the occasional Dodge in the neighborhood.

When you watch this review you’ll notice the two things that this car had going for it. For starters, when they ran, they had some snot. For a larger boxy coupe to run 15.6 in the quarter in 1986 with a drive shifting his own gears, it was a hustler. The two turbos were blowing into a Weber carb, which was even getting long in the tooth by 1986 but it was a decent combo for making power until it wasn’t. The other decent thing about the car (before it started falling apart) was the interior. This was baller stuff. In 1986 my parents bought a new Taurus station wagon and it did not look anything like this baby does. The capper for me is the old school wooden steering wheel. Classy and cool. The wood on the door panels probably started delaminating shortly after filming this segment.

Maserati is a weird brand to me still. Their racing heritage is epic. From the birdcage right on up. But their street cars in America? Weird and largely not great. Even today they struggle to connect with the market here. Likely because their efforts are rooted in machines like the bi-turbo.

Party Time: Quick Ford Fiestas From The U.K. Look Gang, A Mystery To Solve: Do You Know Anything About This Mid-Engined Ford Mustang Prototype?

One thought on “Quick Junk: This Look At The 1986 Maserati Bi-Turbo Highlights A Car With Horsepower And Even More Headaches”