Wrong Name, Right Car? The 1988 Chevy Nova Embarrassed Muscle Car Fans, But Was It An OK Car? We Say Yes. 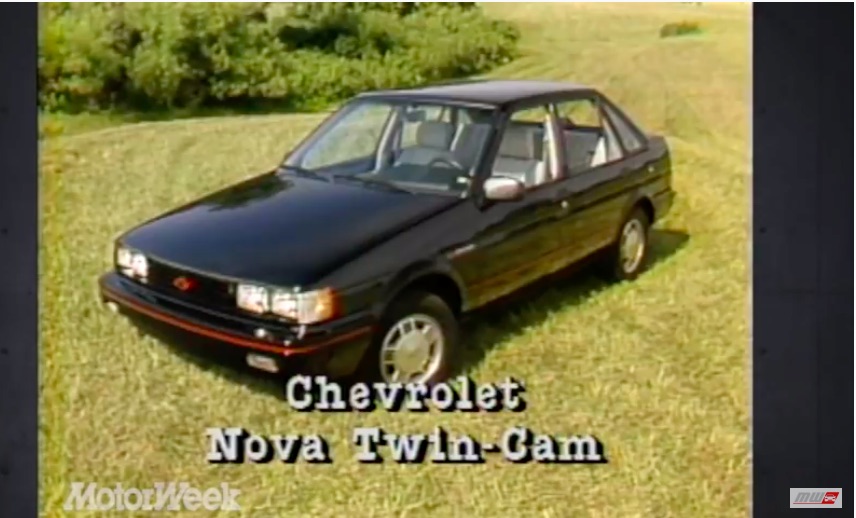 There’s a genre of car that literally does not exist today and that is the cheap, stripped down, high winding four banger powered, sporty econobox. This was something that existed for decades but did so on thin margins and justified its existence by selling in volume. The Japanese dominated this marketplace forever, the American companies sucked so bad at it then ended up teaming with the Japanese to figure it out, and now it is all but gone. You cannot buy a cheap tin-can of a car with a high-revving engine, a stick, and some legit spirit. You can buy bloated versions of that car without the fun engine and the stick but as you watch this video try and think of the equivalent to the 1988 Chevy Nova Twin-Cam today.

So the Nova Twin Cam was basically a Toyota FX14 Corolla with some different touches badged as a Chevrolet. The GM/Toyota NUMMI joint plant project brought this car to life and while my buddy Pete in college had a 1988 Nova, it was not a twin cam. This little thing with it’s 7,500RPM redline, 110 naturally aspirated horsepower, stick shift transmission, and lack of anything resembling luxury items was actually a solid performer for its day. 17.1/81mph in the quarter? It probably pulled a Monte SS for the first gear or two. 0-60 in 9.5 seconds? Not horrible. The idea of calling this the “Nova SS” of the 1980s makes us kind of sick but we can see where they were going with that.

The one thing most people likely took offense to was calling this car a Nova in the first place. We were less than 20 years off of the glory days of the big block Novas that threatened any and all comers for drag strip and street race supremacy and that had those awesome factory lines. Chevy guys must have wanted to pretend that these did not exist.

You have to judge things in the context of their time and this little car was the right move at this moment for Chevy, we’d kind of like to beat on one. Power shifting the thing at 7,400 must have been a riot!

3 thoughts on “Wrong Name, Right Car? The 1988 Chevy Nova Embarrassed Muscle Car Fans, But Was It An OK Car? We Say Yes.”