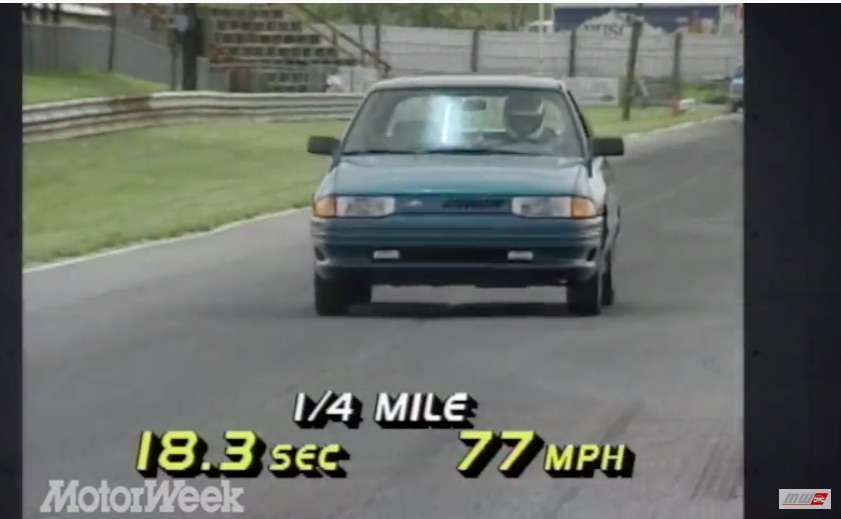 I was 13 in 1993 when this car came out and I didn’t really like it when I first saw it. That’s a fact. It made me smile when this video came up on the MotorWeek Channel though because it was either going to confirm my 13-year old opinions or it was going to blow them them. Both outcomes had some entertainment value to them so I watched. As it turns out, I was not too far from wrong in my diastase for the little Escort GT which I thought was too lame and slow to be called GT anything. I am sure for the time that I provided some mild kicks to people who needed to commute in it ever day but dang I really thought that these things were lame and this video validates my opinions.

Today’s small hot cars are way better than this thing and I’m not even sure that the Ford Escort GT brought much to the table to move the “small sporty car” segment ahead. Other cars, specifically those coming from Europe really moved the needle on the driving experience front and this was basically a conglomeration of some Ford and mostly Mazda parts. It seems just really close to what the 323 would have been back then.

As it turns out, 13 year old Lohnes was wrong about a lot of stuff but his opinions on the matter of the Ford Escort GT were money in the bank!