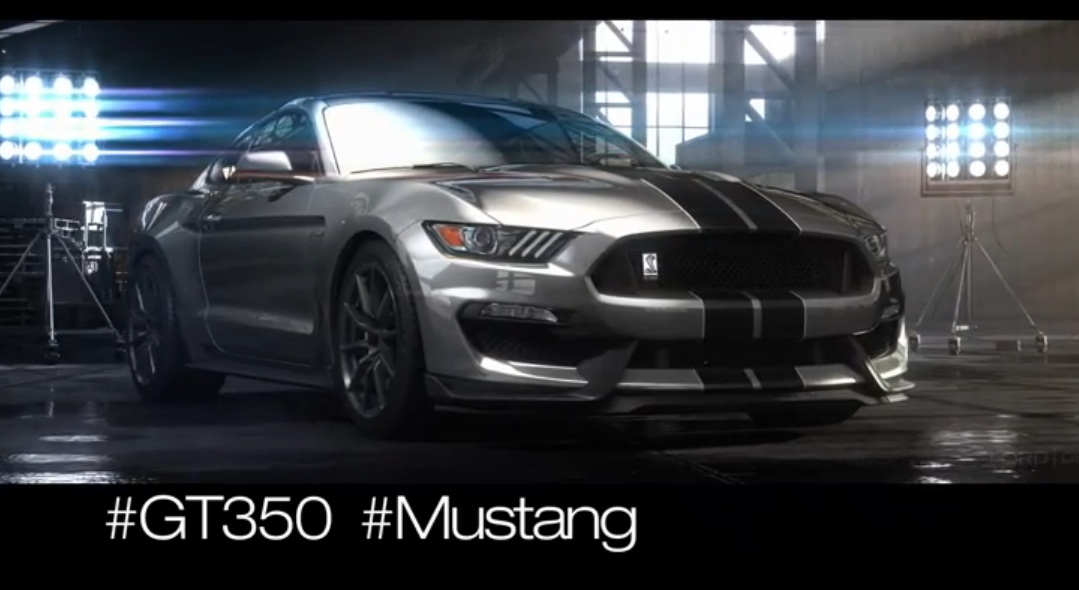 Yesterday, Ford announced the 2015 GT350 and released a cool video and some information about the car. What’s really neat about this thing is that it isn’t just some sticker package car with a gimmick, it is a full on bad ass that goes above and beyond the normal production Mustangs in important ways. The most important way is via the 5.2L engine that uses a flat plane crankshaft which will see it revving and sounding unlike any other Mustang ever built. The engine will be naturally aspirated (for this model) and the company is saying that it will be the most powerful naturally aspirated V8 in the company’s long history. Thankfully the car will only be offered with a six speed manual transmission so sissies need not apply. Horsepower guesses we have heard but the number in the mid 500s.

The GT350 represents the opening salvo in a series of special edition Mustangs that will roll out over the next few years. Make no mistake that the escalation will continue quickly after this one. The fact that they went with a naturally aspirated combo to lead off with makes great sense because they can move to forced induction next and keep wicking up the power as they want. While cars like the Hellcat have made a big splash with their 707hp engines, where does Chrysler go from there? Ford took the more strategic approach and have debuted a more balanced car which they can now build off of. The suspension has also been upgraded as the car wears the IRS that all Mustangs have but it is also equipped with continuously variable dampeners the likes of which are found on Z51 Corvettes and other modern super cars. Huge Brembo brakes will be at the corners, the ABS, exhaust, suspension, and other systems will have dynamic settings that drivers can taylor to their own desires.

There are also styling additions that make the car look more aggressive than a standard issue Mustang, which you’d expect. The whole package looks cool as hell and it seems pretty true to the GT350 bloodline that Carroll Shelby established some 50 years ago. Ford fans, rejoice. This is one worth getting excited over!

We have the Ford roll out video below but we also have a spectacular video that highlights the unique and brutal sound that the flat plane crank motor makes. It has a real snarl and bark to it.