Motorized Freak of the Week: The 1934 McQuay Norris Streamliner 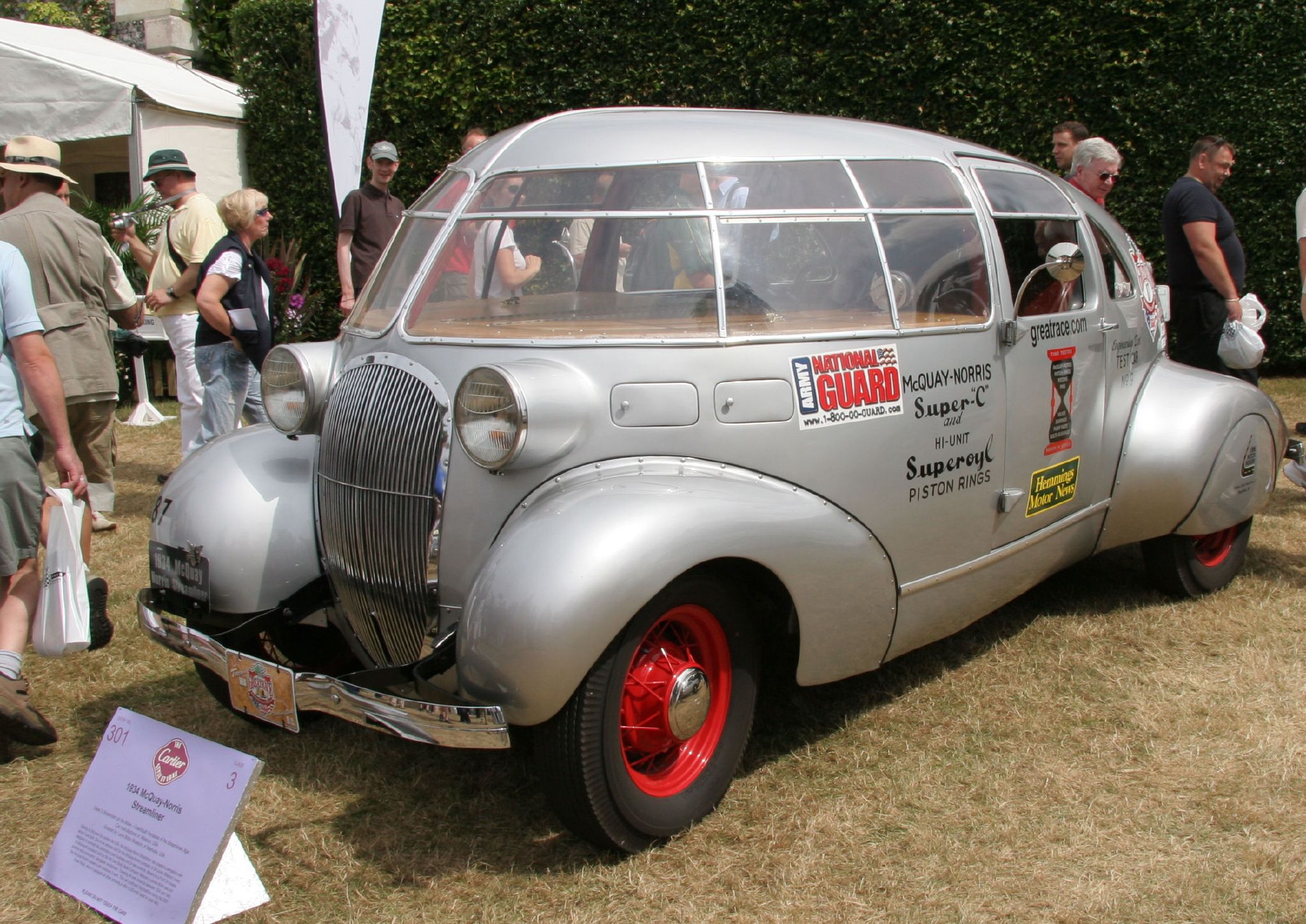 Mechanically, this week’s oddity is nothing more than a V8-powered 1934 Ford. Stylistically, however, this thing looks as though it just came from outer space. This Motorized Freak is the 1934 McQuay Norris Streamliner, one of the most cartoonish looking vehicles to ever set forth on American roads.

Six of these weirdos were built in the early 1930s as promotional vehicles for the McQuay Norris Company. McQuay Norris manufactured pistons, rings, bearings, and other hard engine parts. Because durability was the name of the game back then and advertising in the 1930s was a lot different than today, the streamliners were built to promote the company and the components they manufactured. Driving almost constantly from 1934-1940 the six streamliners racked up incredible miles visiting customers, testing parts, and spending as much time in front of the public was was humanly possible. As you can faintly see from the photo below, the driver sat pretty fat back in the middle of the body. He used the wild wrap around windows to see where he was going and where the rest of traffic was.

Outside of the advertising angle of things, there was an analytical aspect to these vehicles as well. They were all equipped with a myriad of gauges and monitoring systems to keep tabs on every aspect of engine performance from blow by to EGTs and more. Despite the massive size of the interior, only one guy fit into the streamliner with room for one suitcase behind him. That’s horrible space management but we get it.

The body is made of steel and aluminum worked over a wooden frame. It’s important to note that these were all hand made. The early 1930s were not exactly a hot bed of automation. The windows were all made of plexiglass. The Hill Auto Body Metal Company of Cincinnati, Ohio, built the bodies and mounted them to the Ford frames. These cars literally stopped traffic when they rolled into town with company salesmen making visits to distributors and customers. There apparently two left and Hemmings has one in its Bennington, Vermont, collection. As you will see in the photos below, one of them has been out and about on events like the Great Race. That’s pretty awesome.

The metal work and glass work on these cars is damned impressive for the era that they were constructed. Completely hand formed and made, it is a testament to the skills of the craftsmen that these things still remain in such good shape after all the road miles they put in back during an age long before the national highway system was built. Sure, it looks like a clown car or something from a Buck Rogers movie, but we kind of like it. What about you? 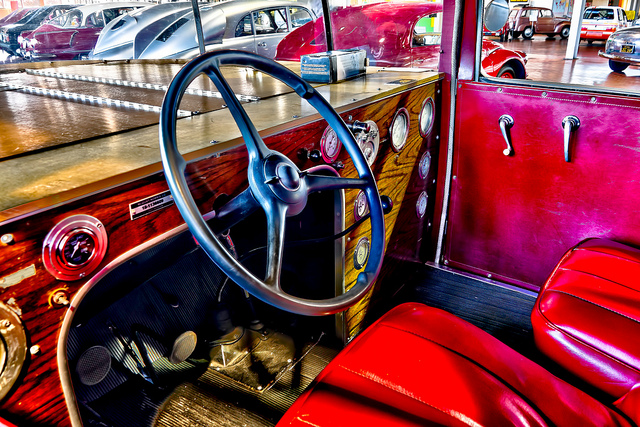 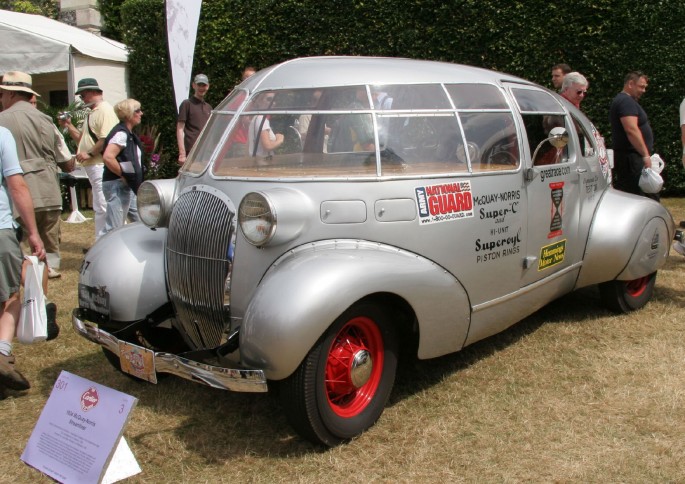 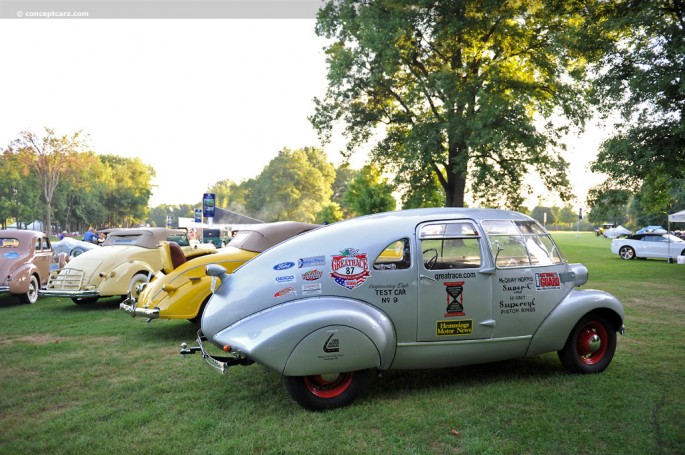 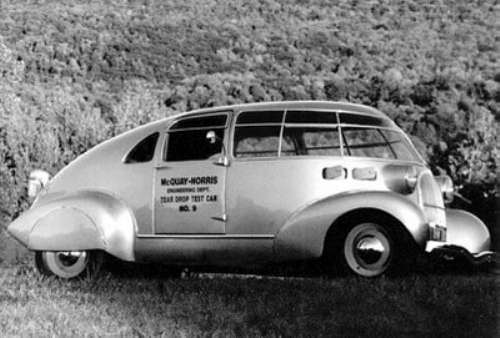 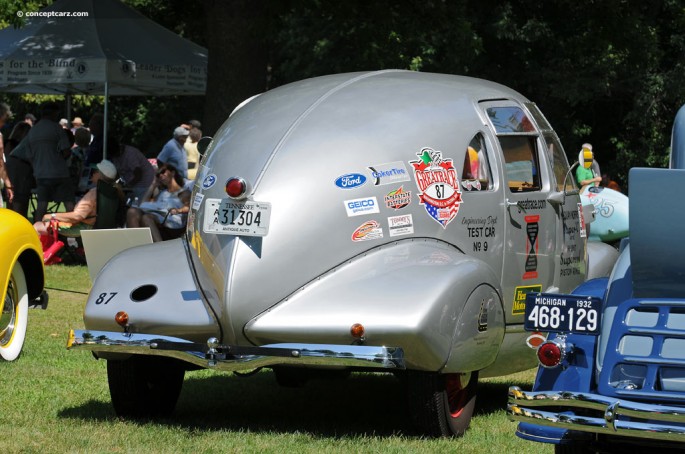 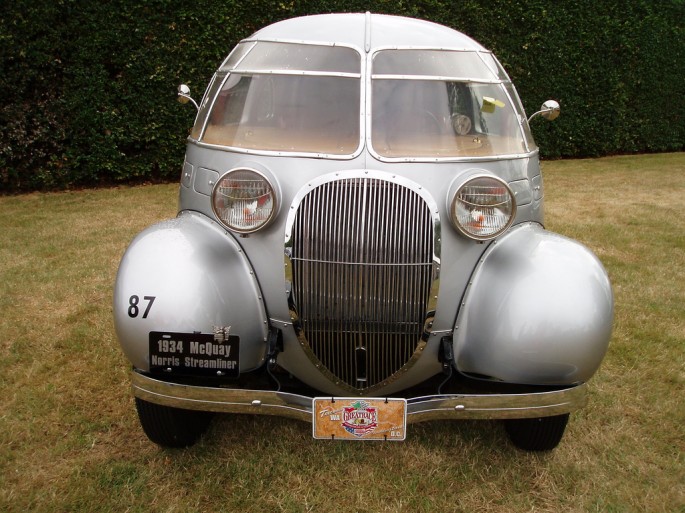 How To Flare Fenders At Home: Steel Fender Flares Are Within Reach! 2015 Mustang GT350 Has 5.2L Flat Plane Crank V8 And Attitude For Days - Video Of It Screaming On Track Here!

4 thoughts on “Motorized Freak of the Week: The 1934 McQuay Norris Streamliner”