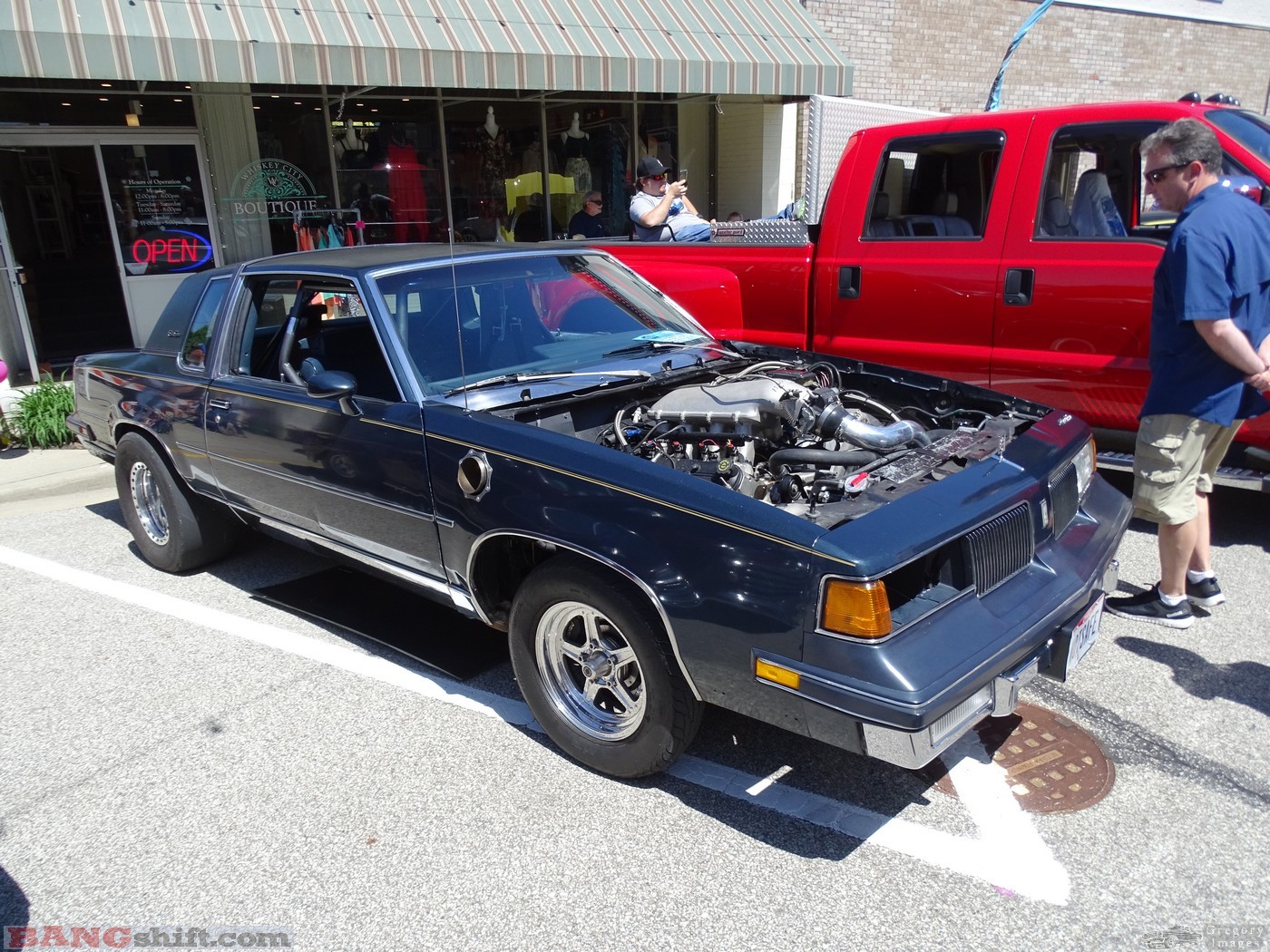 (Words and photos by Doug Gregory) – This gallery is pretty much a hodge-podge of stuff I didn’t know where else to put which is a recurring theme for me this year.  Mostly it’s hair-band-era stuff and there is a bit of everything.  A Dodge Shadow and Honda CRX are not normally something you’d expect, but for nostalgic reasons I’ve included them.  The kinds of events I attend do not traditionally attract such mundane offerings from my youth.  Plymouth Prowlers are a rare sight and a clean DSM 3000GT is practically like seeing a unicorn.  A convertible McLaren Capri is something I had never seen in person before though I have seen a few hatchbacks in the past 20 years.  The van, dually flatbed thing is not something I’ve witnessed since crossing paths with a Dodge Dreamer Van almost 30 years ago at a track in Alabama. If nothing else it appears to be useful. I know a Ford Pinto in near stock form isn’t really a performance car, but they could be a lot of fun.  It was in one of these I performed my first e-brake slide.  Examples as nice as this one are few and far between.

I never did ask the people with the light blue Gremlin X why mogwai were all over the car.  I mean I get the reference, but it’s not an AMC ‘Mogwai’ and certainly a Gremlin X isn’t cute and cuddly.  This beautiful Buick Riviera drop top is an often-forgot luxury car from a bygone era.  I knew a guy back in Nebraska that daily drove one of these and tuned it to run 14s with the 3.8 turbo.  Another rarity is a Pontiac Pheonix.  Think disco Nova except it’s a poncho.  Previously these were the ‘Ventura’ and later the name was given to the Pontiac variant of the Chevy Citation.  A couple blocks away from the Pontiac we spotted this Oldmobile Ninety Eight…..Diesel. It was a car like this that brought my career at a local service station (remember those…?) to a screeching halt after I filled one up with regular unleaded.  It’s not that I didn’t know there were diesel cars running around. I’d filled up many before that fateful event.  I didn’t hear this car pull up.  I’d only heard the bell ring from someone driving over (or stepping on) the full service cable.  The car was about half covered in dirt road silt and that stuff was caked all around and in the fuel door.  There was no way for me to see the ‘diesel fuel only’ decal.  I felt bad that I lost my job and that I’d messed up the car. It wasn’t too bad though.  The thing reportedly ran fine after the tank and fuel system were flushed.  More proof that 17yr-olds are not the sharpest knife in the drawer.  BTW – those Olds diesel 350 blocks make for a strong non-diesel performance build.  I’ve got some old Super Stock & Drag Illustrated rags that detail a build.

Only one more article left to complete this series.

Goodguys Columbus 2019 Photos: One Of America's Greatest Automotive Events, Bar None Flat Out For 100,000 - 1964 Mercury Durability Test At Daytona Had 289 Comets Running For 40 Days Straight