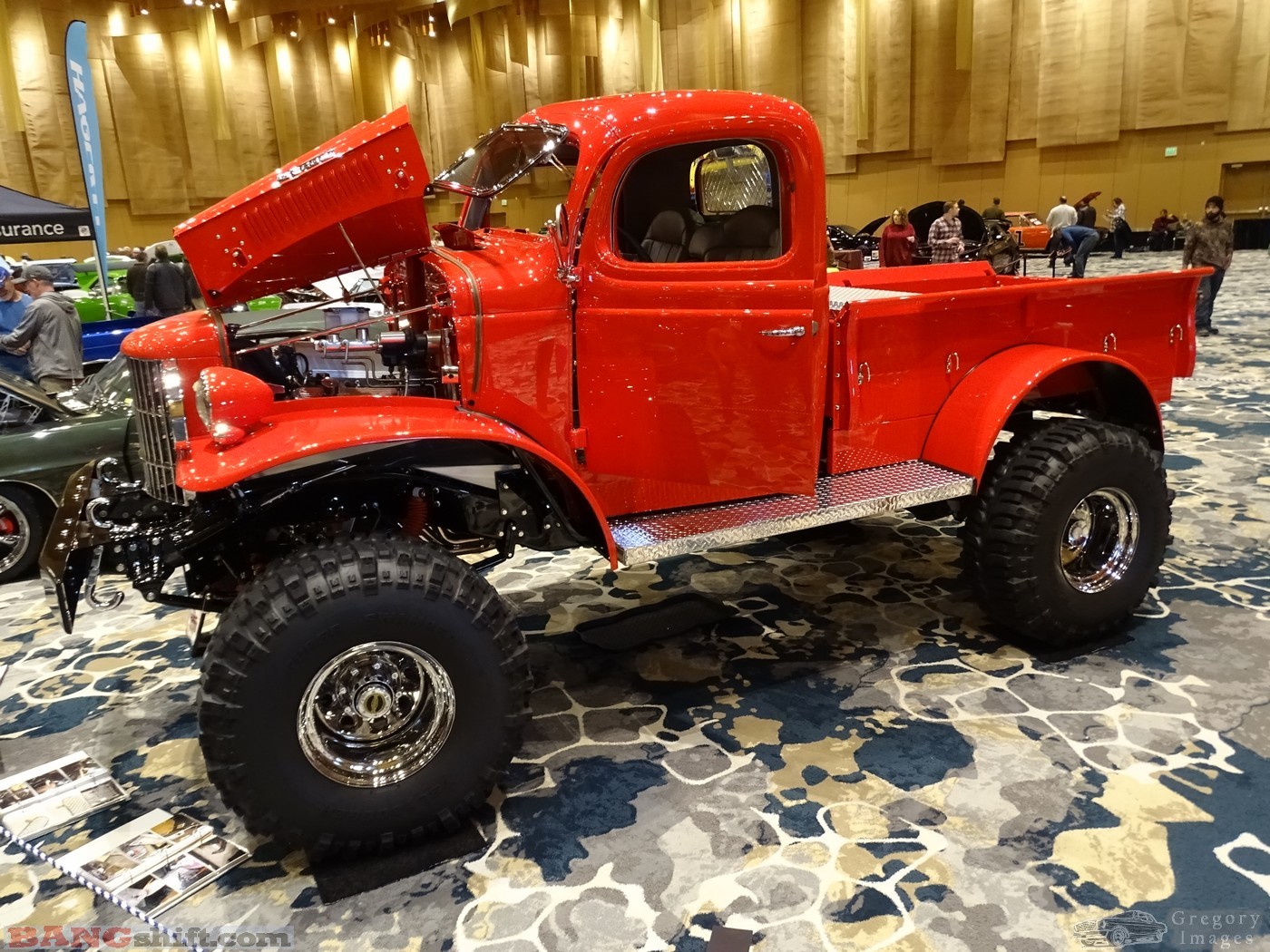 (Words and photos by Doug Gregory) –  So the Cavalcade of Customs is held at the Duke Energy Center in downtown Cincinnati and it uses the first and third floor.  Third floor cars travel up and down a massive freight elevator.  On the 2nd floor there is a glass-walled crossover giving you a top-down view of the main floor.  It’s an interesting perspective and something to check out if you go.

If you have followed our coverage of this show in years past you’ll note the carpet has changed….and not for the better.  Lighting is still less than optimal and the contrast of colors on the floor make for bad reflections.  John Schneider was there Sunday signing autographs.  When we were almost done canvasing the room he and a whole gaggle of folks walked up on this motorcycle near us.  John autographed the bike then got on it so the owner could snap a photo.  Cool deal for them.

More lowriders that normally I wouldn’t bother shooting, but I suppose my son’s tolerance for different stuff is rubbing off on me.  I actually liked both of these B-bodies.  The red ’70 El Camino SS was immaculate and I believe won 1st in its class.  The monster Power Wagon was super nice and a departure from restored versions we typically see.  All of us had mixed feelings about the Mercedes roadster.  It was finished to a very high degree of detail and had many alterations.

The blue and chrome chopper I think might have won best bike.  I thought its simplicity and detail were off the charts cool.  We also saw plenty of oddballs and stuff not normally at an indoor show.  The blue 300Z has an LS swap.  That’s it.  Everything else is stock 300Z stuff including the transmission.  First one I’ve seen like it.  The last two photos don’t really need any description.  I would have liked to hear it during the load out later that night.

Only one more gallery to go and we’ll be finished with this event.

Get Your Shift Together: American Powertrain "Be My Overdrive" Sale Is On Until Feb 28th - SAVE NHRA Insider Podcast: Two New Episodes Uploaded - Radial Racing and Profiles In Grit and Guts