2019 Somernites Cruise Coverage: Trucks Were Out In Force – Our Favorite Hualers of The Show 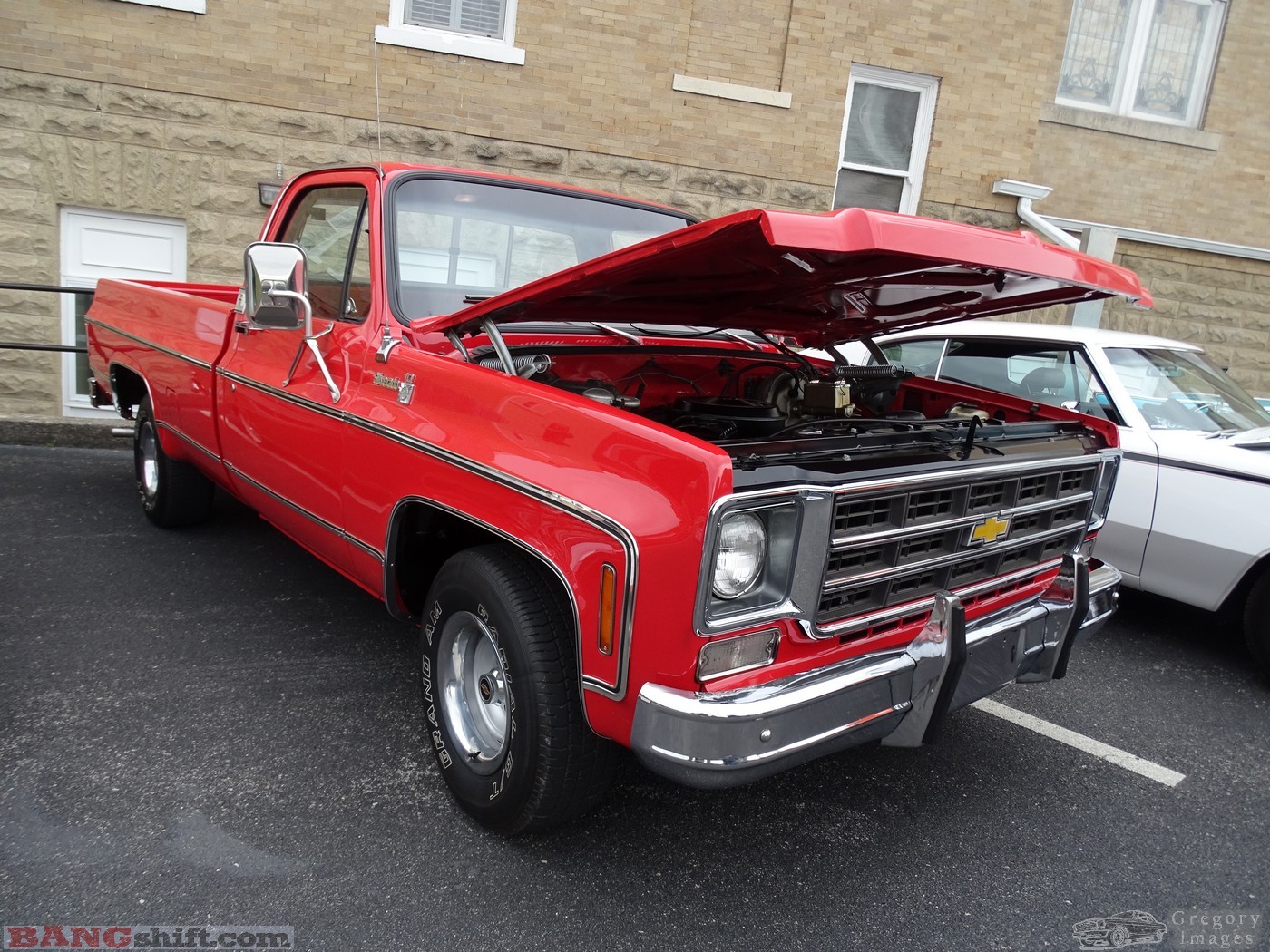 (Words and photos by Doug Gregory) – Last group of shots from the April 2019 Somernites Cruise.  I promise that if I get the Nova going we’ll come down again and get good shots of cruising and other activities surrounding these events.

The square-body that is in the second photo is also a Somernites raffle vehicle this year.  It’s a clean ride that most of us would love to have.  As you might expect from an event taking place in South Central Kentucky there is no shortage of trucks.

The Dodge 200 looked perfect as if it just came off the farm.  Another of my favorite vehicles are 78-79 Ford trucks and there happen to be a few in here.  I had a ’79 F150 with a 400M/C6 and it was a great truck.  Staying on the Ford theme, this green and cream ’47 reminds me of a project truck I once had and sold after disassembly.  Hope that one ended up as nice as this one.  It sounded good too.

It’s not uncommon to see a pro-street square body at one of these events.  It is rare to spot one powered by a blown, late-model GM mill sporting a small pulley.  We weren’t expecting anything like that.  It has been a long time since I’ve seen a stepside Chevy Luv and this one was even powered by a V-6.  Back when I was a kid the mini-truck stepside conversion was a big thing.

We’ve shown this bright red, blown mid-60s SWB Chevy in coverage a few years ago and it’s still out here playing around.  It has a very distinct note pouring out of those weed-burners and they aren’t afraid to get on it now and then.  It’s a cool sight cruising the strip after the show.

That’s it.  We didn’t get everything, never have and likely never will.  Hope to make a few more trips back there this year and we’ll be sure to share what we see.