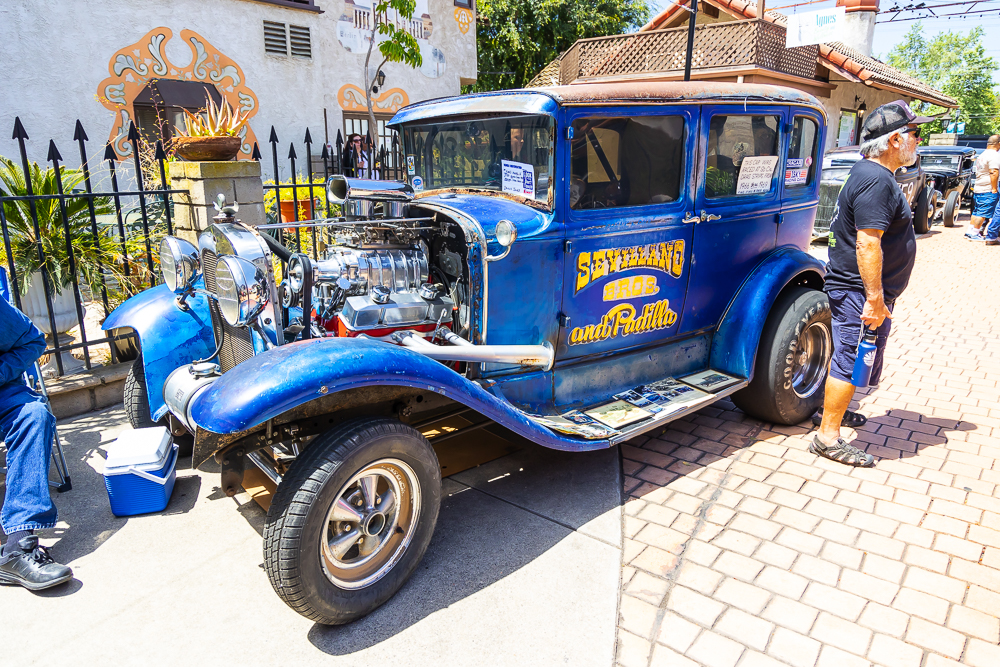 (Photos by Wes Allison) – The 2021 Aces Car Club Hot Rod Resurrection was a massive success and an event held under the Southern California sun in one of the most fun spots in the area. This event brought loads and loads of customs, classics, cruisers, and bruisers out together and these photos will show you the second half of the most BangShifty stuff that we spotted. There are tons of really well done mild customs here to go along with the hardcore stuff and we find these cars more and more cool over time. Not built for speed, but built to simply cruise and have fun with, there’s something to be said for them and their usefulness.

It isn’t that we’re bagging on the cars you have to fold yourself up to get into or those that leave you wondering “are we there yet” for the sake of style and cool factor. We love those as well and they certainly capture our eyeballs and imagination, but the idea of just hitting the key, hearing the engine rumble, and rolling the windows down seems more and more fun to us. Yeah, we must be getting old.

Check out these images!