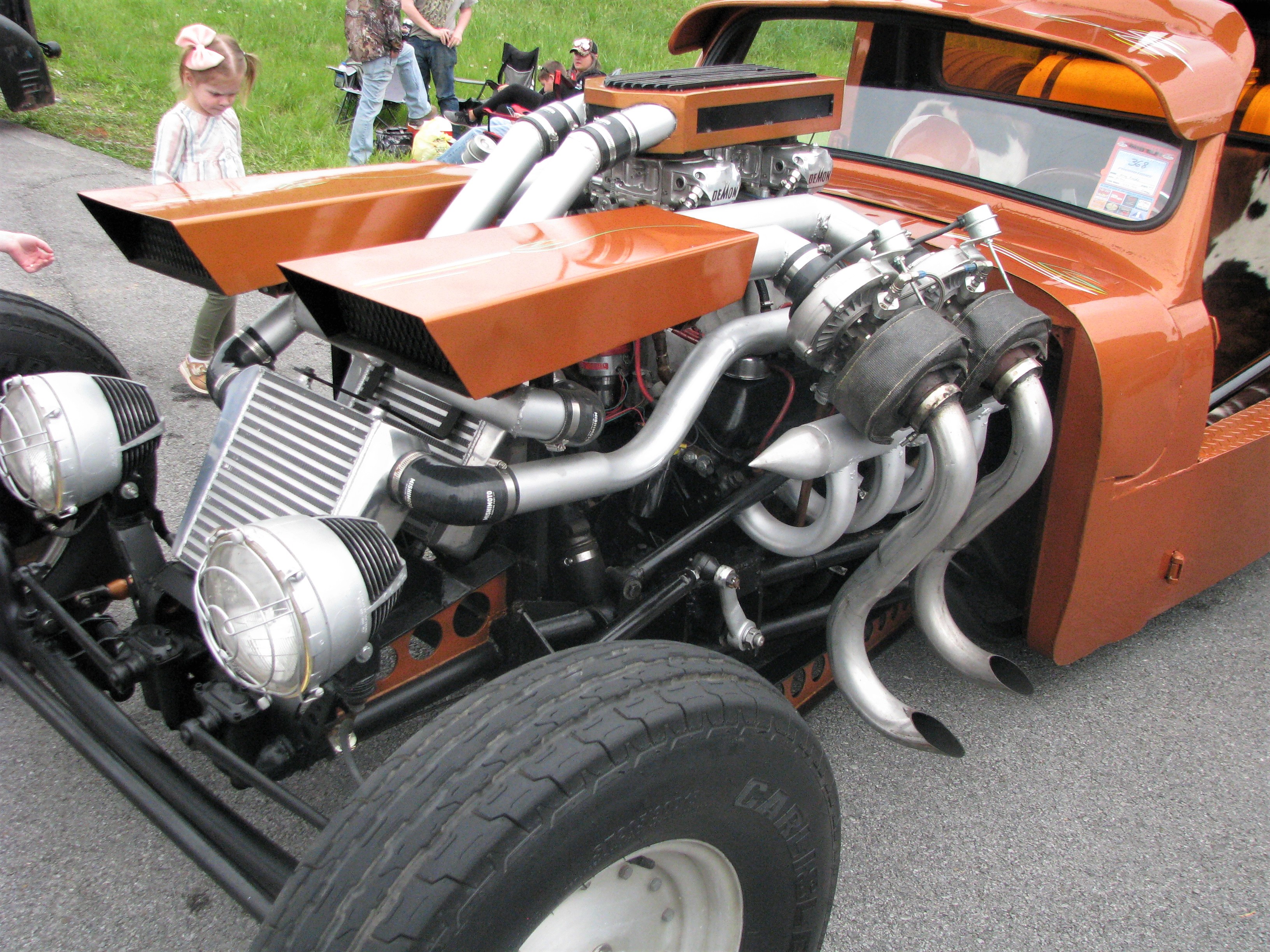 (Photos by Ted Bixby) – Our photo onslaught from the 2021 Pigeon Forge Rod Run continues with this virtual walk around of outdoor cars on display. We have taken you through the indoor pavilion and now we’ve ventured outside to check out the stuff in that area of this massive event. You will see that Ted Bixby, the man who carried his picture taker around, saw some really interesting stuff and decided to share it with you. The lead photo is the most freakishly awesome thing that this entire event has delivered us so far and while it must run and drive, it is definitely the product of the builder’s fever dream of an engineering concept. We dig it.

Is it us or do 1990s style street rods no longer have a kind of unintentional humor to them and have begun that aging process where they will eventually be seen as cool again? It’s funny. It’s probably because we’re getting old but some cars in here that we would have been unable to look at have us going back for a second peek.

This show was awesome.