Anything Can Be A Racecar If You’re Brave Enough, Like This Chrysler Crossfire! 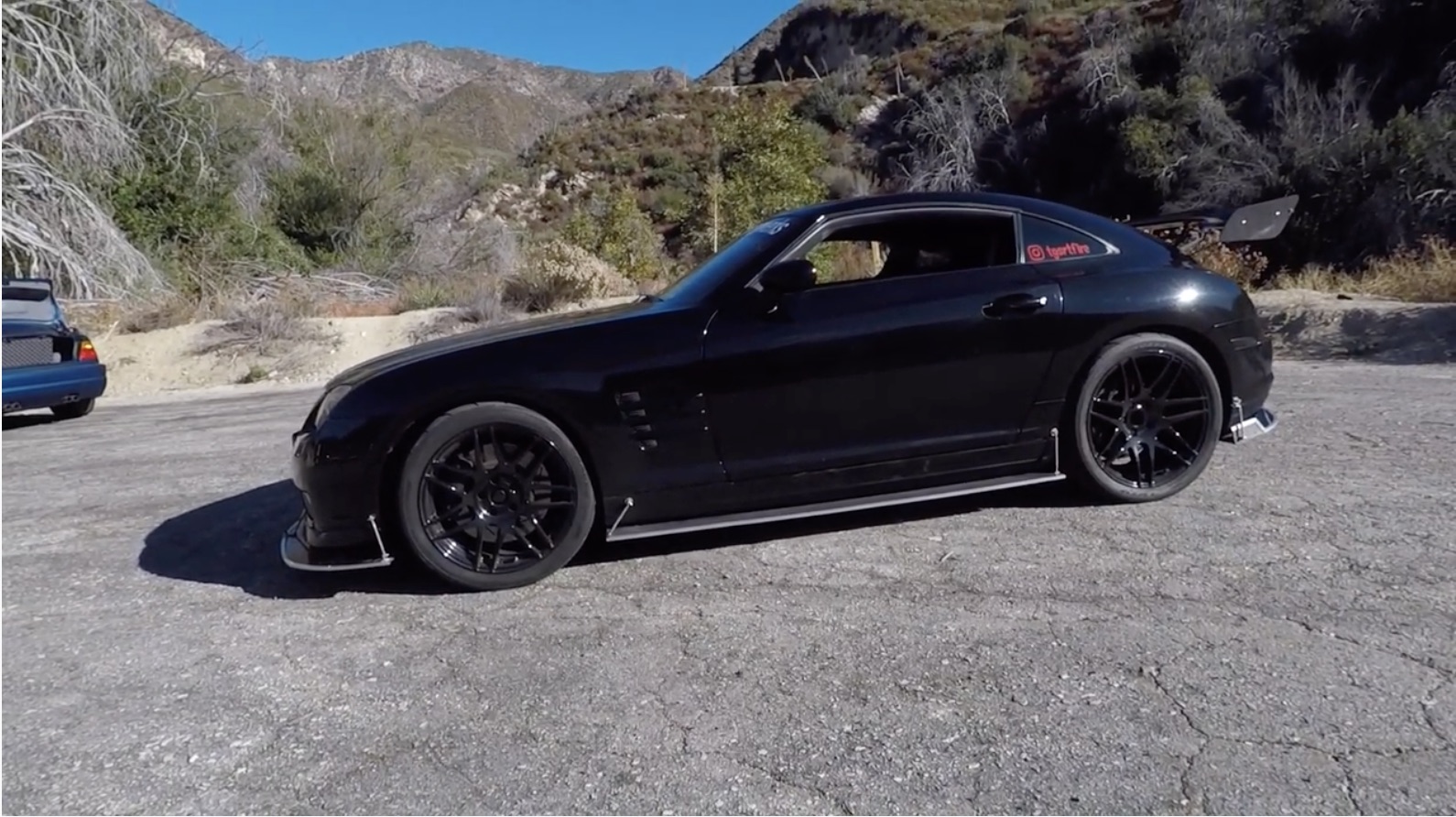 The Chrysler Crossfire…oh, lord, here we go. Where do you start, the Daimler-Chrysler merger, the fact that it’s a re-skinned Mercedes SLK that has one of the most unfortunate rear ends on a production car since the AMC Pacer, or that after the paint started to lose it’s luster, everybody and their mother dumped them for anything else, it seems? When they came out, I wasn’t a fan. Nevermind the Benz relationship, that actually had some promise at the time. But the looks turned me off. From the nose end, it was actually all right. But get a side or rear profile and it lost the plot badly. Even if you scored one of the hot, supercharged SRT-6 variations with the supercharged 3.2L V6, you lost…the six-speed came off of the options list and you were stuck with the five-speed automatic. Oh. Joy.

Too harsh? I don’t think so, but to be fair, the SRT-6 does have some promise. The car is short, and pretty much square. Get past the awkward, “dog having a poo” looks, and get into the mechanical bits, and there is a handler underneath that skin. But how many actually bring out the good? Few, but this one proves that beauty is more than skin deep.

That reminds me…I need to see if someone has crammed a new Hemi into one of these.

Watch a Mi-26 Sling-load A Chinook Helicopter Like It's A Toy Watch This Awesome Old Chevrolet Sleeper Van Take On A Shelby GT500 - Does It Kill The Mustang?

12 thoughts on “Anything Can Be A Racecar If You’re Brave Enough, Like This Chrysler Crossfire!”