Swan Song: As Mitsubishi Fades Into Oblivion, We Look Back At Their Coolest Performance Cars

(By Tom Lohnes) – With Mitsubishi cutting all sales in Europe and likely here next year, I’ve decided to go into detail of the best Mitsubishi cars ever made. This once great company was like Mclaren today with their innovative technology, use of forced induction, and rally championships for days. Being my personal favorite 90’s JDM brand, is it quite sad to see what they’ve become. Here we go.

Starting off with the oldest, we have the Starion. Coming out in 1982 and selling until 1989, this wide, RWD Mitsubishi coupe sports the first use of a 4G engine, the Starion had a 2.6-liter, N/A or turbocharged 4G54B 4-cylinder. A factory widebody kit was available from and we can’t ignore those pop-up headlights.

Moving into the 90’s we transition from the Starion to the Eclipse. The normal eclipse was very mundane, and the GS-T really bumped the normal FWD car up with the almighty 4G63T engine, but the GSX is the money shot. Using the complete underbody from the Lancer Evolution, the GSX is AWD, has 255 horsepower stock, and can sprint to 60 in 5.5 seconds. There were 3 Eclipse generations, and looking at the transition from the second gen (2G), and Third gen (3G) really signified the company’s descent. 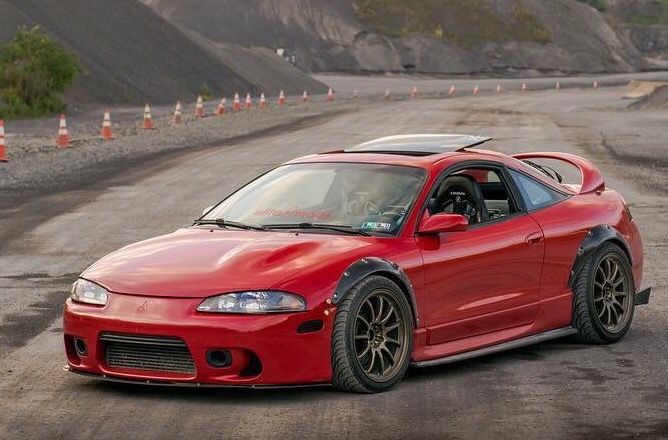 Continuing on into the 90’s, this thing is what I think to be the best car to ever come out of Japan. The 3000GT or GTO in Japan was awesome. Powered by a twin-turbo V6 making 357 horsepower, the VR-4 version was equipped with AWD, active aerodynamics, a 6-speed manual, and a mind-blowing 4.8 second 0-60 time. Sadly, the 3000GT was expensive due to all of its technology, and didn’t sell well, until being discontinued in 2000. 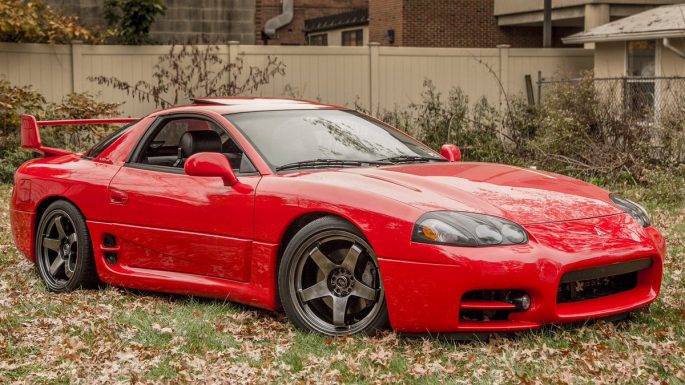 When you think of Mitsubishi, you most likely think of this car. The Lancer Evolution, or Evo for short, has been by far the most popular performance car out of Mitsubishi for a long time. Being sold all the way from the early 90’s to 2015, the evo maintained the same formula: AWD, manual, turbocharged 4-banger, decently light, and to beat Subarus. I kid you not, there has not been one generation of STI that is quicker or faster than an evo in the equivalent generation. Goes to show this company was once great. 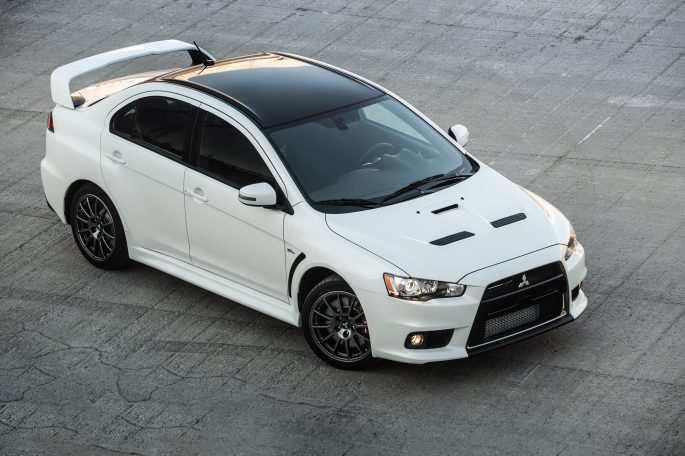 But alas, the modern Mitsubishi Eclipse is a crossover, and an Evo has no plans to be revived anytime soon, so Mitsubishi is fading from gearhead’s minds all across the world.

4 thoughts on “Swan Song: As Mitsubishi Fades Into Oblivion, We Look Back At Their Coolest Performance Cars”