Aussie Veyron Killer? This One Off Supercar Has TWO LS7 V8s Hooked Together! Incredible Stuff 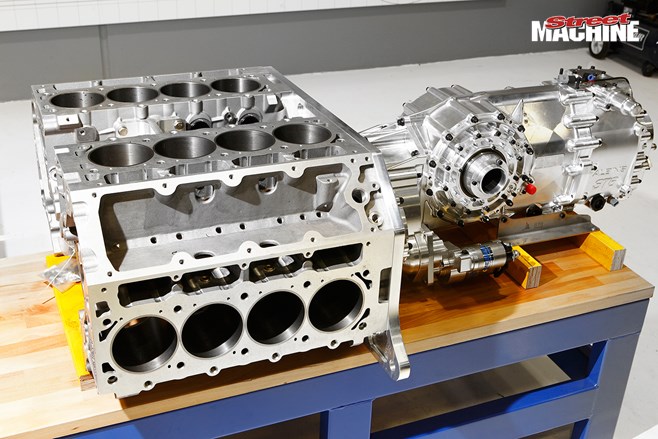 (Photo credit: Street Machine Magazine) – We have to give total and 100% credit for this tip to our pals at Street Machine Magazine, the great Australian car magazine. These guys are following the build of a one off super car that must be seen to be believed. Paul Halstead is the guy behind the project and he has some of the brightest guys in Australia working on the thing. It will have the swoopy super car looks you expect, the exotic shapes that have come to define such things but it will have something you did not see coming in the form of a V16 engine made by linking two Chevrolet LS7 v8s together! The amazing drivetrain is absolute and utter mechanical art. There’s CNC machining in spades and the types of beefy, industrial strength, one-off stuff that only a fat wallet and amazingly skilled minds can create.

Halstead has been part of the Aussie car scene for decades, building a limited run of specialty sports cars in the 1980s and losing millions of bucks in the process. Unlike other guys who continue to follow the same path, Halstead has no such interest. As you will see in the story linked below, he wants to build ONE of these cars and enjoy it. There s no plan for a production run…at this point. We say that because Halstead would like to take the car over to the states on a publicity tour of sorts, vying for a Ridler Award at the Detroit Autorama and wowing the massive crowds at SEMA. That sounds like it may be a little bit of an exploratory deal to see if anyone is interested in their own copy but that’s just our natural suspicion of everything on Earth bleeding through. 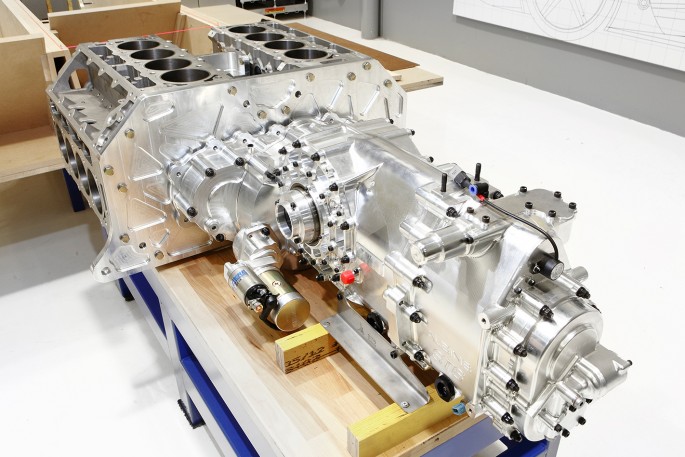 This 1974 Dodge Coronet Tears Up An Autocross Course With All Of The Body Roll You Would Expect! Cool Wagons and Customs At The 2015 Carl Casper Car Show - Some Really Nice Stuff In Here!

8 thoughts on “Aussie Veyron Killer? This One Off Supercar Has TWO LS7 V8s Hooked Together! Incredible Stuff”