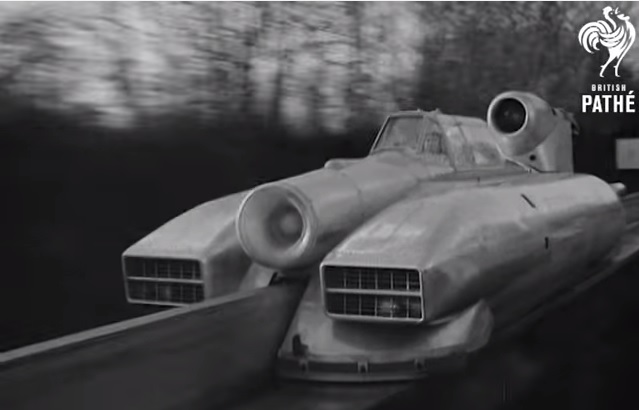 This video is awesome for a couple of reasons. The first being all of the wonderful and historic newsreel footage that is is comprised of and the second being the variety of vehicles, speeds, and outcomes that those things produce. This video is made up of footage out of the British Pathe archives. British Pathe stands as a pretty incredible company, especially for what they did in the early part of the 20th century. Started in France and expanded from there, British Pathe produces newsreels, short films, and other work that covered an array of topic and locations around the world. If something newsworthy was happening, there was a chance someone from British Pathe would be there to record it. The footage now is a window we have into a world that would otherwise exist only in the shady and now multi-generation aged memories of the people who “were there. This video puts us all there for the triumphs and the tragedies.

Yes, there are some of both. We see speed records destroyed but we also see things like the 1955 LeMans tragedy, Donald Campbell’s eerie death while attempting a water speed record, etc. On the positive side we see things like futuristic jet trains, speedy motorcycles, and all manner of the other machinery that people were dreaming up and driving to death defying speeds during the first half and early second half of the 20th century before computer aided design came in and changed everything. From 4,000mph airplanes to an aero-helmeted motorcycle rider going 150, this is great stuff.

Speed today is an interesting thing. We have so much of it so readily available that we don’t think to much of it. For the first time in our history, we’re really jaded about going fast. These videos were from a time when no such attitude existed!

WATCH TO SEE PEOPLE PUSHING THE BOUNDARIES OF SPEED THROUGH HISTORY!

Project Bottle Rocket: Uncle Tony's Four-Gear Coronet Is Out Of Hibernation! Project Great Pumpkin Mustang: Getting Back To Work After Nearly A Year!