Bimmer Kart: This V12 Powered Rig Looks Fun! Why Has No One Made A Race Series Yet? 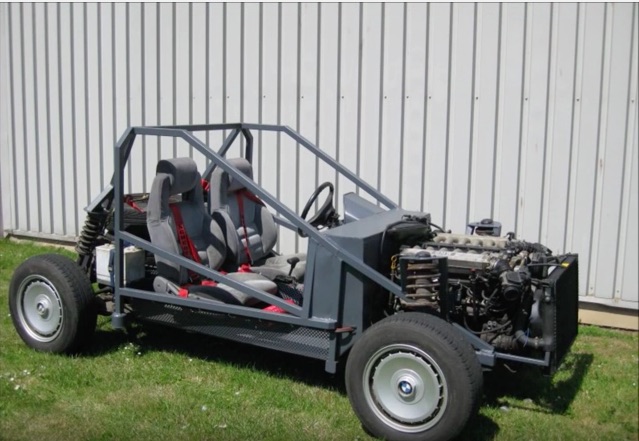 Ok we can’t stand it any longer. After watching this video of something that have dubbed the “Bimmer Kart” we’re demanding that someone out there make a racing series for vehicles like this. Roadkill has the Vette Kart and there have been numerous other examples built of the years as well. If you think LeMons racing is fun than this would be other worldly, right? The rules would be pretty simple (at least our rules would be).

Any car can be used, no trucks. They have to maintain the stock factory suspension configuration, factory style replacement parts would be allowed. Engine must remains visually stock. That means no headers and nothing completely obvious. If you want to hot rod the inside of the thing, have at it but it’ll be breathing through a stock intake manifold and exhaust manifolds. Tires must be DOT rated, and a factory style transmission must be used. If an auto was available and your car is a stick, the auto can be swapped in and visa versa. It seems like a no-brainer, right? The Vette Kart would likely eat up this Bimmer Kart at the start of the race but inevitably it would be slayed by some sort of mechanical issue which would allow this to be a competitive piece.

If you are in favor of “mega kart” racing you owe it to yourself and the rest of the world to start organizing this thing into a sport. It would be cheap and fun as hell. Yes, you’d have to have a roll cage and all the safety stuff but if you start with a cheap enough car, those things would be the biggest expense and combining your resources with a couple guys would net you something that you could race the crap out of, autocross, etc. Brilliant, right?

Unique Beauty: Check Out This Unique 1961 Vignale Bodied Corvette And The Story Behind It Watch Vincent Nobile Have A Rough Ride At Pomona - Wall Slapping, Tire Shaking, Badness

One thought on “Bimmer Kart: This V12 Powered Rig Looks Fun! Why Has No One Made A Race Series Yet?”