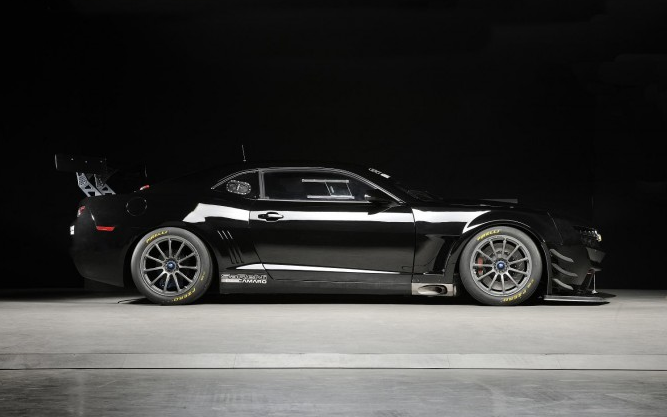 The Blancpain Endurance Series is a road racing circuit in Europe for GT cars. Companies like Ferrari, Porsche, Bentley, Aston Martin, McLaren, BMW, Audi, and others compete. Now there will be at least one Chevrolet in the mix as Reiter Engineering has announced that they will have their sinister black 5th gen Camaro on the grid at April’s contest at the famous Italian Monza course. It’ll be the baddest ass sounding thing there, that we can promise and we have video to prove it below. Apparently other guys have attempted to run Camaros in this series but the package needed work so the braking system has been upgraded along with a larger set of wheels and tires. We think that the car is really, really bad ass looking.

The basso notes laid down by the 474ci LS engine will certainly have fans cheering as that’s pretty much the international sound of American muscle. Nothing makes people smile like the throaty roar of an uncorked V8 motor pulling down a long straight and Monza has several. Obviously the guys at Reiter think that the Camaro has what it takes to stand in with some of the premier makes in the world and we’re anxious to see the results. It appears that the series does live stream its events, so when the time comes we’ll provide a link for you to tune in at.

With a sticker price of $265,000 the Camaro is actually touted as one of the least expensive options to use in the series. It makes sense, even though that price is still super bucks. Think about what it the potential cost of a factory Aston Martin, Lambo, or Bentley race car would be? The Chevy has to be be peanuts as compared to them! Of course there’s a long (if not entirely successful) history of American heavy iron jumping into the European road racing pool at places like LeMans (AJ Foyt drove a Camaro there) and lots of other places. Of course we’re not referencing the factory Corvette team or the Shelby effort, we’re talking about more humble operations than those. Reiter isn’t General Motors, if you catch our drift. They’re doing this because they see it as a platform capable of standing in with the other makes and we sure hope that they are successful. What could be cooler than peeling the paint off the side of an Aston Martin in a 5th gen Camaro down a straight at Monza? Not much!

SCROLL DOWN TO SEE A VIDEO OF THE REITER CAMARO GETTING HAMMERED ON AND THEN HIT THE LINK TO SEE THE FULL STORY ON THIS CAR AND THE MONZA EFFORT!

LINK: 5TH GEN CAMARO TO TAKE ON WORLD AT MONZA IN APRIL 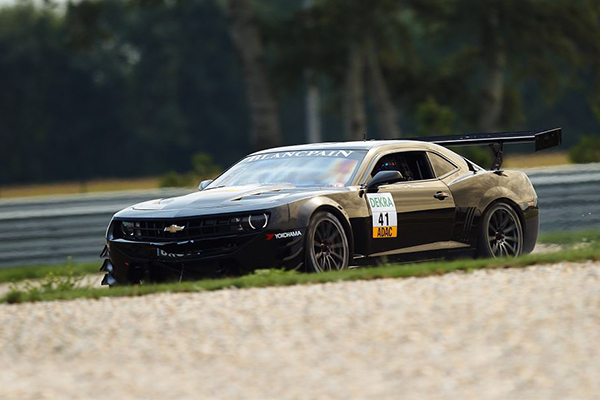 2014 NHRA Winternationals: Sportsman Gallery - Stockers Through Injected Fuel, They're Here! A Guy Is Asking $205,000 For This Gasser On eBay And We Think It Actually May Be Worth It -- UPDATED WITH PERIOD PHOTO!