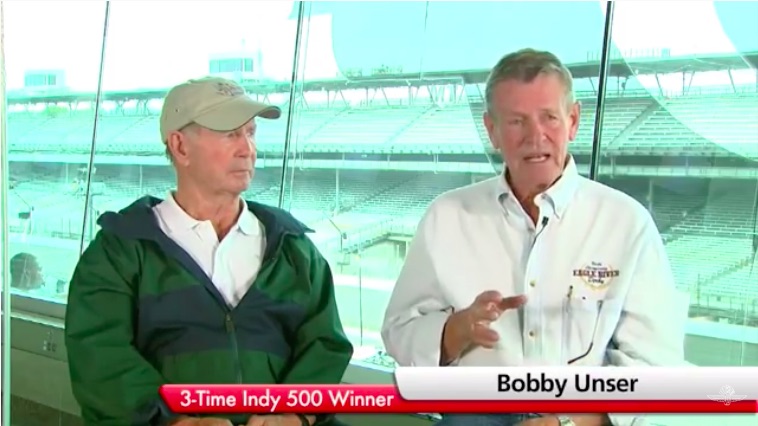 When it comes to American racing legends, they don’t come a whole bunch bigger than the late Bobby Unser and Parnelli Jones. These are two guys who won in all the stuff that they ever drove and they pretty much drove everything. Brave as the day is long and skilled beyond measure, they conquered different series, different tracks, and different equipment sometimes as friends and sometimes as enemies.

The Indy 500 was a place that both men shone during their lives. While Jones only won it a single time, he was a contesting factor and a leader virtually every time he strapped into the car. His luck was horrible at the place but his history looms large there. As does the history of Andy Granatelli.

Granatelli, the bombastic, sometimes foul-tempered business magnate from Chicago was obsessed with the race. He fostered innovations like the four wheel drive Novi roadster and his most infamous, the famed turbine cars of the later 1960s. It was that turbine car that nearly carried his STP brand to victory in 1967 but a roller bearing failure with a few laps to go killed that hope. Virtually the same thing happened the following year. But he eventually succeeded with Mario Andretti as his driver.

This is a great video because Unser and Jones tell is like it was back in the day and laugh the whole time. Two old aces just sitting around amused over how it was. Back in the era of these men The Speedway was a place of both honor and horror. Death was ever-present.The risk level was off the charts. Yet here they are reveling in the past, the memories of pain and sadness gone, leaving their exploits of daring and survival to shine.