Watch And Listen To This Vintage Brabham BT42 F1 Car Attack The Hill At Goodwood! 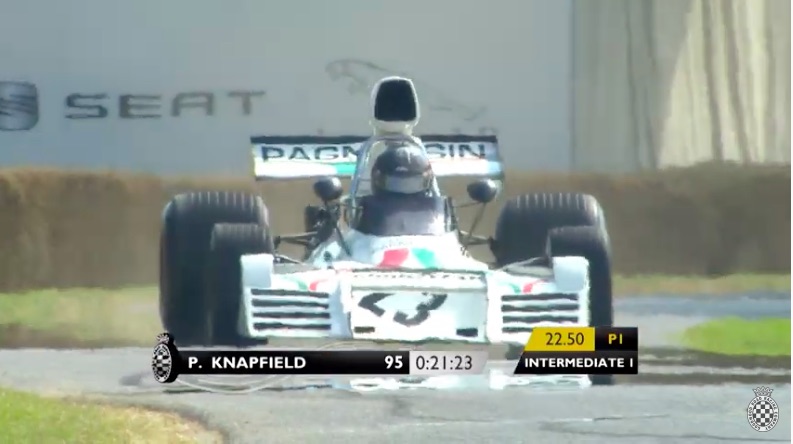 When it comes to awesome historic race cars, we’re not really of the mindset that the thing had to be a world-beater to be cool. For instance, the BT42 Formula One car did not really set he world on fire back in 1973 when it debuted. It brought some cool concepts and design into the sport and eventually lead to more refined and successful versions of itself but this OG machine was capable, just not a race winner. In this case we see a car that was brought out after a wreck during that ’73 season and we see it hammered up the Goodwood hill with anger and great speed.

The power plant here is the famed Cosworth DFV V8 which not only makes noise, but great power as well. You can hear this thing spinning the tires off a couple of the corners as the driver Paul Knapfield puts the Gordon Murray designed machine though its paces.

The big n little tires, the kind of odd angular shape of things, and the overall look of this car really spin our collective crank around here. The fact that it ends up less and one second off of the standing top time of the day is also a testament to just how brutally fast these cars were!

One thought on “Watch And Listen To This Vintage Brabham BT42 F1 Car Attack The Hill At Goodwood!”