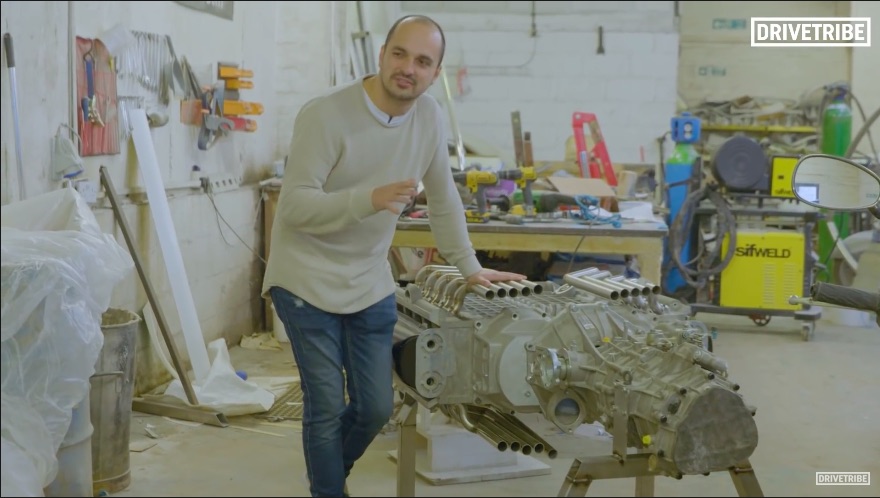 In a rusty shed appearing building in England there’s a firm called Villiers Engineering which has been around more than 100 years building some incredible stuff. They are a designer and maker of engines and engines the likes of which we have never seen before. How about a two liter V10 with an amazingly tight cylinder bank angle and constructed as to be made into a V6 or V8 easily. Maybe a wild three cylinder two stroke engine that is being used as a test bed for new technology. Finally, how about an X20 version of the little V10 engine joined together. It’s just all too cool.

This video from DriveTribe shows us the engine and we meet the CEO of Villiers, the company responsible for this mechanical goodness. As he describes it, they make one cool thing show it to the public and if the public orders more they make them. If no one orders anything, they scrap the project and move on. How delightfully old school!

Ultimately the engine is destined for a Connaught supercar that it will apparently fit inside of. This is a really interesting story, an interesting company, and a wildly interesting family of engines that they have developed. Check this out!

Press play below to see this video on the X20 and other Villiers engines – so cool!

Wild Video: Ride Along As This Turbocharged Mopar Small Block Powered Valiant Wrecks Hard In Argentina The Rotary Engine Is Coming Back To America...Kind Of?