Buy The Book? Blood, Sweat, And Gears: The Story Of The Gray Ghost And The Junkyard Firebird By David G. Barnes 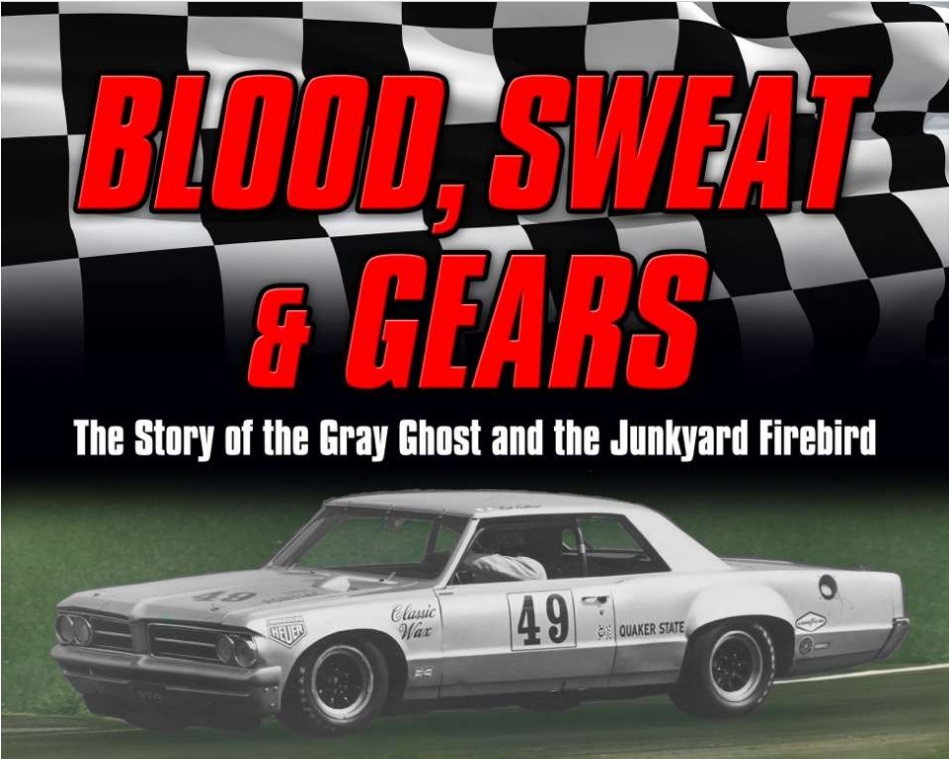 When author David G. Barnes stumbled on a story I had written about the famed “Gray Ghost” 1964 Pontiac Tempest that Herb Adams and a group of talented Pontiac engineers had built to compete in the 1971 Trans-Am season, he sent me an email. See, Dave Barnes just wrote an entire book about that adventure with input from Adams and others who were involved in the project. Happily, Barnes offered me a review copy and to rip sawed through the 270 page book in just a couple of days. That may be an indication of my opinion of this book. I really enjoyed it. Now, the tome is not without fault and I will pick some nits below but overall this was an incredibly informative inside look into one of the best underdog racing stories in modern motorsports history. It truly was the triumph of brains over bucks and while the payoff was not a championship in 1971, the work put in by the guys on the Tempest in ’71 paid off in spades on their “junkyard” Firebird in 1972 where they actually did down all comers at a pivotal race. While rooted in fact, the book does fall into the “historical fiction” category and that’s OK with me with a couple small caveats I mention below.

In many ways the book reads like a screenplay. There’s lots of dialog and one of the small criticisms I have of the book is that some of those conversations seems a little too good in the Hollywood sense and this is part of the fictional element. The rah-rah stuff gets heavy at times but never to the point of being corny or off-putting. Any wincing I did during those sections was more than off-set by the great race by race reporting of the 1971 season that rocketed Adams, Bob Tullius, and their ilk into the national racing spotlight for fielding a competitive car that looked like it had absolutely no chance at all. The GTO was an homologated car for Trans-Am and since the Tempest was essentially the same car, they were in business when Adams talked his wife out of her ragged daily driver and transformed it into a racer that still makes people smile today. Looking at the small budget that the guys had, the mechanical problems they had to overcome, the whispers around the pits that they were being back-doored parts and pieces by Pontiac (they were not), and getting a guy like Tullius to essentially race for peanuts make this an incredible story and Barnes tells it well.

We loved the imagery used in scenes where Adams and crew would cruise the thundering racer around his neighborhood at night to check stuff or them accidentally driving it through a campground one night after swapping the engine and needing to “test”. There are the classic “broke racer” vignettes of tow vehicles failing, trailers failing, guys running out of vacation time at work, angry wives, and all the things that really drive home the point that these dudes were crazy enough to believe that they had the mental skills to hang with the biggest car companies in the world…by themselves. The payoff of course is that they did.

In one poignant scene, Barnes describes a race where it started wet (good for the Ghost!) and by the middle of the contest the rain had stopped and the track had dried. While running at the front of the pack, Tullius came in to have the tires changed and the amateur nature of the operation took center stage. With a single jack it was a nearly four minute operation (still incredible) for the guys to swap the tires and the field kept lapping by as they were thrashing. It is these moments where Barnes shines in humanizing the story. Hell, I was looking for a jack and a lug wrench to jump in and help while reading it.

This is the definitive work on the car and the guys behind it. You’d be cheating yourself if you have interest in the Ghost, underdog racing stories, or bitchin’ racing history in general by not getting your mitts on this book. Blood, Sweat, and Gears: The Story of the Gray Ghost and the Junkyard Firebird is David G. Barnes first book and we hope it will not be his last. It was a great read and we’re richer for it. Verdict? BUY THE BOOK.

CLICK THE COVER IMAGE BELOW TO GRAB THE BOOK! 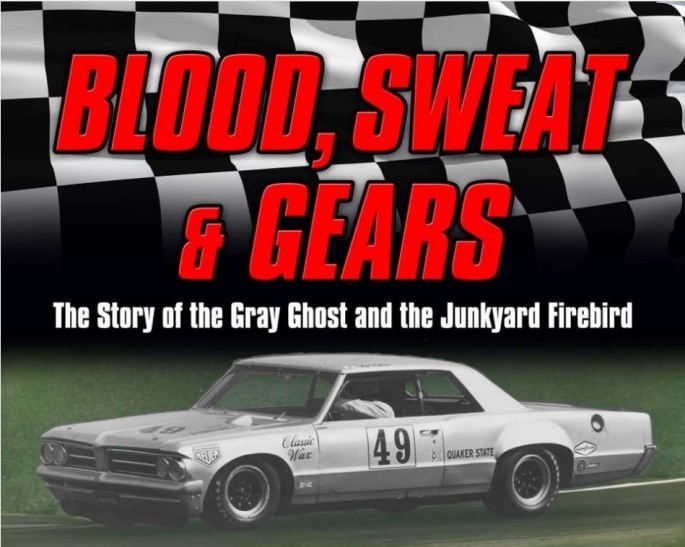 Ebay Jaw Dropper: The World's Only 33 Window VW Bus Is For Sale In Hawaii And The Price Is As Long As The Thing Itself Ebay Find: Former Hooker Header Project Car Chevette, Featured In Hot Rod Magazine

3 thoughts on “Buy The Book? Blood, Sweat, And Gears: The Story Of The Gray Ghost And The Junkyard Firebird By David G. Barnes”