In-Car Rally Footage: How To Scare Your Co-Driver In One Easy Smack

Jan 05, 2015Bryan McTaggartApex Sideways, Apex Video, BangShift APEXComments Off on In-Car Rally Footage: How To Scare Your Co-Driver In One Easy Smack 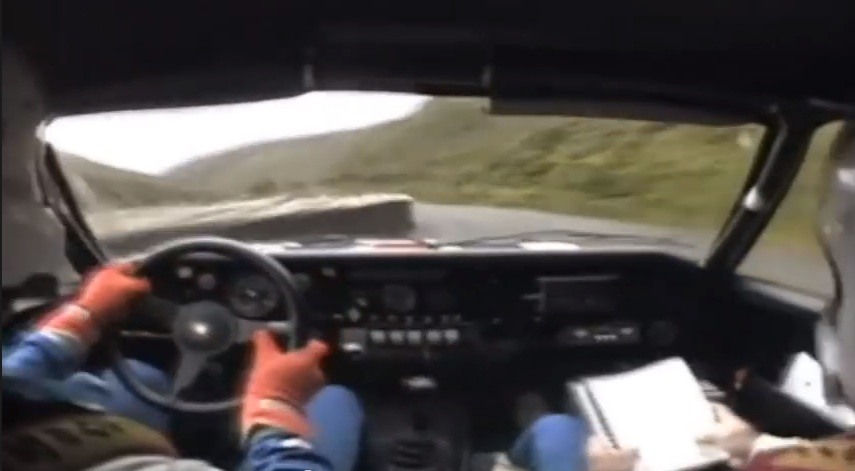 There’s no question that it takes courage to be a rally driver, but it takes a special kind of bravery…or insanity, whatever…to be a co-driver. You are in the middle of barely controlled chaos, and instead of playing the role of “screaming passenger”, you have to read the pace notes off to the driver. And it’s vital that you do that job well, because one false read or mis-step and the chances are good that the next few seconds could really, really hurt. Nowhere was that ever more evident than during the Group B Rally era, and when one of the rally stages is on the Isle of Man, an island course that is barely suited to super bikes, let alone cars…well, professionalism must be top-tier in order to survive and finish.

Ari Vatanen is a legend in rally, and Terry Harryman was the man who sat in the passenger seat of the Opel Manta during the 1983 Manx Rally. If you want to hear professionalism, this man has it in spades. What does it take to rattle his nerves? How about a wall tap at well over 100? What would you have said or done in his position? Harryman simply lets out an “Dear God…” and continues on reading like a champ.

Click play below and see how a rally co-driver does under pressure!

Listening To This GT3 Camaro Rip Around The Track Should Help Some With The Cabin Fever Blog Fight: McTaggart's Pontiac Wagon Is For CHUMPS! This 1976 Cadillac Castilian Wagon Is Where It's At