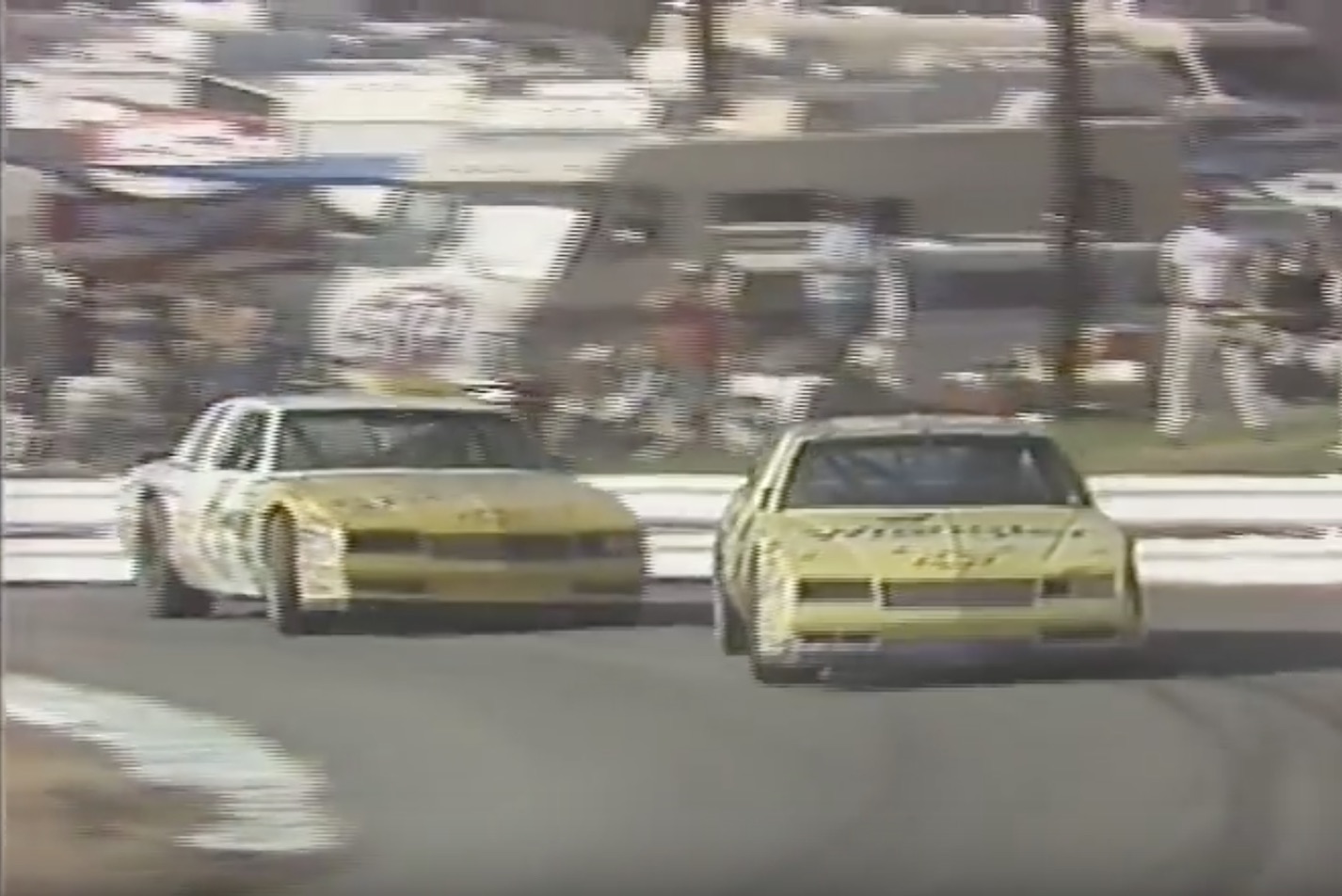 I’ll often say that NASCAR is missing personality. Drivers have to queue up to the sponsor’s wishes…they have to keep calm, be as polite as possible, show proper sportsmanship, and keep that temper in check as best as they can during the heat of the battle. It’s why I love the Radioactive videos that allow people a chance to hear what’s really on the mind of drivers and crew during a few hundred miles of racing on an afternoon in the vernacular that is certainly not family-friendly. That’s one element out of three that many will agree the series has lost. The second is the old reliable bash against the vehicles used, which is legitimate enough, and the third is that drivers don’t seem to exhibit half of the hell-raising moonshiner driving styles that got fans in the seats in the first place. Why is that? Attrition by age, namely…by the late 1980s Buddy Baker, the Allisons, Cale Yarborough and Benny Parsons were starting to exit out of the sport, and the second wave of hot-shot drivers were coming into their own.

In 1987, Dale Earnhardt was 36 and Geoff Bodine was 42, though you wouldn’t know it watching this action. At this point in the 1987 season, a rivalry had been festering that had kicked off at the Coca-Cola 600 at Charlotte earlier in the year, when Earnhardt thumped Bodine out of the way to win. Both drivers had words and actions for each other…Bodine had earned $16,000 in fines and probation to the end of 1987 for hitting Earnhardt’s car at races. The rivalry wouldn’t be over until after the 1988 Coca-Cola 600, when NASCAR officials forced the drivers and car owners to sit down and come to a truce.

At Riverside, there was no truce. There was Earnhardt’s balls-out driving versus Bodine’s certainly stouter car proving to be a strong contender. For over twenty miles of the race, the two would swap first place seven times and would trade paint as if it was just a normal Sunday afternoon at a short-course somewhere in the boonies. Earnhardt had the championship locked up for the year and didn’t need to get into a fight, but knowing he was good, he went for it. After the battle calmed down, Earnhardt wound up with a dead engine and Bodine wound up with a flat tire and a salvaged tenth-place finish.

3 thoughts on “Classic YouTube: Geoff Bodine and Dale Earnhardt Battling At Riverside In 1987”