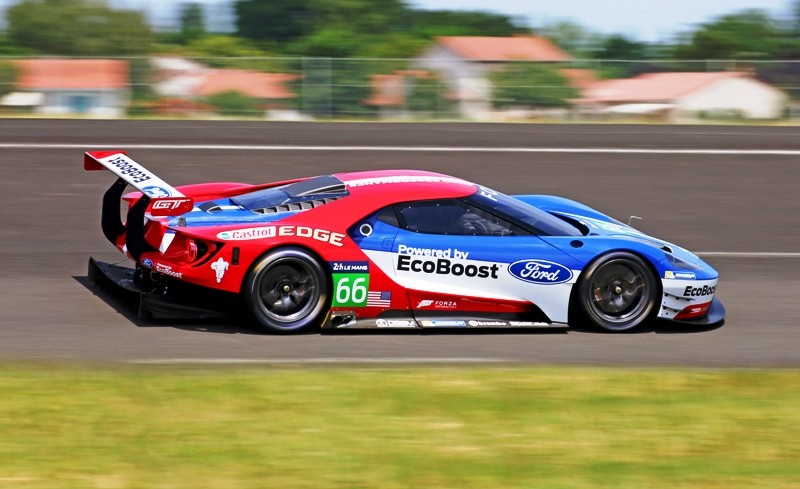 It was to be the weekend where Ford ascended and heroically grabbed the mantle of American road racing glory from General Motors, completing one of the great anniversary/comeback stories of the last 25 years in racing. Unfortunately for Ford, things did not pan out as they had hoped and by the time the event came to a close, the familiar yellow Corvettes of the General Motors team were streaking across the finish line to claim victory in the GTLM class. The two Corvettes finished first and second, a Porsche took third place, and the GTs managed 7th and 9th place in the finishing order out of 11 entires.

The reality is that the sky high expectations may have been unfair even for an effort like the one Ford and Ganassi Racing have put forth on these cars. Outside of testing during the Roar Before The 24 and other private work, these cars have never been in a sustained racing environment like the one they were exposed to last weekend. Transmission issues, tire issues, and malfunctioning brakes were the basic trifecta of badness that spelled doom for the Ford GTs during their first ever public competition. Obviously the major prize that Ford is chasing is success at the 24 Hours of LeMans later on this summer. This is the 50th anniversary of the GT40s dominant 1-2-3 finish which broke the grip of Ferrari at the famed race. After winning in 1966, the cars would dominate the rest of the decade before the factory money dried up and the program was discontinued.

If you can image pressure, picture yourself as one of the mechanics on the Ford GT team during this year’s Rolex 24. 16 minutes into the race, the car Ryan Briscoe was driving developed an issue with the shifter. The car came into the pits and was then pulled back into the garage area to be repaired. As the crew was wrenching, they had Chip Ganassi, Henry Ford III, Ford Performance honcho Dave Pericak, and Ford executive Raj Nair all in the garage with them keeping an eye on things. How about that for an audience?! Holy smoke.

The next major event for the Ford GT team as well as everyone else in North American road racing is the 12 Hours of Sebring March 16-19th. We’re guessing that there will be more than a couple of phone calls, major league thrashes, and career defining moments on the engineering side between now and then.

For the first time in a very long time we have reason to pay attention to and care about American factory road racing efforts. This is pretty cool!

Click here for the full peace report via the Detroit News 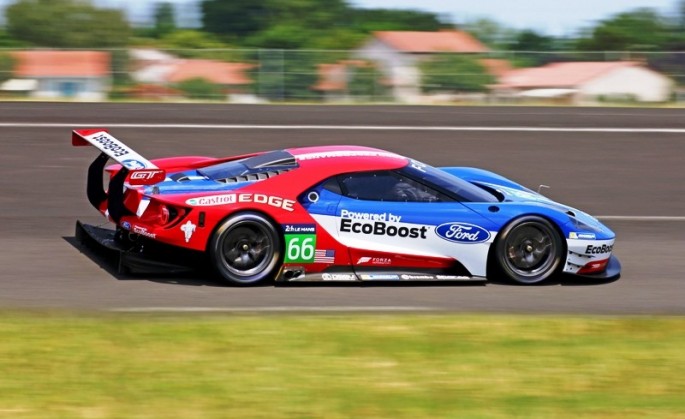 Pittsburgh World Of Wheels Coverage: More Cars And Trucks From The Show Ebay Find: A Pro Street Ford Ranger That Is Tempting Our Inner Hoon To Come Out And Play!