Video: Dave Marcus and Dale Jr. – A Fun And Awesome Conversation You Can Watch 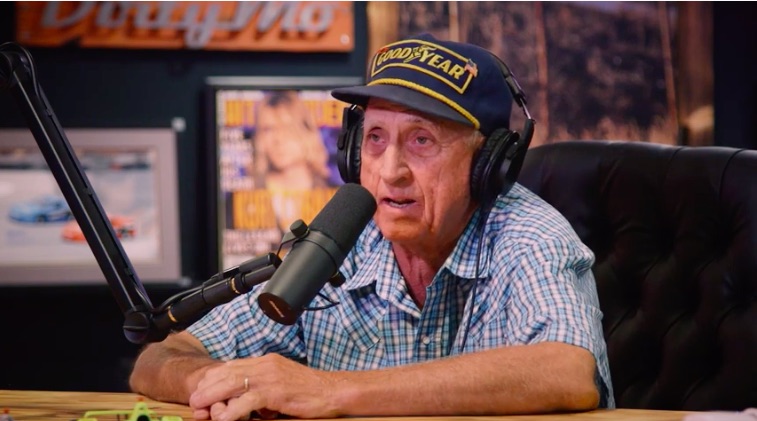 Of all the people I have been able to meet and interact with in the world of racing, Dave Marcus towers over the crowd. I got to know Dave when he was racing his stock car at the ECTA Meets we held in Wilmington, Ohio. The last truly great independent NASCAR racer, Marcus was as spry, funny, and fast as anyone ever remembered and he did it all with a smile on his face. That’s why this video is extra bad ass.

In an era where he should not have been able to survive, Marcus did. He did it by sheer gumption, loyalty, and dedication to his car and his craft. The fact that Dale Jr. had him as a guest on his podcast says so much about both men that we can hardly stand it. Dale Sr. had a great relationship with Marcus and often used him as a test driver over the course of his career. The unlikely friendship was steeped in respect for each other’s ability and position in the sport. Jr. is keenly aware and respectful of the history of NASCAR racing and because of that, you can tell how much he enjoys talking to Marcus.

From his ever present Goodyear hat to stories of racing in Australia, wearing wing tip shoes, saving Goodyear in NASCAR, and scrubbing tires, this is a fun conversation with a racer’s racer who never departed from his path as a man who called his own shots and did things his own way.

Watching him run way over 200 mph on the runway in Wilmington will forever stand as one of the great honors of my racing life.

NHRA Insider Podcast: The Big Show About The Big Go - Talking Indy, Drag Week, and the State Of The Sport Classic YouTube: Buddy Ingersoll At Bristol, 1986 - How To Screw With Pro Stock Using A 4.4L V6

3 thoughts on “Video: Dave Marcus and Dale Jr. – A Fun And Awesome Conversation You Can Watch”