Weird Vans: This Dual Road Test Of The 1987 Nissan Van GXE and The Mitsubishi Wagon LS Is Funny 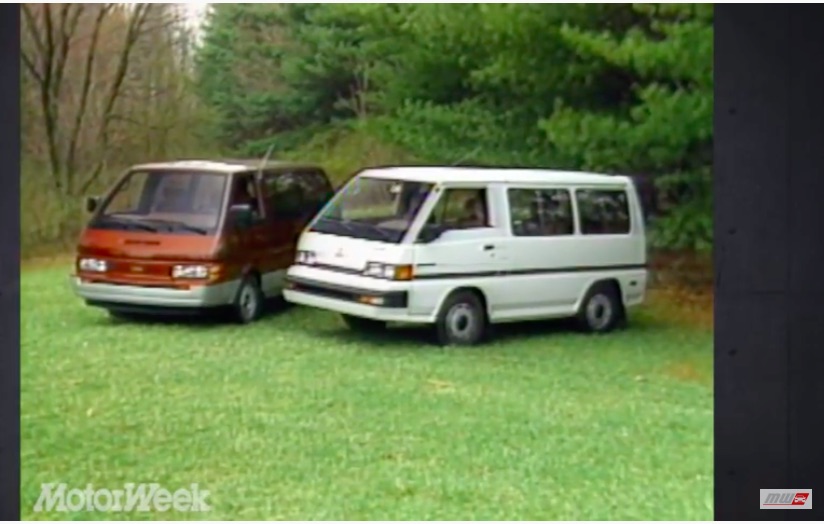 We see the Japanese auto manufacturers as on the level of any global maker these days and there’s been no denying that they’ve been there for some time. This doesn’t mean they always get it right, though. Case in point is this 1987 Motor Week dual readiest of the 1987 Nissan Van GXE and the Mitsubushi Wagon LS. These were two weird Japanese entries into the exploding mini-van market. They did not sell all that well, they did not perform all that well, and they certainly didn’t fit in that well with anything else on the road because of their odd looks.

There was always an element in Japanese cars that translated to Americans. They were different but not so much to be off-putting. When it came to vans, it seems that the companies decided to go “full Japan” and eschew the styling and layout trends that the American vans had already established. Look at a 1987 Chrysler mini-van or a 1987 Ford Aerostar or something of that nature. These things look like they came from Planet 9 in outer space. They performed like they were trying to accelerate with a concrete truck strapped to the bumper and they stopped like someone had forgotten to install the brake shoes in the rear drums.

Hell, look a the seating position in the Nissan! The driver is actually out ahead of the front wheels. We’re guessing that this concept would not impress the crash engineers these days at the Institute for Highway Safety, right? We saw very few of these vans on the roads in the late 1980s and we cannot remember seeing any of them into the middle 1990s. The Japanese eventually learned their lesson and brought the styling and power levels to where the American stuff was but for a brief shining moment they went “full Japan” and this is what it looked and performed like.

2 thoughts on “Weird Vans: This Dual Road Test Of The 1987 Nissan Van GXE and The Mitsubishi Wagon LS Is Funny”