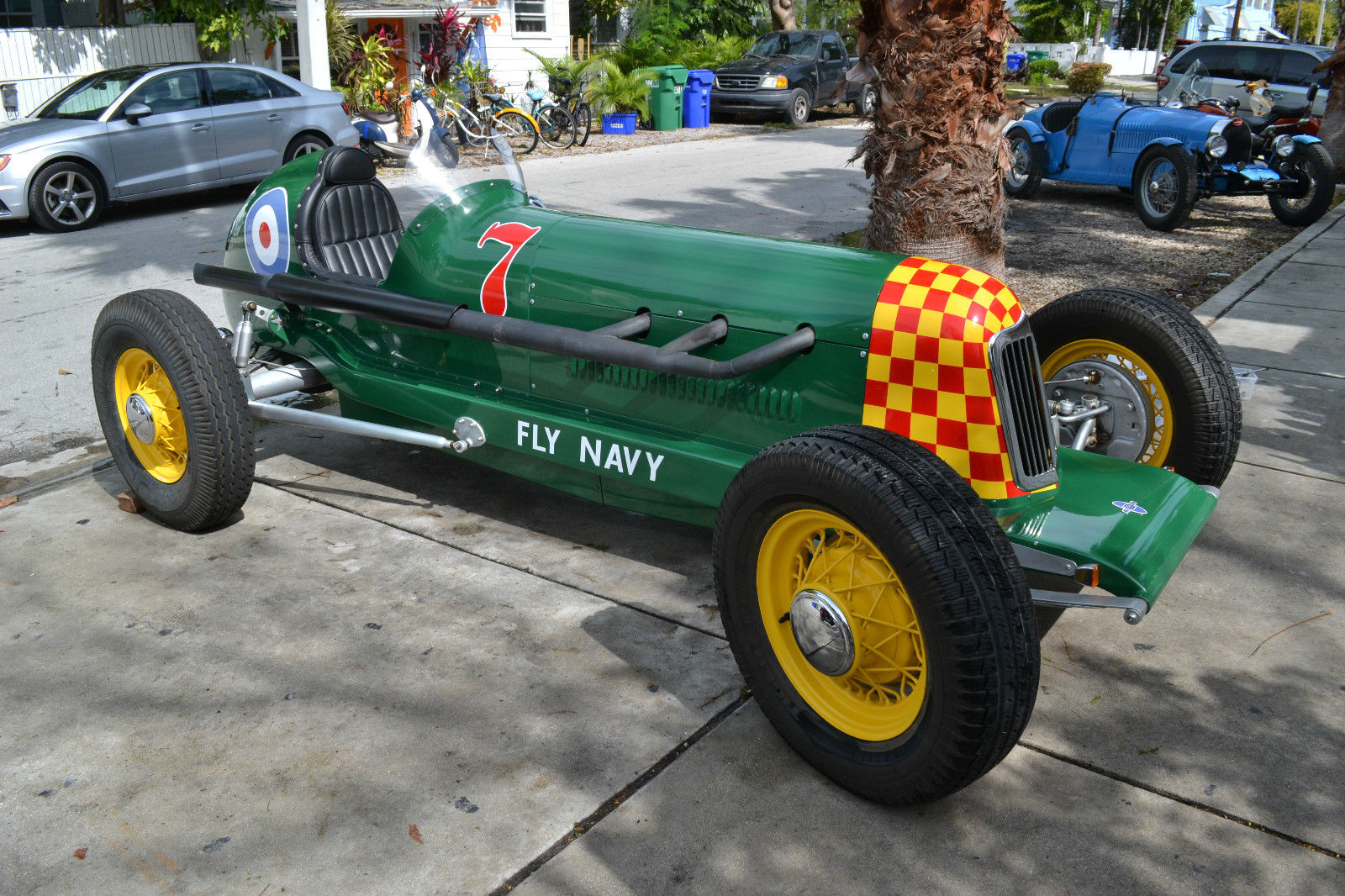 Titled and registered as a 1928 Chevrolet, this incredible single seat racer was not actually built back then but rather it was built just a few years ago as a tribute to the era wen a transverse leaf spring was high tech and vehicles like these ruled the speedways of America. Powered by an ancient Chevrolet motor with a period Oldsmobile head, a pair of small side draft carbs, and backed by a T-5 transmission, we’re thinking the whole thing can’t weight 2,000lbs before someone sits in it. It won’t be setting lap records these days but with the headlights (which are off for chroming) reinstalled, can you imagine driving this down the road?! You’d be the coolest guy in traffic by a country mile and don’t even think about getting shown up at a cruise night.

In today’s world of bolt on speed, this car is a shining example of someone really doing some homework before putting a parts list together. The front axle is from a 1937 Willys retrofitted with 1948 Ford hubs, the rear axle is a 1940 Ford piece, the wheels are old school heavy duty Kelsey-Hayes wires, and you have leaf springs and some stubby shocks finishing the whole thing off. Obviously the formation of the body is the most impressive part of the fabrication in our opinion. The dimensions are amazing, the forms, shapes, and aerodynamic bubbles added to the body to cover components strike us as period correct, the way that the cockpit is trimmed out with the leather seat and the limited gauges, and the awesome paint scheme are all right on the money.

There have been lots of attempts to do street going versions of cars like these but this is the best one we have ever seen because it really looks as though it drove out of an old racing photo or painting. It seems like dimensions and proportions are the most difficult to get right on stuff like this and there’s no qualms on this one. Perhaps the use of the small period engine was a key because a modern plant would be wider and make stuff look wrong?

We don’t care. Just buy it!

Scroll down to see the photos and then hit the eBay link to see more! 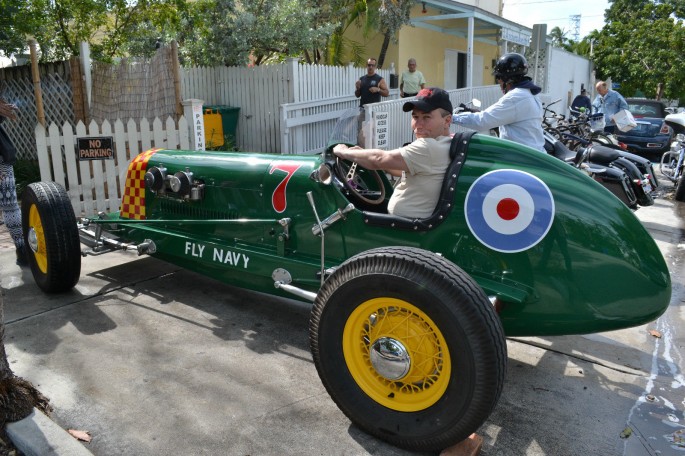 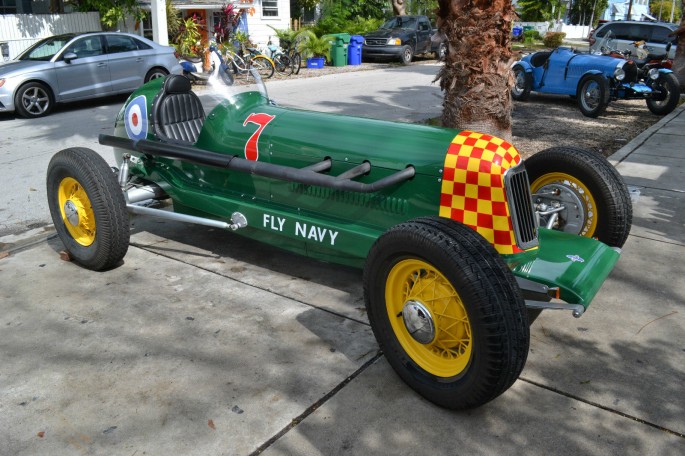 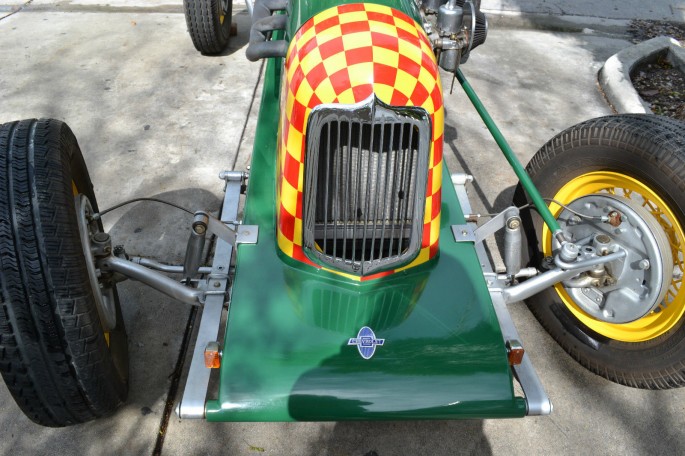 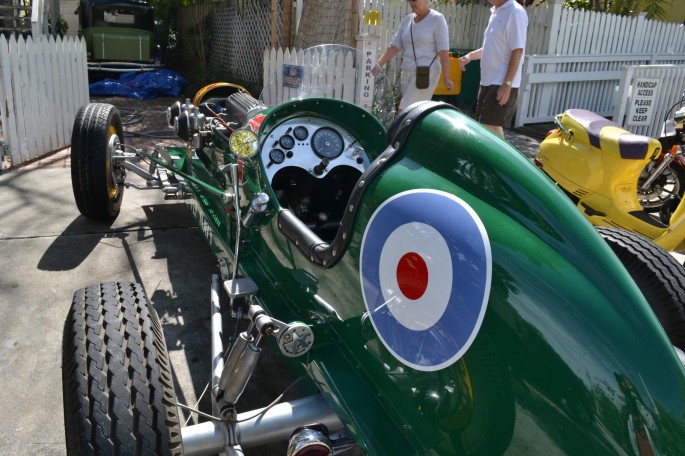 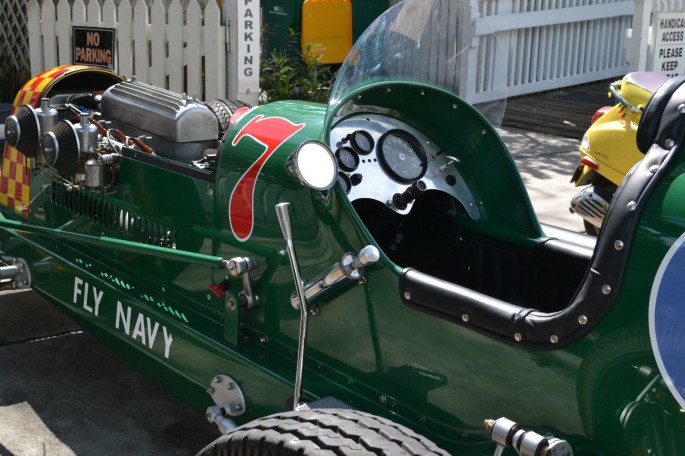 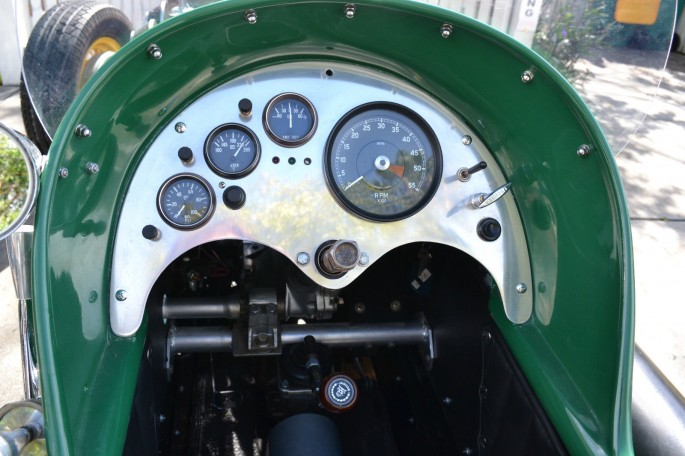 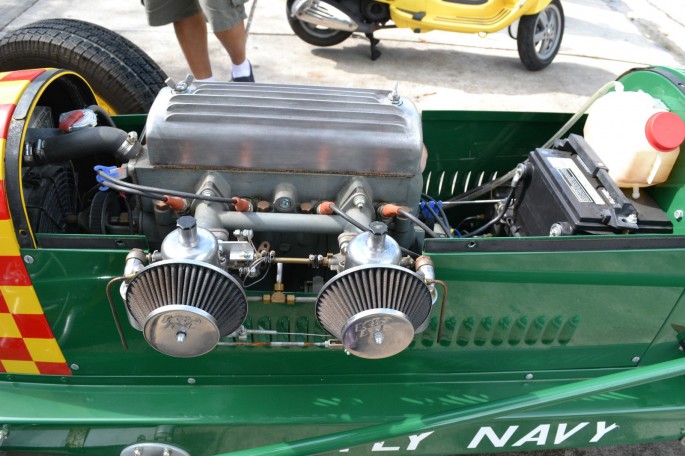 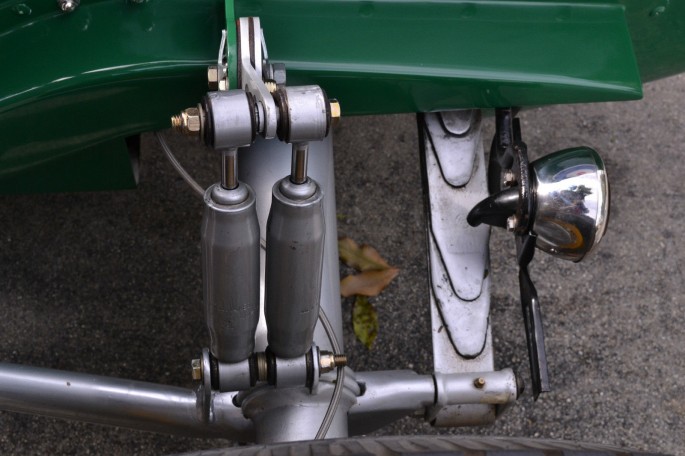