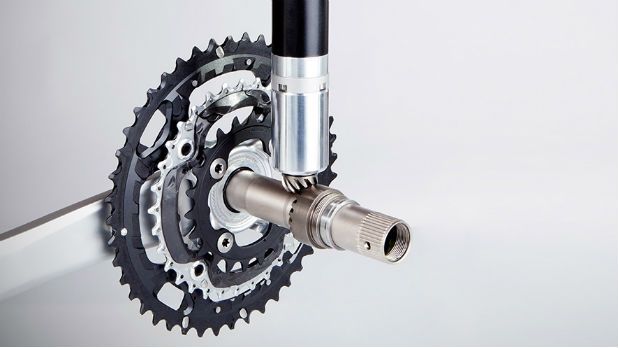 (Photo: Yahoo.com) – Here’s a story that would even make Smokey Yunick smile! A 23-year old Belgian professional cyclist was busted at the world cycle-cross championships last week with an electric motor hidden in her bike and had her bike detained by tech officials. We got this tip from our pal Alan Reinhart, voice of the NHRA because apparently during the off-season he becomes the greatest tipster in BangShift history. That’s a different story for a different day.

In reading up on this, it appears that what cycling officials call “mechanical doping” has been a suspicion/problem in the sport at high levels for years. There are videos of riders making strange motions and bicycles acting strange ways when laid down over the last few years, suggesting that they may have been mechanically altered to help their riders win or place better.

In the case of the rider in Belgium, officials pulled the seat post out of her bike and found a bunch of wires. Following a deeper inspection they found a battery and electric motor in the center upright tube of the bicycle’s frame and a small motor at the base that could have been used to assist turning the pedals via a set of gears.

Electrically assists bikes for pleasure riders are gaining huge popularity in Europe as the technology in both the electric motors and the batteries that power them shrink. In some stories we have read, upwards of 20% of bikes sold in Europe will have some sort of electric assist on them over the next couple of years. If you are pedaling to work, we get the idea of leaning on the bike a little to get you there but if you consider yourself a pro athlete, we’re thinking you should know better.

Cheating in any sort of sport that requires a machine has existed since sports with machines have been around so this isn’t exactly shocking but because we’re not exactly conversant in the world of bicycle racing we had no idea that this type of stuff went on. Also if you are unfamiliar with cycle-cross, think rally-cross on bikes. Yes, that is a simplified explanation but it  gets you close enough to at least envision it.

In the world of auto racing people have been hiding stuff in frame rails for decades. From nitrous to ball bearings but this is a new one on us!

CLICK HERE TO SEE THE FULL STORY ABOUT THIS CHEAT

eBay Find: Street Legal 1928 Chevrolet Old School Racer Tribute Is 100% BangShifty Unhinged: Why Does It Seem Like Is FCA Giving Up On Making Cars?