Fantastic Video: When Outrageous Was Possible – An Awesome Look At The Lambo Countach 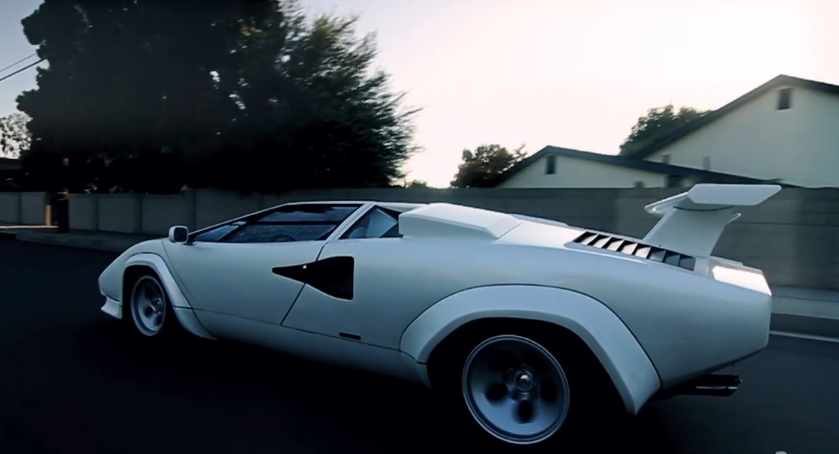 An admission, I’m 40 years old and whenever I see a Lamborghini Countach I am instantly transported back to the middle 1980s and the first time my little kiddo eyes spied one. There are a million things wrong with a Countach. From a back windown you literally cannot see out of, the doors you can’t get into, the windows that roll down three inches,  lack of functional AC, and the problem that if you have feet larger than those of a mid-sized woman you can’t operate the pedals, they are a mess in 100 different ways. That being said, just look at it. There was nothing before it that looked that way and there has been nothing since. As this video points out, there won’t be anything else like it because there are freaking laws that literally prohibit the majority of styling and design cues used on the car.

I think that this video is boss because of the artful way that its shot and the fact that the owner of the car seems like a neat guy who gets exactly what the Countach was and is. A completely impractical, totally outlandish and excessive rolling statement from Lamborghini that was essentially an automotive pit fighter that walked around with both middle fingers raised up daring someone to say something.

Some day, I’ll park my pudgy ass in one of these things even if it is just to make the engine noises and pretend that it is moving. Mock me if you want, I’m good with it!

Thanks to Roy for the tip!

Press play below to watch this totally killer short film!

When Outrageous Was Possible from Petrolicious on Vimeo.

Watch One Of The Most Intense Rock Bouncing Free Fall Wrecks We Have Ever Seen - Driver Is OK, Machine Pretty Beat Up Memorial Day Memories: A Tribute To The OH-58D Kiowa Warrior, The Blood, Sweat And Years

4 thoughts on “Fantastic Video: When Outrageous Was Possible – An Awesome Look At The Lambo Countach”