Proof Test: This 1964 Film Made At Sebring Highlights The Lotus Cortina In Action! 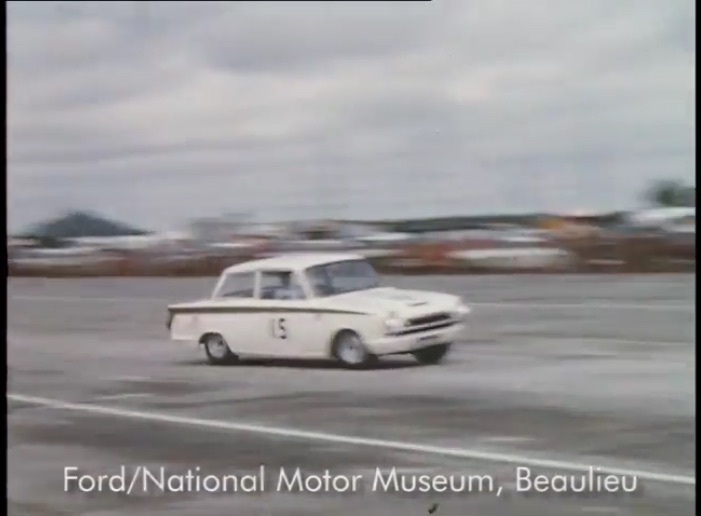 Colin Chapman was obviously the man assigned to take the little Cortina, one of the most popular and pedestrian cars for sale by Ford around the world and make a high performance version. Chapman did exactly that and about 4,000 were built over the course of time. Using a hot little twin-cam engine developed by Lotus as well as a beefed suspension and a dearth of anything that would add weight to the package, the end result was a killer little car that was at home on the streets asa stripped little coupe or on the track as a giant killer.

This 1964 film shot at Sebring and called “Proof Test” which was made by Ford shows just how potent these little cars were and still are. They compete both at the endurance race and a 250km “stock car” race the day before the main event. Jim Clark and Dan Gurney are the drivers, and they absolutely cane these little cars. The body lean is one thing but their ability to get the most from them is otherworldly.

Today these cars command a high dollar at auction or for private sale. I’d love to have one because they are gems that have gotten lost in the gears of history over time. How good are they? Watch this and see for yourself.

Nasty Video: Check Out The Wreckage Left Behind After This Rotary Powered Hot Rod Suffered An 8,000 RPM Clutch Explosion Happy 5/06! Let's Give The Hard Working 506ci Cummins C-Series Diesel Its Due!