Glowing Header And Screaming Engine – An 850hp 1.5L 1983 Spec Formula One Engine On The Dyno 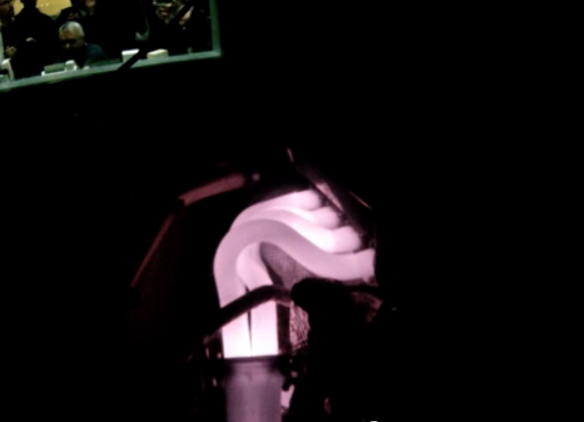 There’s a big stink in the F1 ranks these days about how the cars sound with the turbocharged V6 engines the series has mandated for 2014. In all honesty, we agree. The insane scream of the previous generation engines has been completely taken away and replaced with something that sounds like a UPS truck under load. That being said, we don’t really care because the cool stuff in F1 was happening in the 1980s when the engines kept getting smaller and factory teams kept boosting them harder to the point that rules makers had no where to go. The engine featured in this video is the mighty BMW M12 racing engine which measured out to 1.5L and made 850hp in qualifying tune. This stuff is bad ass to the 18th power.

In 1983 Nelson Piquet drove this engine in a Brabham chassis to the F1 title over Alain Prost by a scant three points. The engine made 850hp in qualifying tune up and made 650hp in race day tune up. This was all out of 1.5 liters without the aid of a lap top to tune it and live telemetry to monitor the engine. This was an era when racers reported back what they “felt” the car doing and crew chiefs acted accordingly. We’re not sure if there was a sound controversy in 1983 but the reality is that people were probably more concerned with stuff that mattered mechanically back then. Today all we have to whine about is paint schemes and sounds, which is sad because have foregone so much of the technical knowledge that inspired fans for so many years.

This video rules because it shows one of the great racing engines of all time working on the dyno and then working in the car it made so famous. You may be a diehard V8 fan but when credit is due, you should give it and this BMW engine has earned all the credit it ever got.