This Ancient GN JAP V8 Powered Car Has A Wooden Frame And Gets Driven – A 100+ Year Old Hot Rod! 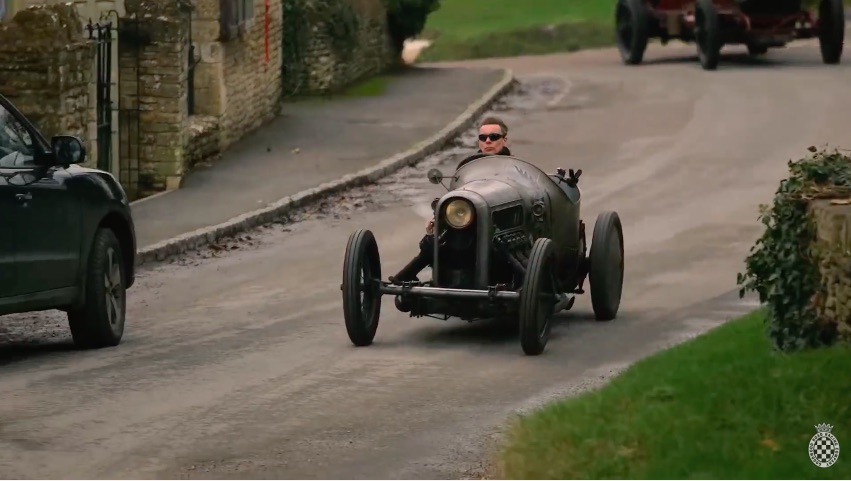 So before you think we’re making an ill-advised reference to Japan, we’re not. This is a 100+ year old GN cycle car that is powered by nearly as ancient JAP (JA Prestwich) V8 that was used in early airplanes. It is an amazing combo of things that pretty much do not exist anymore. GNs were “cyclecars” that used V-twin motorcycle engines and a belt drive to get themselves down the road. They were very cheap and probably damned fun in the early part of the 1900s. The V8 engine was never offered in this car and at the time the car was built the V8 engine was nothing anyone would have even dreamed of being in a car, let alone an airplane. The ancient GN JAP V8 powered car you will see here as a wooden frame and exactly no modern technology.

When it comes to one off, street driven cars, you are looking at a piece that is in a league by itself. The owner and operator of this thing is Richard Scaldwell and he’s awesome. One of the most telling lines is that the engine in this car may be the last running one on the planet because the rest of them are in museums or collections and just sit there collecting dust. We’re going to go out on a limb and say that it is the most frequently operating one left in the world because who else is firing up their JAP V8 powered anything. Exactly.

It is neat to hear Scaldwell talk about driving the car and how responsive and connected he feels in it. No, you wouldn’t want to crash it but hot damn is this thing something that we would love to drive. Big respect for Scaldwell for what he does with this ancient car and others. We’re in love.

2 thoughts on “This Ancient GN JAP V8 Powered Car Has A Wooden Frame And Gets Driven – A 100+ Year Old Hot Rod!”