Bathurst 1969 Video: At The Peak Of Total Performance Ford and Holden Fight An Aussie War 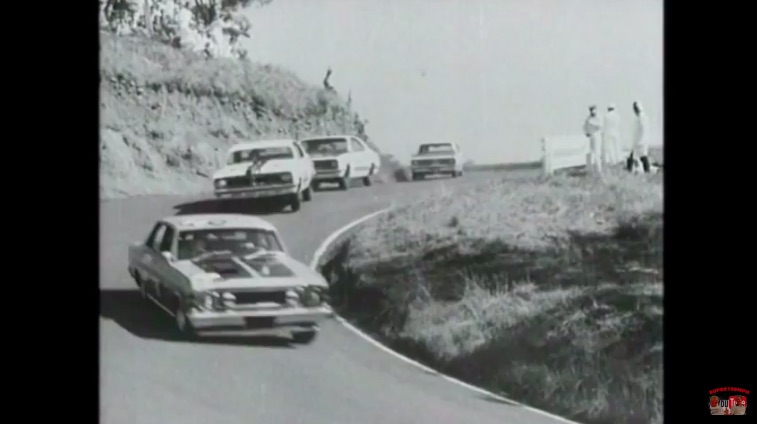 The battle of Ford vs Ferrari may have been the highest profile example of Ford’s “Total Performance” era but this was not just a fight between Ford and the Italian company, it was literally Ford vs the World.

The company wanted success in drag racing (Cobra Jets), SCCA road racing (Boss 302), Indy cars (Lotus program), and of course sports car racing with the GT40. But what about so-called “saloon car” style racing? Welp, that was the territory in Australia anyway of the famed Falcon GTHO. It debuted in 1969 after Holden (GM Australia) came out with the Monaro GTS327 model and beat everyone up.

This video from the 1969 race shows the now upgraded Holden GTS350 entries taking on the fresh faced Falcon GTHO entries and the enthusiasm behind both models.

The racing is spectacular, the cars are great and as you will see they were hard to drive like all the stuff was 50 years ago. When we first started watching the video and saw a few laps we were wondering how the cars lived through the whole race. The way they slide around, wallow on the suspension, and generally look ready to break apart at any minute cracked us up.

Colin Bond wins this race and it was a win that launched him into a 30 year career as a racing driver. Amazing stuff.

Press play below to watch some killer action from Bathurst 1969

One thought on “Bathurst 1969 Video: At The Peak Of Total Performance Ford and Holden Fight An Aussie War”