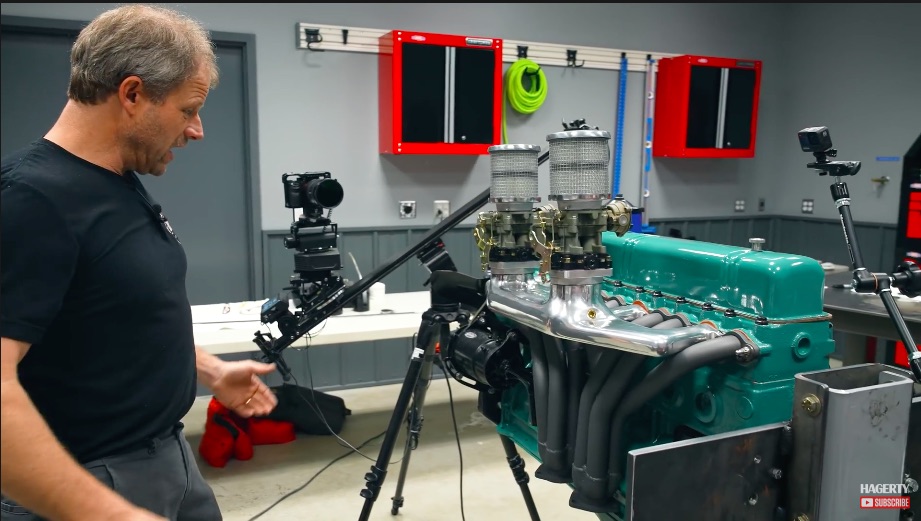 It has been a long road and one that wasn’t devoid of struggle but the sometimes resistant Buick Straight Eight that Davin was building over at Hagerty has finally reached the last stages of its construction. This engine from the jump has been a bit of a bastard but all the while Davin has been plugging away, making the necessary changes with regard to parts and pieces and in the end he comes out with a really cool piece.

This thing is not going to be some fire breathing powerhouse but it is going to make OK power for sure. From the revised piston design that was created to make some more compression and power, a better camshaft, upgraded induction, the cylinder head that has been improved mildly, the custom header, and other tweaks, this is going to be about the sweetest running inline eight we’ve seen built in some time. We cannot wait to hear it run.

The one thing we keep coming away with from these videos is just how big a lump the Buick straight eight is, especially all dressed up. The thing looks really mondo with an intake and carbs on it and even those carbs were a bit of an adventure to properly fit to the killer intake manifold. Like we said, every step was a struggle with this thing.

Load of Lotus: Check Out The Coolest Lotus Moments From Goodwood SpeedWeek 2020 Wild Mud Video: A Wheelstand and Driving Job For the Gumbo Slinging Ages