Hilarious GM Promotional Video From 1966 – How Chevy Bagged On The Red Hot Mustang With Corvairs, Novas, and Chevelles 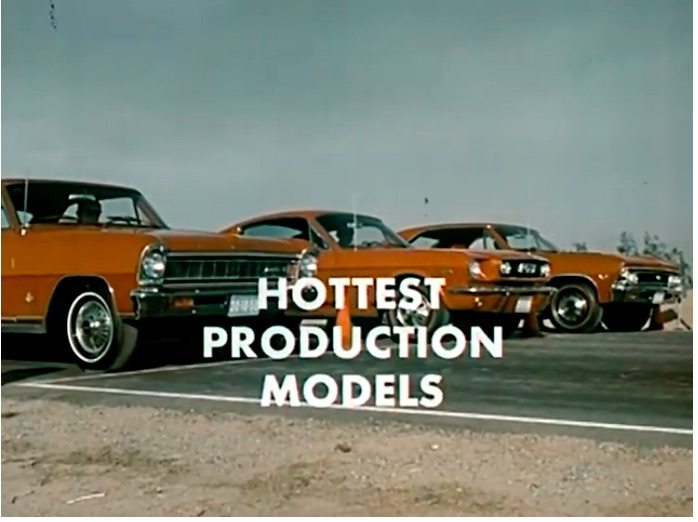 Chevrolet had to have been kind of panicked. Hey, they sere caught completely with their pants down in 1964 when Ford released the Mustang and created an icon right in front of them. By 1967 they would have a car to compete with Ford’s sensation and the Camaro would be a worthy opponent for many years, but what could they do before that? Chevy could try like hell to make you think the Mustang was the wrong car to buy and some of their stuff was better. Continuing on the western theme that the last couple of these videos have had, we are going to see a series of tests between  Mustang and a few different Chevrolet models.

Specifically we’re talking about a Corvair, Corvette, a Chevelle SS396, and a Chevy II Nova super sport. From clawing up dirt roads to running down the drag strip, Chevy does their level best to prove that the Mustang is a car trying to be too many things to too many people. Want to be fast? It isn’t as fast as a Corvette. Want to be roomy? It is not as roomy as a Nova. Want to take the thing off road rally racing? It’s not as good at that as a Corvair is. What?! Yeah.

So the great irony in all of this is that at the exact moment that this film was being made Chevrolet was working on a car that was its version of the Mustang, a car that would “fail” at all the same stuff the Ford does. A car that was the same “automotive shell game” they depict the Mustang as being! They also sold the hell out of them.

We’re not sure this video was effective as a defense for Chevy but it is fun to watch!

Ride Along In A Screaming Lola T70 As it Takes on Daytona - Iconic Car Space Age Railroad: The Story Of The Rocket Sled Track At Holloman Air Force Base - Amazing History!

One thought on “Hilarious GM Promotional Video From 1966 – How Chevy Bagged On The Red Hot Mustang With Corvairs, Novas, and Chevelles”