Engine Building Video: How Babbit Bearings Are Poured And Some Legit Tricks In How To Build A Model A Four Banger

Oct 10, 2019Brian LohnesApex Video, BangShift APEX, BangShift News, ENGINES, HISTORIC, MISC, VideosComments Off on Engine Building Video: How Babbit Bearings Are Poured And Some Legit Tricks In How To Build A Model A Four Banger 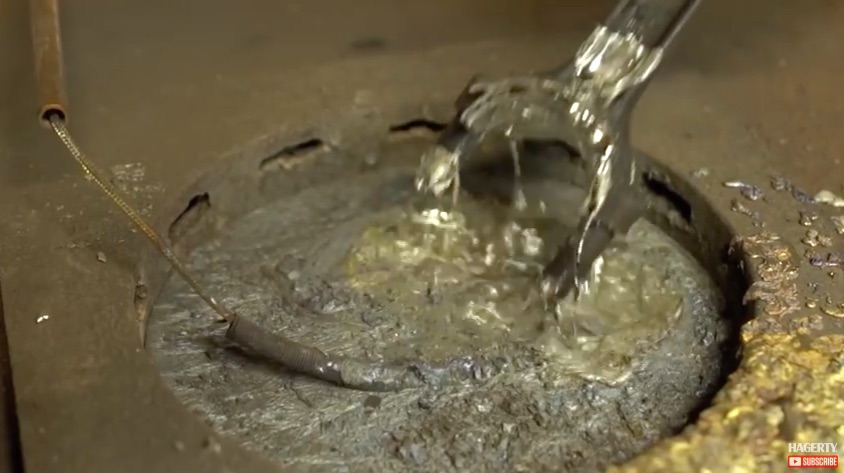 A short while back we showed you the Hagerty Redline Rebuild video that was focused around the reconstruction of a Model A Ford four cylinder. This was initially an engine that was built literally at a swap meet by the Hagerty Crew and then driven around. Well, it came time to do the job the right way so they blew the whole thing apart and lugged the parts off to one of the premier shops in the country in terms of these engines. Ron’s Machine Shop in Ohio builds hundreds and hundreds of these engines every year and they have developed some awesome techniques to make them even better than Henry Ford could have imagined about 100 years ago.

The Redline Rebuild series is amazing and we love every one of the videos that is generated from it. We doubly love the behind the scenes videos like this one that take us in-depth through the actual process of making the stuff you see happen in 5 minutes actually work.

The fascinating stuff here is the process of prepping and pouring the babbit bearings into the rods and the block as well as the modifications made to the flywheel and crankshaft that Ron’s have developed over the years. These are mechanical upgrades that will make the engine a little more peppy on the street and will likely add to is already legendary longevity. The addition of a high compression cylinder head may eek out a little more power as well.

Enjoy this trip to the machine shop where 100 year old practices meet some modern engine building techniques and the outcome is geared nirvana. Make sure you watch to the end for a cool bonus look at another project in the shop at Ron’s Machine.