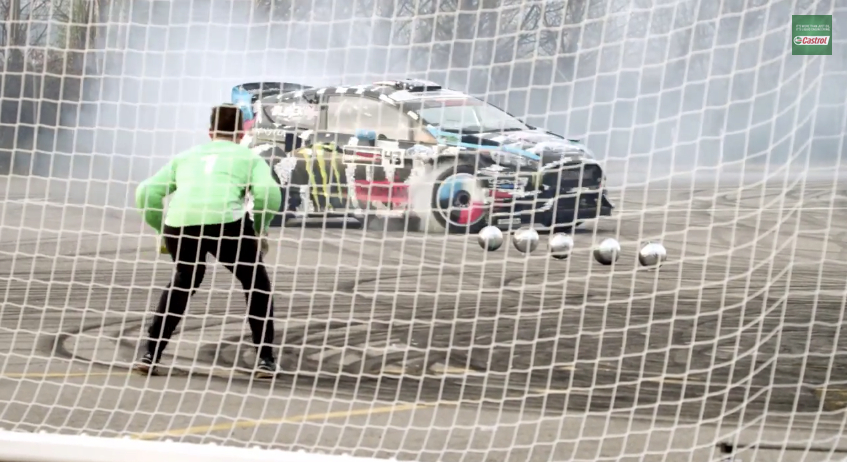 Last week we were tipped off that Ken Block would be releasing a new Gymkhana video on Tuesday, April 22nd. We were so hot and bothered by this news (Well, I was at least) that we binge-watched the last six videos in a row and rated them for you. Check that out HERE.

So, after running over thousands of lightbulbs, blowing donuts around Segways, and reappropriating San Francisco as his own personal playground, we had no idea what to expect next, but we were hoping it would be big.

Well, Gymkhana 7 this isn’t, but Castrol product placement aside, FootKhana is pretty entertaining and both Block and Neymar Jr seemed to be having a great time filming it. Check it out below and let us know what you think.