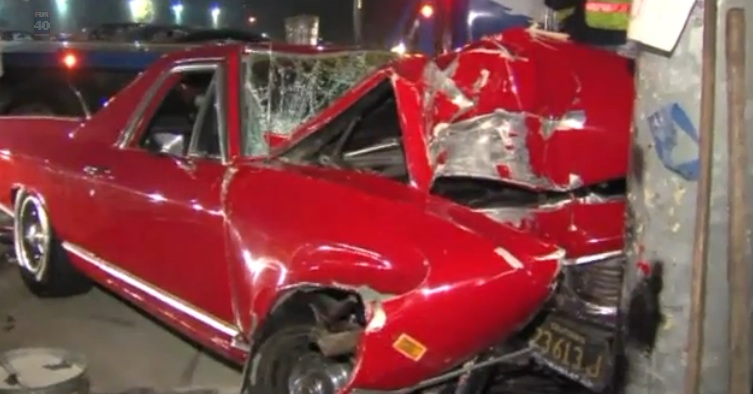 It was earlier this month when we ran the story of the guy leaving the Cars and Coffee gathering in his hot new BMW M4 and while trying to look cool lost control and violently jumped a median. The hilarious video can he seen here. Well, after talking about why idiots like that guy make it harder and harder for people to “trust” that hot rodders and car guys can hang out without causing a problem, we have this story out of Stockton, California. There is a phenomenon out there called “sideshows. Basically what we’re talking about are guys who have impromptu car shows that draw hundreds of cars to a lot. This part of the situation is totally fine. The police say that so long as people are just parking and checking out each other’s cars all is good. BUT, there have been a rash of cases lately where these things turn into burnout and drifting extravaganzas which is not good. Why is it not good? Because stories like this happen which make the whole car culture look bad.

The 20 year old guy who was driving this seemingly awesome El Camino was screwing around at one of these gatherings, decided that he’d rather run from the police than pay a ticket and he ended up burying his car into a pole and hurting himself along with causing his passenger to break her legs according to news reports. At the link below you can see video of what police are cracking down on and why they are doing it. You will also be able to see the intersection where this kid crashed. Looks like he came into a corner way too hot and the old El Camino plowed in a straight line instead of the direction he wanted it to go.

We’re imploring you at this point to not be “that guy”. We all have cruise nights and car shows we like to attend and hang out at. Bringing this type of attention to that stuff is not what the hobby needs, not what business owners need, etc. We hope that the driver and his girlfriend make a full recovery.

Thanks to Bob Oh for the tip.

CLICK HERE FOR NEWS VIDEO OF THE WRECK – LET’S STOP DOING THIS, OK? 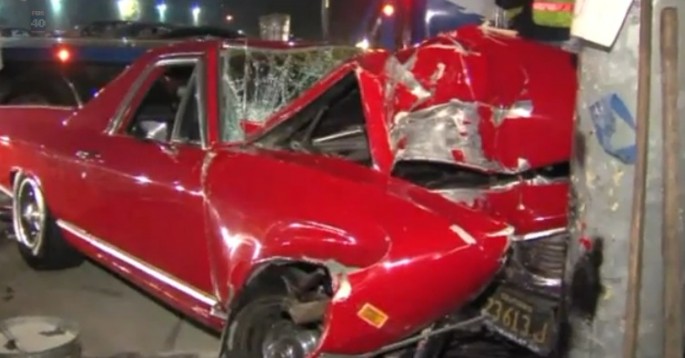