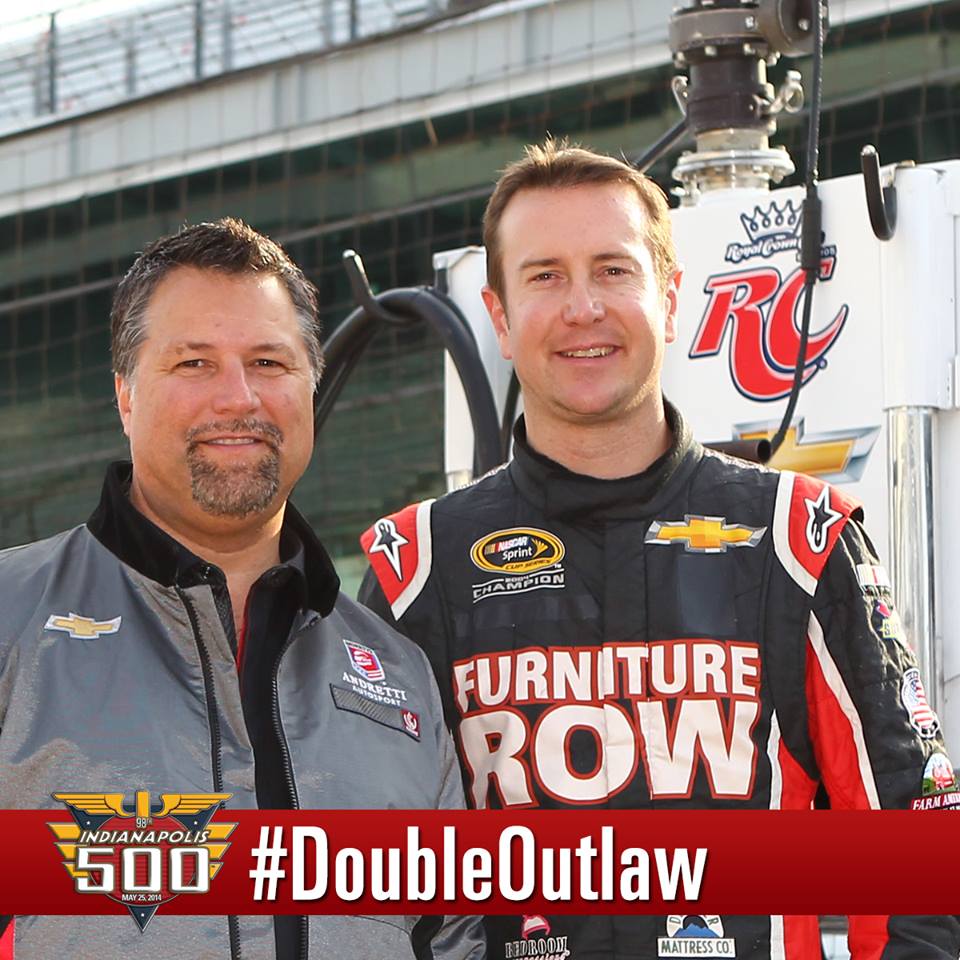 Love him or hate him, Kurt Busch is a racer and today’s announcement that he’ll become the fourth guy in history to attempt competition in both the Indy 500 and the NASCAR Coca-Cola 600 is proof of that fact. Busch’s boss and team owner Tony Stewart is one of the small group of racers who have attempted the feat and the only guy who has ever completed every lap of both races.

In 2001 Stewart finished sixth at Indy and third at Charlotte, a very impressive feat anyway you slice it. Robbie Gordon took the last shot at it in 2004. Gordon actually tried twice and fared pretty well in his first attempt in 2002 by running eighth at Indy and 16th at Charlotte. The only other racer to try it outside of those two and now Busch? John Andretti, brother of Michael Andretti, the car owner that Busch will be driving for at the brickyard. One of the reasons that the attempts stopped after 2004 is because the start times of the races moved too close together and it was physically impossible to get back and forth in time. That has been fixed and the speedway has a huge cash bonus for any racer who ran turn the trick and win both events. THAT would be beyond epic.

We watch the Indy 500 every year even though we largely don’t care a whole lot about open wheel racing. This sure spices the plot line up some for May! Will anyone else join Busch at Indy this year? Only time will tell.

It has been over a decade since it was last completed, but this May NASCAR Champion Kurt Busch will endeavor to become only the fourth driver in history to contest the “Double” – competing in IndyCar’s historic Indianapolis 500 and NASCAR’s 600-mile race in the same day. Busch will make his first career Indianapolis 500 qualifying attempt behind the wheel of an Andretti Autosport Indy car. His entry will complete a stable of five (5) for Michael Andretti’s championship winning IndyCar team. It is not the first pairing of Busch and Andretti Autosport, however, as in 2013 Busch completed a test day at Indianapolis Motor Speedway with the team and in the process passed the mandated Rookie Orientation program effectively setting the possibility of the “Double” into motion.

What lies in front of Busch is a grueling challenge, not only on the race day itself – scheduled for Sunday, May 25th when Busch will race 1,100 miles in two races, in two cities, in two totally different cars, but in practicing and qualifying his Andretti Autosport Indy car in addition to competing in three (3) NASCAR race weekends around Indianapolis 500 activities. The 35-year old American will start the two week Indy 500 stretch in Indianapolis May 11th, fresh from the NASCAR race in Kansas. After spending the week testing the Honda-powered Indy car, Busch will log some serious air miles traveling between Indianapolis and Charlotte so he can qualify for the 500-mile race and practice and qualify for the NASCAR All-Star race and that Series’ 600-mile race. In total Busch will likely make more than ten (10) trips between the cities – the most important and time sensitive being race day. Race day will place Busch in Indianapolis in the morning for the noon ET start time of the Indianapolis 500 before he makes the trip to Charlotte for the 6 p.m. ET green flag.

While the “Double” will be a new experience for Busch, it will actually be Andretti Autosport’s second time participating in the feat. Robby Gordon (who along with John Andretti and Tony Stewart are the three previous drivers to contest the “Double”) competed in both races in 2003, filling in at Indianapolis for an injured Dario Franchitti who at the time drove for Andretti Autosport.

Busch, an advocate for and representative of The Armed Forces Foundation, will be dedicating his Memorial Day mission to those who continue to inspire him each day – the men and women serving around the world in the United States Military. Fans can show their support by texting AFF to 50555 to pledge $10 to the cause.

Fans will have the opportunity to follow Busch through his action-packed month of May on AndrettiTV.com, with details coming soon.

“This is really to challenge myself within motorsports. Perhaps I am a bit of an old-school racer; a throw-back I guess. I enjoyed the era of drivers racing different cars and testing themselves in other series. It is tough to do now for a variety of factors, but when the opportunity is there, I want to do it. While NASCAR is my home, I have been fortunate to compete in Pro Stock on the NHRA circuit a number of years ago and test a V8 Supercar. This opportunity was a talk with Michael (Andretti) over dinner one night on ‘what if?’ and now it’s all becoming a reality for me to drive in the Indy 500 with Andretti Autosport. It’s literally a dream come true. To go to the famous Brickyard with the iconic Andretti name, it doesn’t get much cooler or better than that.

“It’s great having Tony (Stewart) as the co-owner of my NASCAR team as, in the weeks leading up to the month of May, it gives me a chance to talk with him about his personal experiences with the “Double” – to anticipate what’s next and have things checked off the list so that I’m mentally and physically prepared for the challenge. I owe a big thanks to Tony, Gene Haas, and the partners at Stewart-Haas – including General Motors – for allowing me to fulfill this dream, to challenge myself in motorsports and to do something special in this day and age.”

On his 2013 IndyCar test at Indianapolis Motor Speedway:

“That was a whole kid in a candy store moment of experiencing an open-wheel car at 220 mph.  You can definitely get a different appreciation for the track and its heritage with an open-wheel car versus a stock car that I’ve done the last 15 years. It got my mind going and the juices flowing on ‘I want to do this.’ The adrenaline and excitement was there, and it fueled the passion to work on the details and turn the dream into a reality. And now here we are.”

“I’m really excited to have Kurt come onboard for the Indy 500. He did a great job for us when he tested last year. He’s obviously a natural talent and we feel he is going to take to the Indy car quickly and have a competitive month with us.” 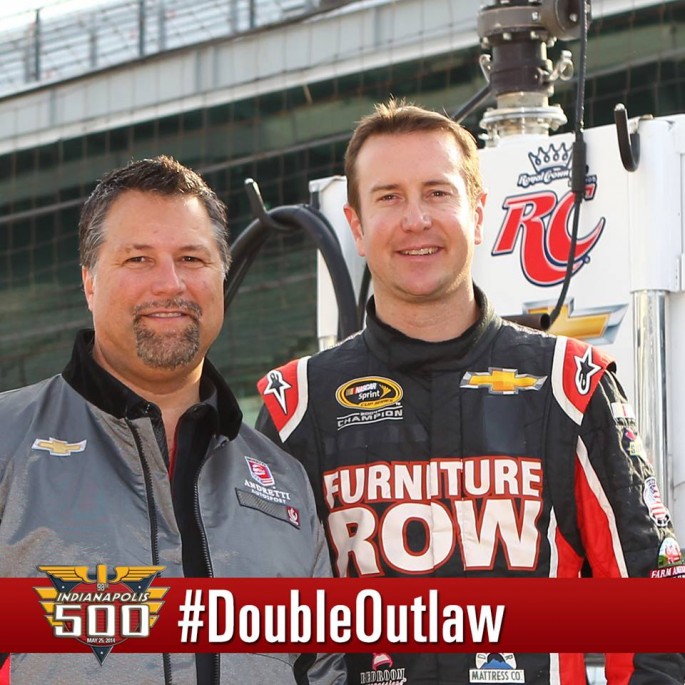 Craigslist Find: Either The Most Hilarious Or Bull Puckey Laden V6 Mustang Ad Of All Time Gallery: The 2014 Cavalcade Of Cars - Hamburg, NY