Listen To A BRM V16 Scream Up The Hill At Goodwood, Best Sounding (Non-Nitro Burning) Race Engine Ever 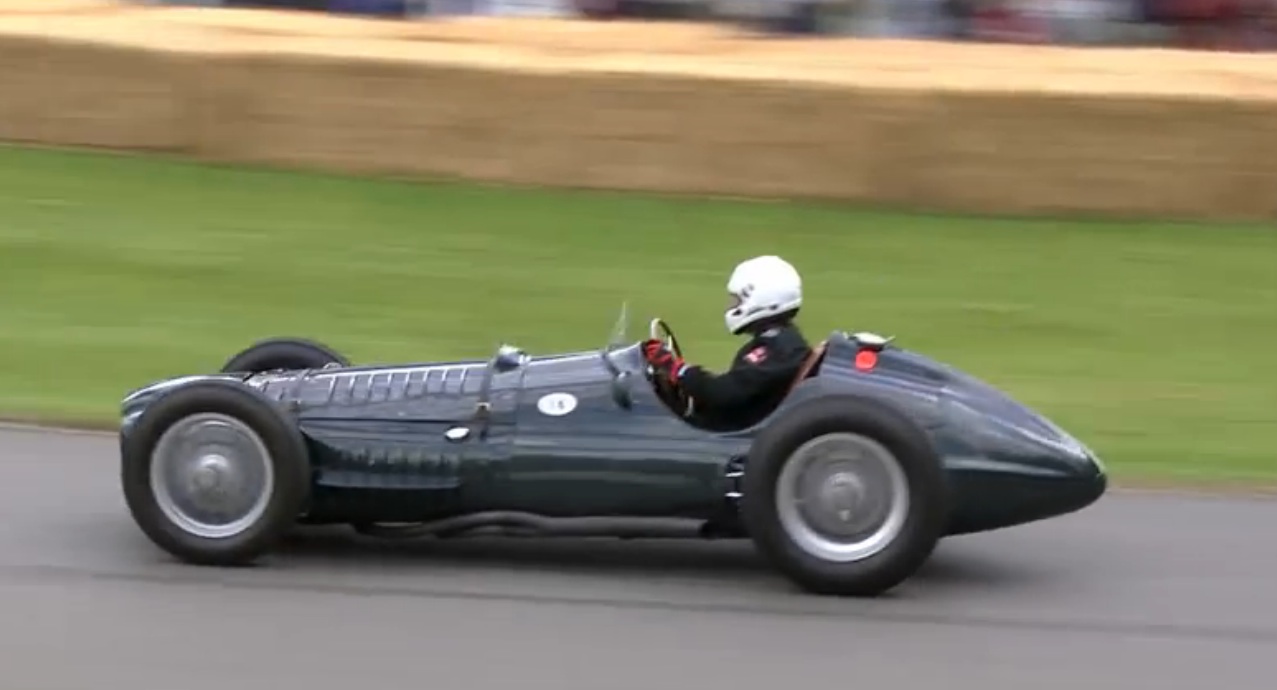 BangShift reader Jack Church sent us the tip on this cool video that was made at the 2014 Goodwood event and it is really awesome for two reasons. The first reason is the fact that we get some fun history about the engine and the second reason is we get to hear the tiny V16 working for a living to power the beautiful old Grand Prix car up the hill. The BRM V16 was a 1.5L (90ci) 16-cylinder engine with twin blowers, four magnetos, and one of the most horrible reputations ever for a racing engine. They were notoriously unreliable and it isn’t tough to understand why with all of the parts and pieces they required to make the prodigious power they produced. According to the interview that comes before the track footage, the engine is a pig below 7,000 RPM but from about 7,200 to 7,500 the power output nearly doubles and stays up around 700 to wherever the redline of the thing is. When you think about how small the bore and stroke of this thing must have been to get 16 cylinders out of 90ci, you begin to understand why it needed the revs to make the power. Unfortunately it was probably the undoing of the thing as well because all of the other components were being taxed very hard at those speeds.

On the plus side, we’re sticking with our belief that this is the single best sounding gas/alky burning race engine of all time. When you hear it on the hill you’ll be amazed at the sounds pouring out of the exhaust pipes. Just pure anger. Sitting between those pipes and controlling the noise with your foot must be the ultimate in gearhead joy. We watched the video a couple of times and tried to envision what the thing would have sounded like as a V8 and we’re not sure it would be anywhere near as good as the 16-holer sounds. What do you think?

Believe it or not, BRM didn’t really learn from their V16 failure and actually introduced an H16 engine later, which was even more complex and not all that successful. The one thing we certainly admire is the fact that there were guys willing to try back then. Going way out on the ledge…way, way, way out on the ledge was something to be proud of and BRM certainly went there. It didn’t pay off but they left us with one hell of a good sounding mill for their efforts. We guess it wasn’t a failure after all.

Thrill! This Video Is The Opening Of The Awesome Eddie Hill Story Video Dean Papadeas Made In The 1980s. What's It Weigh? Check Out The RideTech Vehicle Weight Database To See More Than 1,800 Different Vehicle Weights!