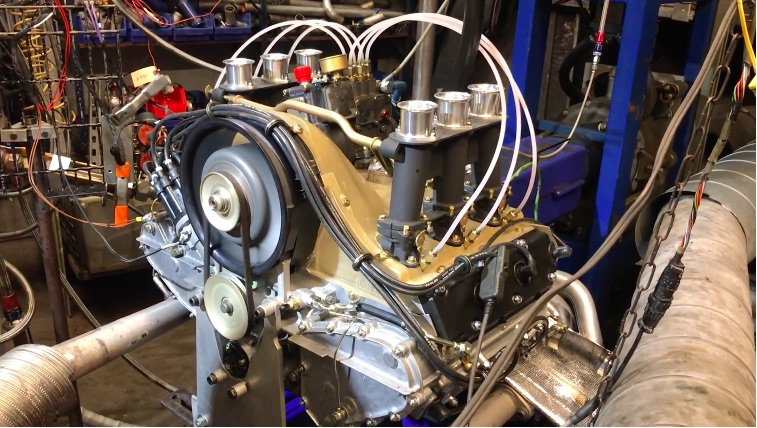 When it comes to cool engines, one cannot deny that the Porsche legacy of flat power plants is among the top. These varied nature of their size, their power output, their displacement, and even the number of cylinders is mind boggling. From the well balanced and strong running street engines that made a few hundred horsepower to the mighty turbocharged engines of the Can Am series that produced more than 1,000, the scalable nature of Porsche power plants in both displacement and output is nearly unrivaled.

This video is a celebration of that and the way it is celebrated is through featuring dyno pulls of many variants of Porsche six cylinder engines. Turbocharged beasts making 900hp are seemingly just as awesome as naturally aspirated, fuel injected screamers making 210. One of the things that is interesting, especially hearing so many pulls back to back in this footage is the sound difference between engines that are similar in displacement and exactly the same in configuration. The mighty RSR engine is an animal with a seemingly much more aggressive valvetrain and higher RPM ceiling than the more mild street engines.

After we watch a video like this, a weird part of us is driven to sneak over to eBay and see what “off year” Porsches are selling for. One would think that some of the 1970s decade cars would not be all that expensive…and with the right exhaust along with some tweaking you could have this kind of noise piling out of the exhaust behind you. No shame in that game.

Press play below to see an amazing collection of Porsche engine dyno!

This Video From The 1970 Can-Am Race At Road Atlanta Is Amazing - See The Chaparral Sucker Car In Action! This Simple Video Is A Great Little Learning Lesson About How Interesting Nitromethane Is As A Fuel

One thought on “Watch A Series Of Porsche Engines Make Dyno Pulls – 200hp Through 900hp!”